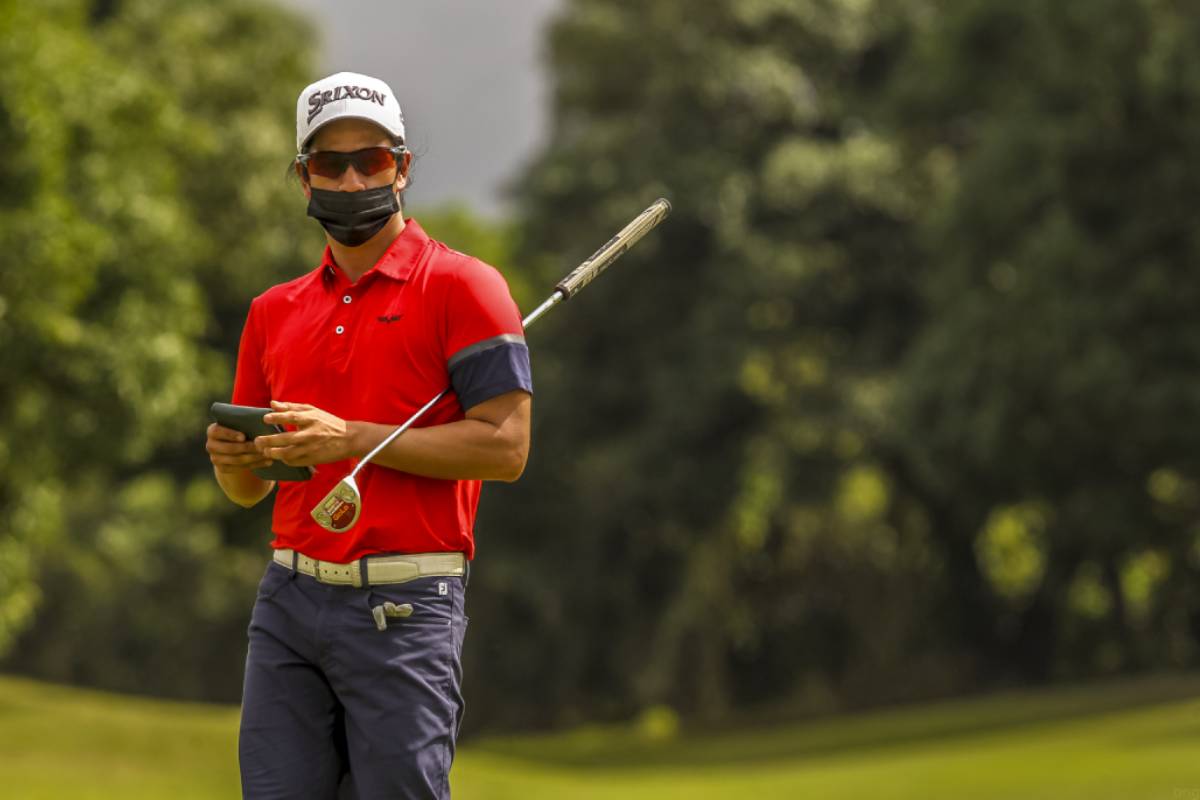 Fidel Concepcion brandished hot irons and putter in cloudy, windy conditions then bucked fatigue and Langer’s tough finishing hole to snatch a one-stroke lead over fancied Angelo Que with a five-under 66 at the start of the ICTSI Riviera Championship in Silang, Cavite, Tuesday.

A bogey on the treacherous par-4 18th ruined what could’ve been an explosive round for the former Southern Utah Univ. standout, who came into the P2.5 million event upbeat of his chances against the Philippine Golf Tour’s big guns after finishing tied for seventh with Miguel Tabuena in the ICTSI Riviera Invitational Challenge at the adjacent Couples course three weeks ago.

He hit three birdies at the front set up by superb approach shots on the receptive surface then birdied three of the first four holes at the tougher backside of the par-71 layout. He, however, missed completing an impeccable round after missing the 18th green and failing to go up-and-down for a 32-34 card.

“I was so tired (going to the 18th green) and couldn’t control my shot,” rued the 24-year-old Concepcion, who grew up in Sydney, Australia, and finished at No. 15 in last year’s PGT Order of Merit ranking.

“I executed a lot of shots well and thought I didn’t make a lot of mistakes, apart from a few misreads,” added Concepcion, who kept working on his skills during the long break due to the global health crisis.

It actually took the big-hitting Que, who placed fourth at the Couples, six holes before draining his first birdie. After negating his birdie on the 10th with a bogey on No. 12, he birdied two of the next three then flashed his awesome power and eagled the 16th to earn a shared view of the top, only to reel back with a bogey on the next for a 34-33.

“I played pretty good – drove the ball and put very well. I got lucky on few holes and I’m happy with the way I played today,” said Que, adding he’d be taking it easy in the next three days, hit some fairways and greens, and hole some putts.

Tony Lascuña, who romped away with a four-shot win at Couples, found the Langer too tough to handle, limping with a birdie-less 76 marred by four bogeys in the last seven holes.

At joint 34th with Michael Bibat, Richard Sinfuego, Jhonnel Ababa, and Jun Bernis, the four-time OOM champion lay 10 shots off Concepcion although he remained hopeful to mount a strong comeback in the no-cut tournament put up by ICTSI and organized by Pilipinas Golf Tournaments, Inc.

Tabuena likewise hobbled with a 77 for joint 40th in the 47-player field, his round blemished by four bogeys, and two double bogeys with only a birdie to show on No. 15.

Art Arbole rebounded from a bogey on No. 5 with three birdies to tie Ferdie Aunzo, who also bogeyed the 18th, and Sean Talmadge, who birdied the last two holes, at 69 as the lesser lights dominated the first 18 holes of the four-day championship capping the two-tournament bubble swing in new normal.

Ira Alido, who tied for second with Rupert Zaragosa the first time out, hit two late birdies to save a 70 in a tie with Justin Quiban while Zaragosa settled for a two-birdie, two-bogey game for a 71 and joint eighth with Dino Villanueva.