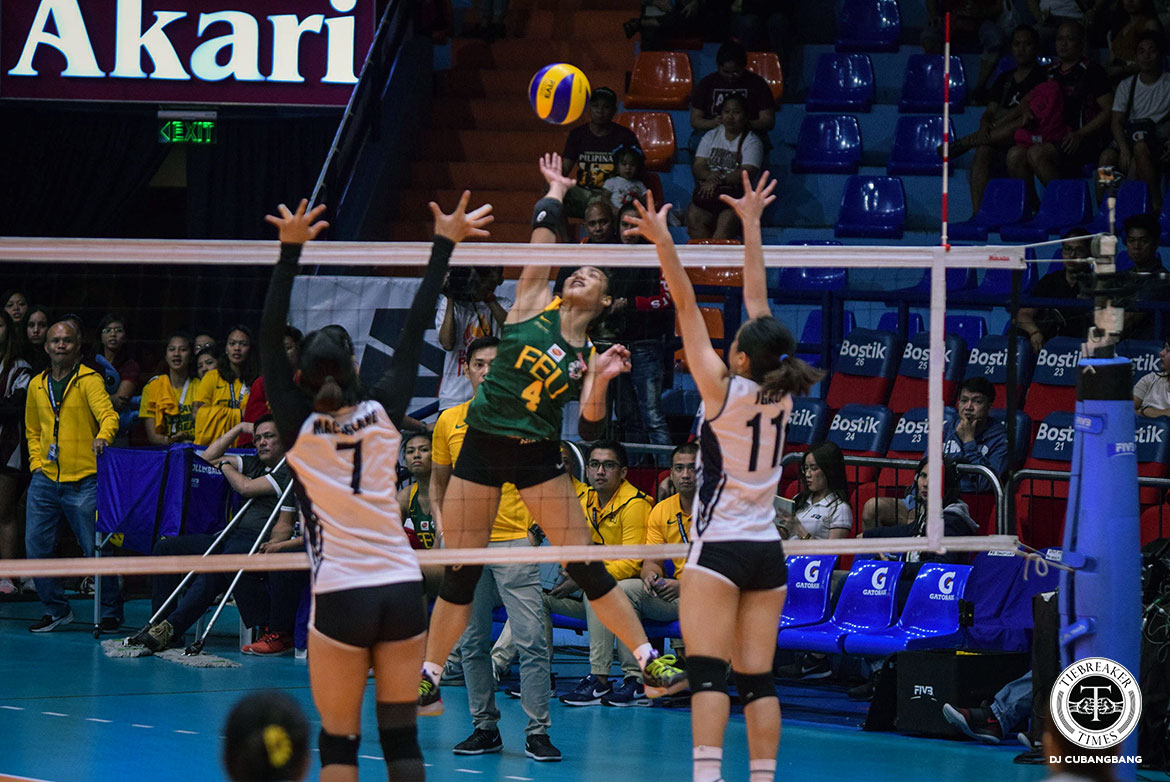 After throwing away the fourth frame, FEU took control of the decider, taking an 8-3 lead after two Adamson errors. Graduating middle blocker Joy Dacoron made up for her previous errors, pulling Adamson within two, 8-6, with three consecutive points. Behind Heather Guino-O, Celine Domingo, Kyle Negrito and, Cza Carandang, the Lady Tamaraws regained momentum with a 12-7 cushion. Lycha Ebon finished off Adamson with a spike and a block.

FEU head coach George Pascua emphasized the importance of keeping his players calm and focused through the crucial stretches of the match.

Eli Soyud topped the Lady Falcons with 14 points, while Dacoron finished with 13 markers.

FEU (4-2) take on the De La Salle University Lady Spikers (4-2) in a rematch of last season’s finals next Sunday. Meanwhile, Adamson (1-4) face the Ateneo De Manila University Lady Eagles (3-1) on Wednesday. Both matches will be played at the FilOil Flying V Centre.

Alex Compton on loss to Magnolia: ‘We got handled’