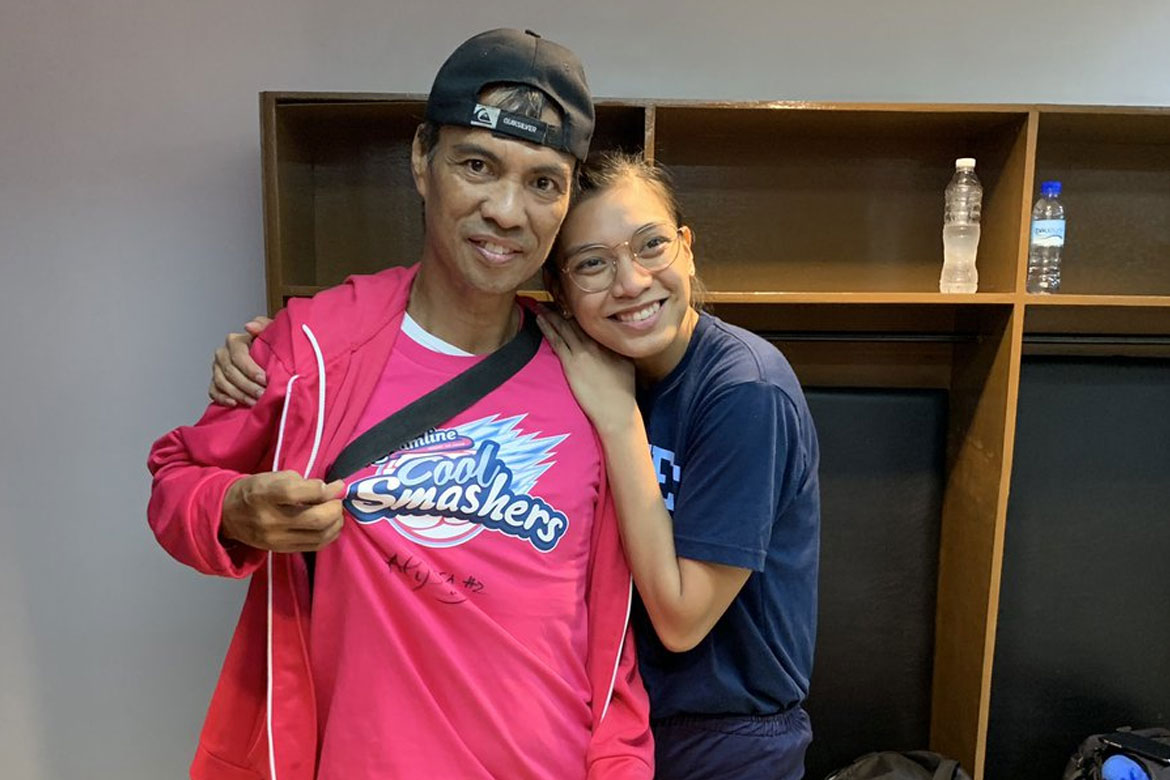 Ricky Matrimonio might just be another fan of volleyball superstar Alyssa Valdez among a crowd full of followers, but a video posted on social media has changed everything.

Matrimonio has always been a believer of Valdez ever since her days with the Ateneo Lady Eagles. From there, he had always dreamt of meeting the well-renowned athlete.

Last December 2018, however, the 50-year-old suffered a stroke. The light of his steep-yet-achievable dream slowly dwindled as he struggled to go out and about due to his unfortunate state.

But after a sudden turn of events almost a year removed from the incident, Matrimonio found his way inside the FilOil Flying V Centre as he watched Valdez and the Creamline Cool Smashers go up against Bali Pure in the last elimination round game of the 2019 PVL Reinforced Conference.

Keeping him company was her daughter, Princes Rina who recalled that a friend of her, a Motolite fan, gave her free tickets to the game.

As if things couldn’t get any better for Matrimonio, the match that he watched and chanced upon was not just any other game. After all, it was played on June 29 – the day Valdez celebrated her 26th birthday.

As Matrimonio marveled at Valdez and tears of joy ran down his face, his daughter couldn’t help but record the passionate moment.

On July 10, almost two weeks after, Rina posted the video on her social media accounts. Within a couple of hours, the one she posted on Twitter ammassed thousands of likes, views and retweets.

And it was only a matter of time for it to reach Valdez.

Aside from Valdez, other personalities caught wind of the viral tweet. One of them was Mozzy Ravena, who replied on the post with kind intention of providing tickets for both the father and daughter.

And the dream Matrimonio kept for so long came into reality Saturday evening.

After he watched Valdez and the Cool Smashers in Game Two of the PVL Reinforced Conference Finals, Matrimonio, in an emotional encounter in Creamline’s dugout, finally met his inspiration.

Though she was licking the wounds of a shock defeat to Petro Gazz, an overwhelming joy washed away every sense of sadness in Valdez upon meeting her superfan.

On the outside looking in, Matrimonio may just actually be another fan in a crowd full of followers who have been captivated by the humble demeanor and awe-inspiring prowess of the volleyball icon.

But after the fateful encounter, he is now and will always be an inspiration for Valdez.

Player of the Week Jethro Mendoza on EAC mindset versus Lyceum: ‘Sabi lang namin, atin ‘to’