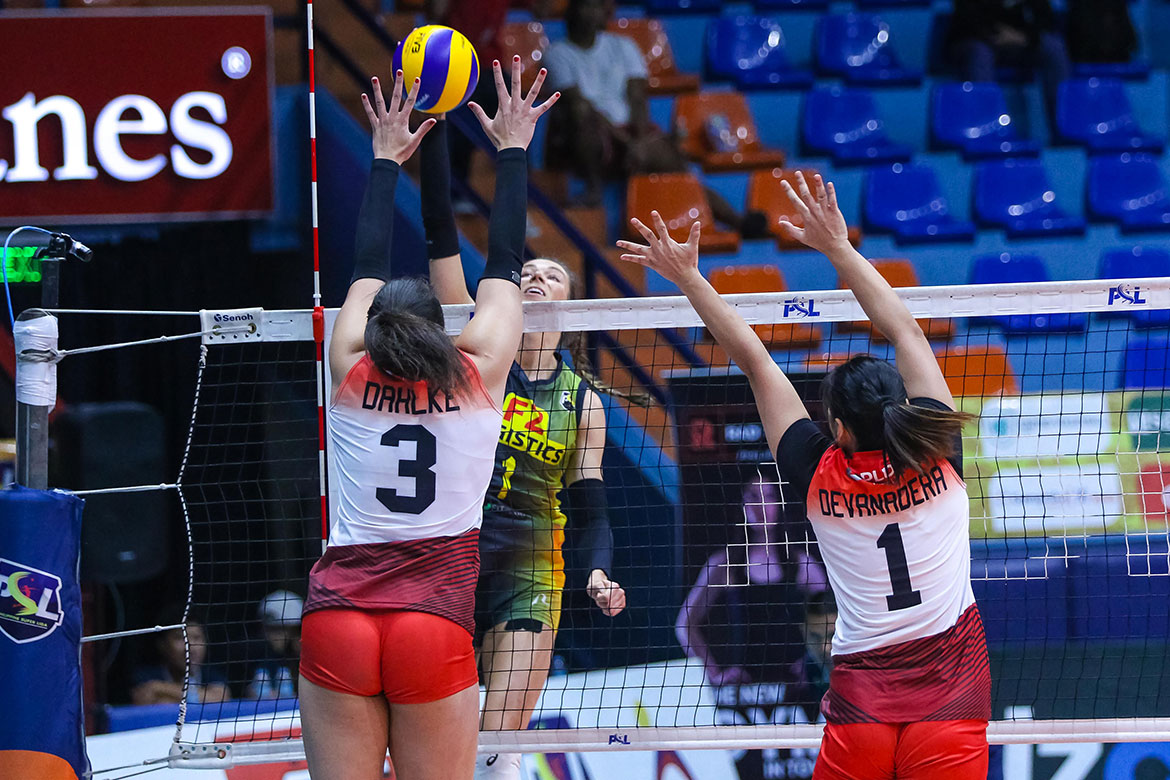 PLDT reached set point first in the opening set, 24-21, after a smash from Kendra Dahlke. Lindsay Stalzer then sparked a fiery rally, breaking off two straight spikes that propelled her squad to a 5-0 run. The equally-tight second set swung F2 Logistics’ away after PLDT’s Grace Lazard served short, giving the Cargo Movers a 25-24 lead. Aby Maraño then clinched the set win, pounding an over-passed ball in the following play.

The third set was tight until PLDT were derailed by a yellow and red card called on head coach Roger Gorayeb for excessive complaining. From a slim 13-12 lead, F2 Logistics then surged to a 19-13 advantage and never looked back.

F2 Logistics was stingy, giving up just 11 errors. Lindsay Stalzer and MJ Perez led the Cargo Movers with 16 points each.

F2 Logistics face the Petron Blaze Spikers in the best-of-three Finals, which begins on Tuesday. The two squads meet in the Finals for the sixth time with Petron holding a 3-2 lead in the matchup.

The Power Hitters take on Cignal HD in the bronze medal match, also on Tuesday.