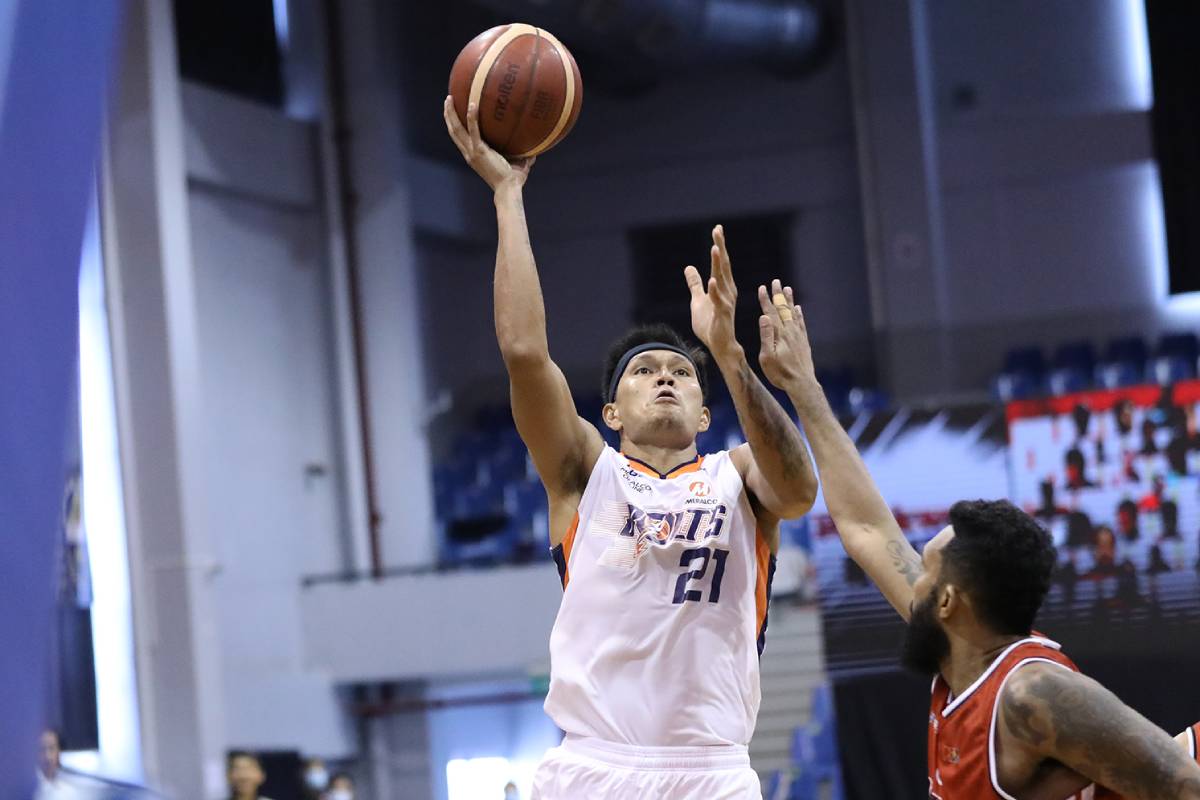 The 6-foot-4 big man just turned 42 on Tuesday, but has proven this season that age is just a number. Fans only need look at their match versus the young Blackwater on Wednesday afternoon.

There, Hugnatan finished with 14 points on 6-of-9 shooting from the field, on top of three rebounds, two assists, and a steal in over 25 minutes. His performance helped provide the spark in their 89-85 triumph.

He was then adjudged as the Best Player of the Game.

“If I didn’t have this mask on my face, you could see there’s a smile on my face,” said Black post-game. “It’s an amazement that he’s still playing at the level he’s playing at despite the fact he is getting older.

“We call him Pops and he comes to work every day. He puts the work in and keeps his body in great shape. And I’m happy for him that he’s the Best Player today, particularly since it was his birthday yesterday.”

Hugnatan has been a consistent cog for the Orangemen this season. Before scoring a lowly six points in their 101-92 conquest of the NLEX Road Warriors last week, he was averaging 14.2 points.

After their win over the Elite — hiking their win-loss record to 4-3 — Hugnatan now has norms of 13.0 points. He’s even the second-best scorer of Meralco behind star guard Chris Newsome, who has 14.6.

#ReadMore  Tenorio, Brownlee too much for Blackwater as Ginebra bags third straight win

Black admitted that he never saw it coming.

“I didn’t expect Reynel Hugnatan would be one of our leading scorers this conference, to be quite honest with you,” he said. “But I’m accepting the fact that he’s there every single game for us.

“He’s playing well, so he’s always going to be on the court.”

For Black, Hugnatan’s fine play in this shortened season is largely thanks to the work he put in during the months-long break brought upon by the pandemic. He credited big man’s efforts stay in the best possible shape he can.

“I think a lot of it has to do with the fact that he kept himself in great shape during the pandemic when we weren’t playing,” he said. “I think you can say that for most of the players. The ones who kept themselves in better shape are the ones who are really excelling right now.

“And Reynel’s the type that he doesn’t have to be told to do anything, he just does it because he’s a professional. And it’s really helping us right now.”