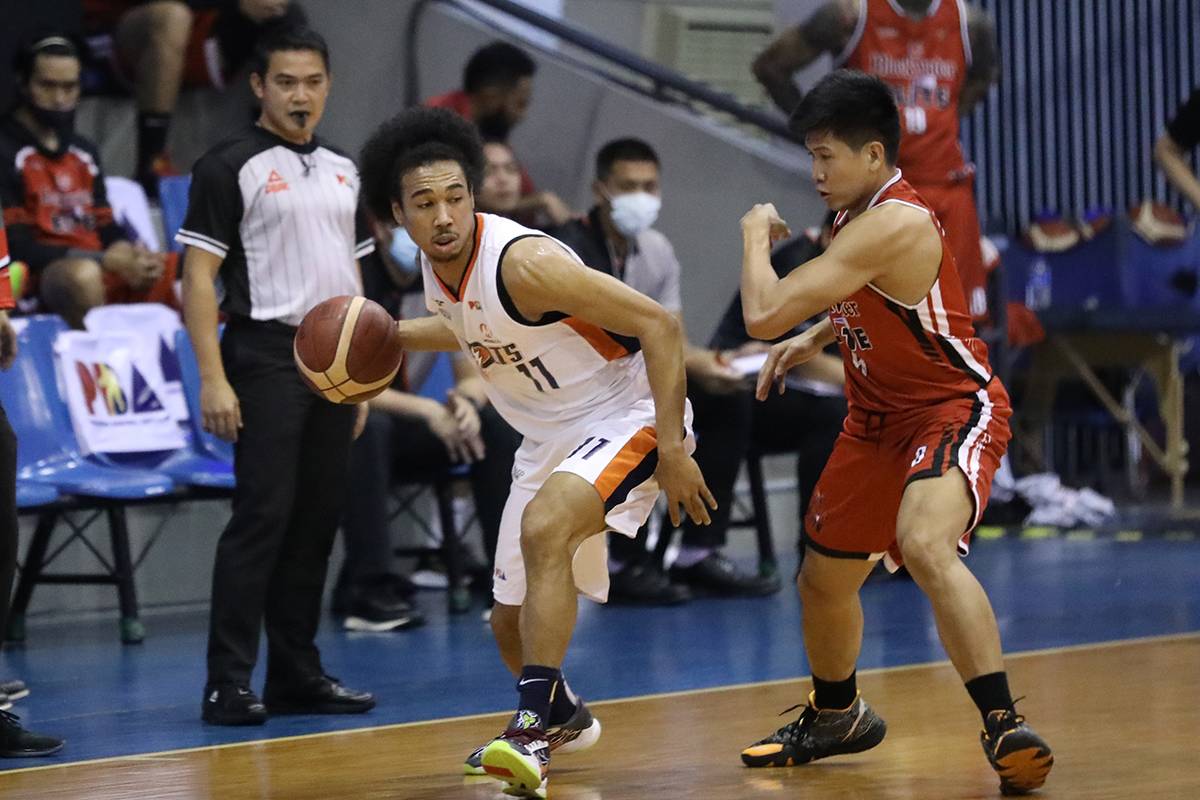 Chris Newsome had 19 points and eight rebounds to lead the Bolts, who improved to 4-3 following the win — a win which they managed to bag even after turning the ball over a whopping 26 times in the game.

“We had too many turnovers. We made a lot of mistakes down the stretch. But we did enough to win the basketball game, and that’s all that’s really important right now,” said head coach Norman Black.

The Bolts seized control of the match from the get-go and even led by 13 four times, but their hold of the driver’s seat got shaken when the Elite cut the deficit to just two points, 73-75, with 4:35 remaining in the game.

Bonq Quinto, though, sank a triple to stop them on their tracks, and five straight points by Newsome in response to a Don Trollano finger-roll widened the Orangemen’s lead to eight, 83-75, with 2:15 on the clock.

Raymond Almazan and rookie Aaron Black then came up with their own buckets afterward, which served as the knockout blows to their foes en route to keeping themselves in the fight for the Top Four.

“Our goal today was to put ourselves in a position to make the playoffs. That’s what we’re trying to accomplish. We looked it up and I don’t think we’ve made the playoffs in the last four or five years in the All-Filipino,” Black said.

Reynel Hugnatan, who just turned 42 Tuesday, finished with 14 points on 6-of-9 shooting, on top of three rebounds, two assists, and a steal. Quinto had 14 as well while Cliff Hodge added 10 markers and eight boards.

Trollano led Blackwater with 16 points and six rebounds as the Elote absorbed their fourth consecutive loss in the bubble, dropping to 10th place in the standings with a total of five losses against two wins.

Tensions flared in the last 5.9 seconds of the match when Blackwater’s KG Canaleta and Meralco’s Raymar Jose got caught swinging into each other following a bit of a physical play between them near the rim.

The two were assessed with a flagrant foul penalty 2 each that led to their automatic ejection, the first time this season that an F2 infraction got called. They will be summoned by the Commissioner’s Office.

Meralco will play again tomorrow, Thursday, Nov. 5, versus Rain or Shine at 4:00 p.m., while Blackwater will face Terrafirma on Friday, Nov 6, at 10:00 a.m. as they will open another quadruple-header.