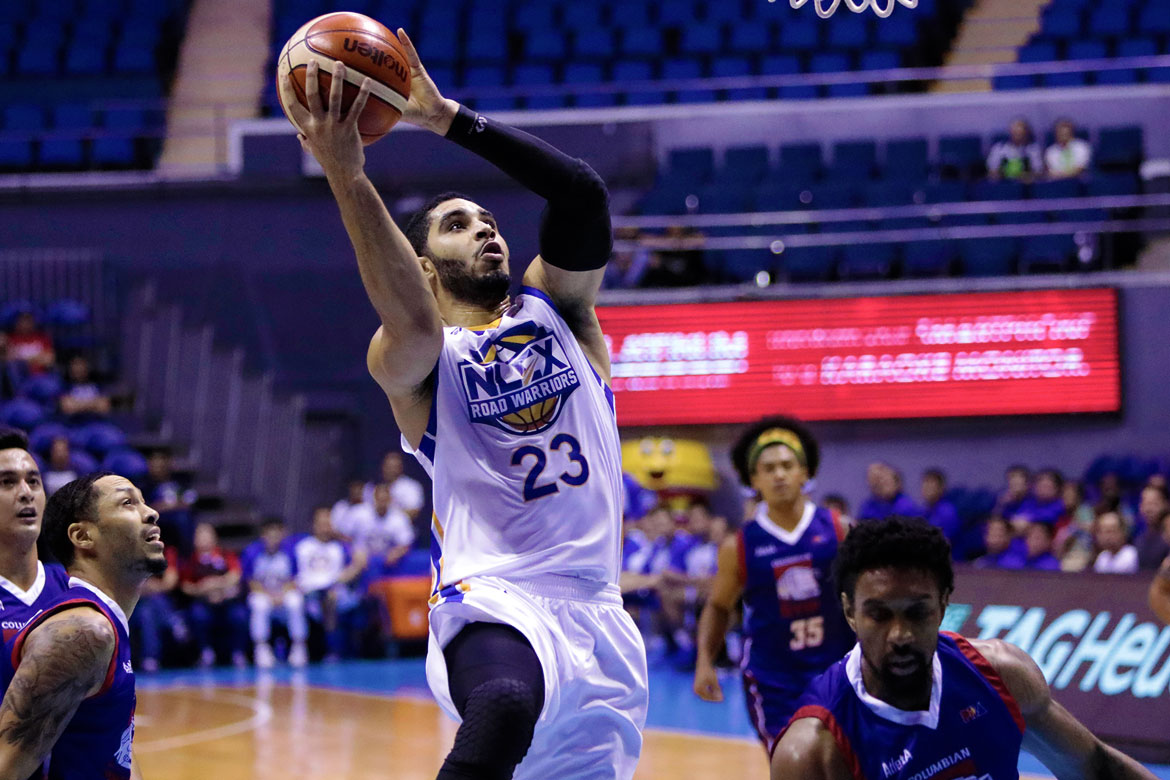 Aaron Fuller played as if he had never left the NLEX Road Warriors.

Fuller, who came in for the hurt Olu Ashaolu, dropped 35 points and 21 rebounds to help the Road Warriors get back on track with a 116-104 victory over the Columbian Dyip, Wednesday at the SMART Araneta Coliseum.

“Those are typical Aaron numbers – not the scoring but the rebounds,” praised NLEX interim head coach Jojo Lastimosa of the 28-year-old, who helped the Road Warriors reach the 2017 Governors’ Cup quarterfinals.

“We know that this is a must win game, I just came out and tried to help the team get the win and that we did,” said Fuller, on the other hand.

But as much as he’s impressed with the way he performed that helped the Road Warriors improve their record to 3-1, the University of Southern California product wasn’t satisfied, saying that he has yet to regain his old form.

“I was pretty winded in the end… The last league I played in ended in March. I was just waiting around to come back here. For the meantime I was just working out at home,” said the 30-year-old Fuller, who last played in Luxembourg.

Fuller and the Road Warriors’ next game is set this Saturday against the June Mar Fajardo-less San Miguel Beermen. The Arizona native now looks forward to that, and he hopes that he’ll be in a much better shape against SMB.

“Hopefully in the next game I have better conditioning,” he said.

“Hopefully, I keep getting better.”

Jojo Lastimosa on NLEX’s strong start: ‘If there’s one guy that should be happy, it’s Coach Yeng’