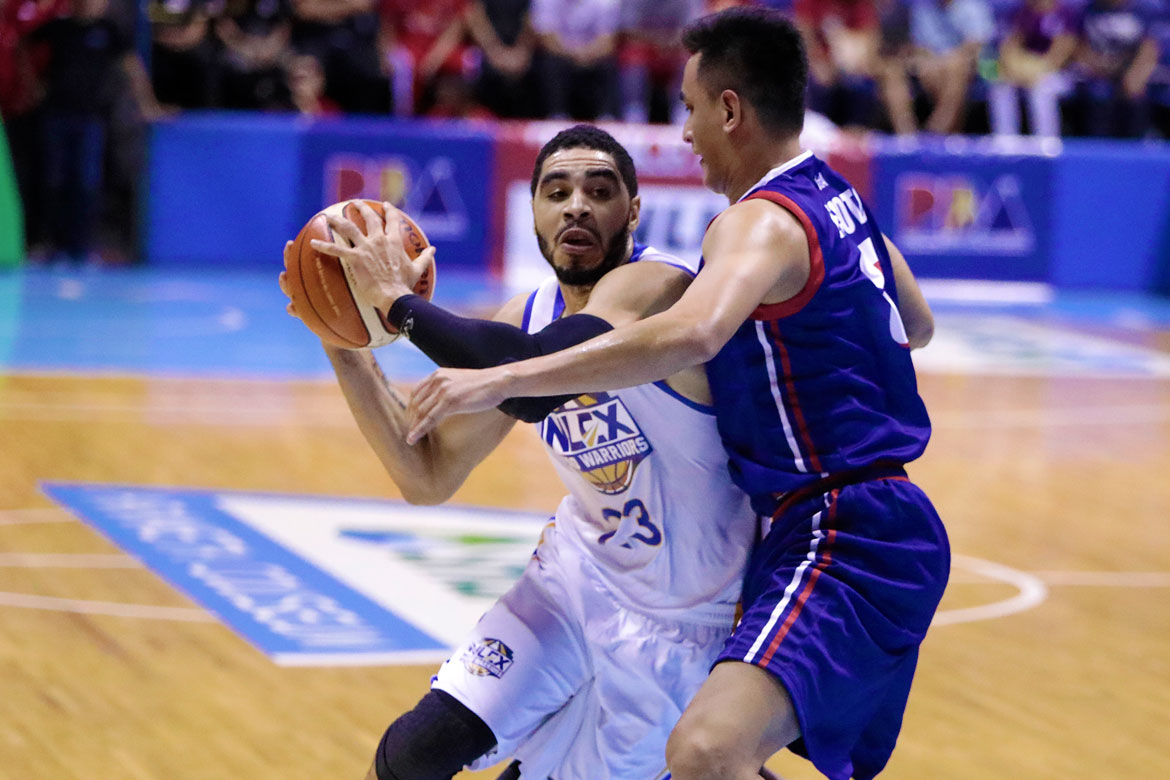 With import Aaron Fuller back in the fold, the NLEX Road Warriors returned to their winning ways as they rendered the Columbian Dyip winless in three games, 116-104, in the 2018 Governors’ Cup, Wednesday at SMART Araneta Coliseum.

The Road Warriors improved to 3-1 and are now at the third spot of the team standings. The Dyip have gone 0-3.

“We knew coming in that Columbian is no pushover, so we told the team that we need to earn this win tonight,” said interim head coach Jojo Lastimosa. “And for some reason we were able to defend well so it was a great second half.”

“That’s typical Aaron numbers – not the scoring but the rebounding,” said Lastimosa of their returning reinforcement, who helped the Road Warriors reach the Governors’ Cup quarterfinals last season.

Larry Fonacier had 17 points, while Kenneth Ighalo chipped in 15 markers.

After engaging in a close fight with Columbian in the first three quarters, NLEX pulled away in the final frame. From a slim two-point lead, the Road Warriors fired 11 straight points for a 102-89 lead with 8:33 to go.

The Dyip still fought back and closed in by five with 3:23 remaining, but back-to-back triples by JR Quiñahan and Fonacier pushed NLEX’s lead back to 11, 113-102, with 1:19 left to play – more than enough to finish off Columbian.

Quiñahan and former Columbian player Bong Galanza chipped in 10 markers in the victory.

NLEX will look to sustain their rhythm versus the San Miguel Beer on Saturday, September 1, at 6:45 PM, while the Dyip will take on defending champs Barangay Ginebra San Miguel on Friday, August 31, at 7:00 PM. Both games are still at the Big Dome.