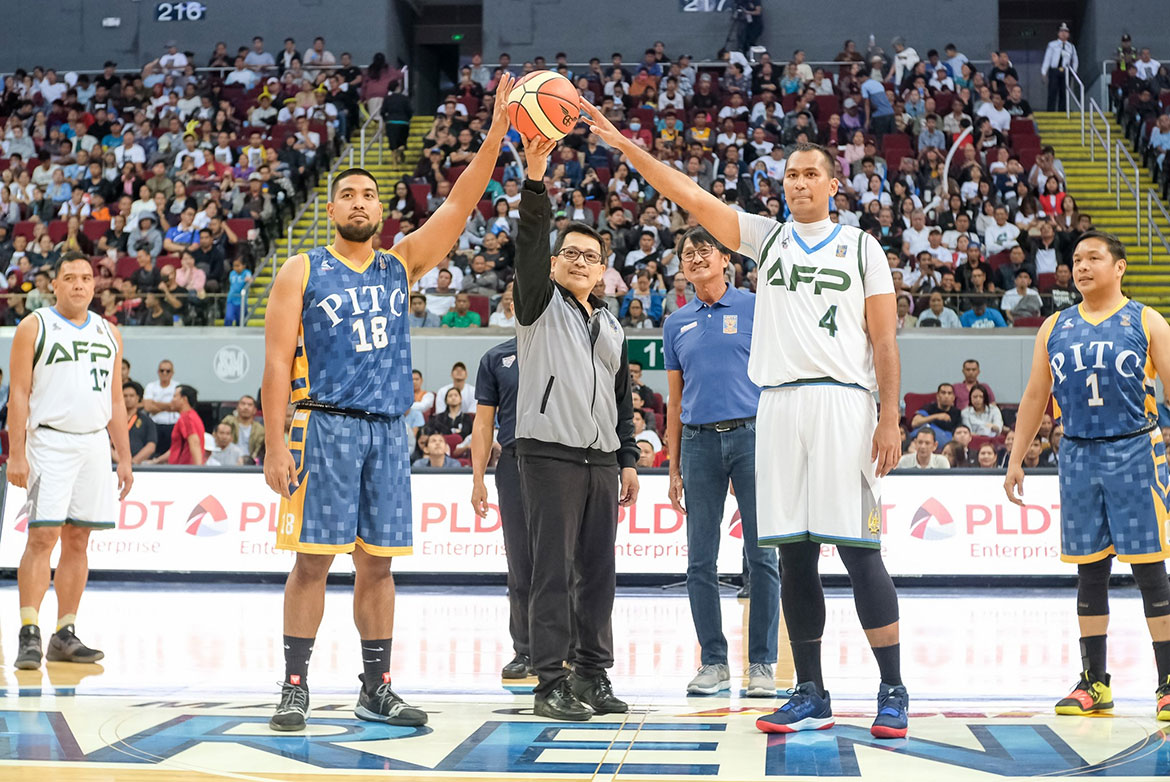 Defending champion Armed Forces of the Philippines (AFP) dominated Philippine International Trading Corporation right from the start and romped to a 90-70 win in the opening of the 8th UNTV Cup on Monday at the Mall of Asia Arena in Pasay City.

Working behind the smart plays of former national team member Eugene Tan, the defending champion AFP Cavaliers started ferociously and raced to a commanding 33-8 lead at the end of the first quarter and never looked back.

Jerry Lumongsod scored 16 points for the Cavaliers, who donated the PHP four-million top prize they won last year to AFP Educational Benefits System Office as an added fund for the education of the children of their fallen comrades.

Also stepping up for the Cavaliers were Willy Casulla and Dave Cordero who chipped in 15 and 12 points in the Sunday-only tournament organized by UNTV through its CEO and President Dr. Daniel Razon.

Tan, a member of the Philippine team that won the gold medal in the 2007 Ratchasima, Thailand SEA Games, contributed nine points apart from providing lots of intangibles that set the tone for the team’s runaway win.

Both Razon and Bro. Eli Soriano were elated with the participation of the 12 government agencies, saying they greatly appreciated their efforts for the needy and the poor.