Amidst a turbulent campaign, San Beda University finally has the big win its been craving for as it took down rivals Colegio San Juan de Letran in a 76-68 victory in the NCAA Season 98 Seniors Basketball Tournament.

For head coach Yuri Escueta, it was a milestone to celebrate in his first year in charge of the Red Lions’ den.

Smelling blood before the game knowing that Letran was undermanned due to the suspensions of Brent Paraiso and Louie Sangalang, the former Ateneo Blue Eagle made sure that his wards went for the kill.

“When you play against your rivalry kasi walang llamado, walang walang dehado eh diba? So, you have to bring your A-game talaga kasi respect your opponent, kasi sila for sure they’ll bring their A-game.” Escueta shared after their rivalry match against the defending champions.

The 37-year-old mentor was happy about the win as he and the rest of the Red Lions were desperate to make the Bedan community proud.

However, Escueta is telling his players to move forward quickly as they have more challenges to overcome this season. 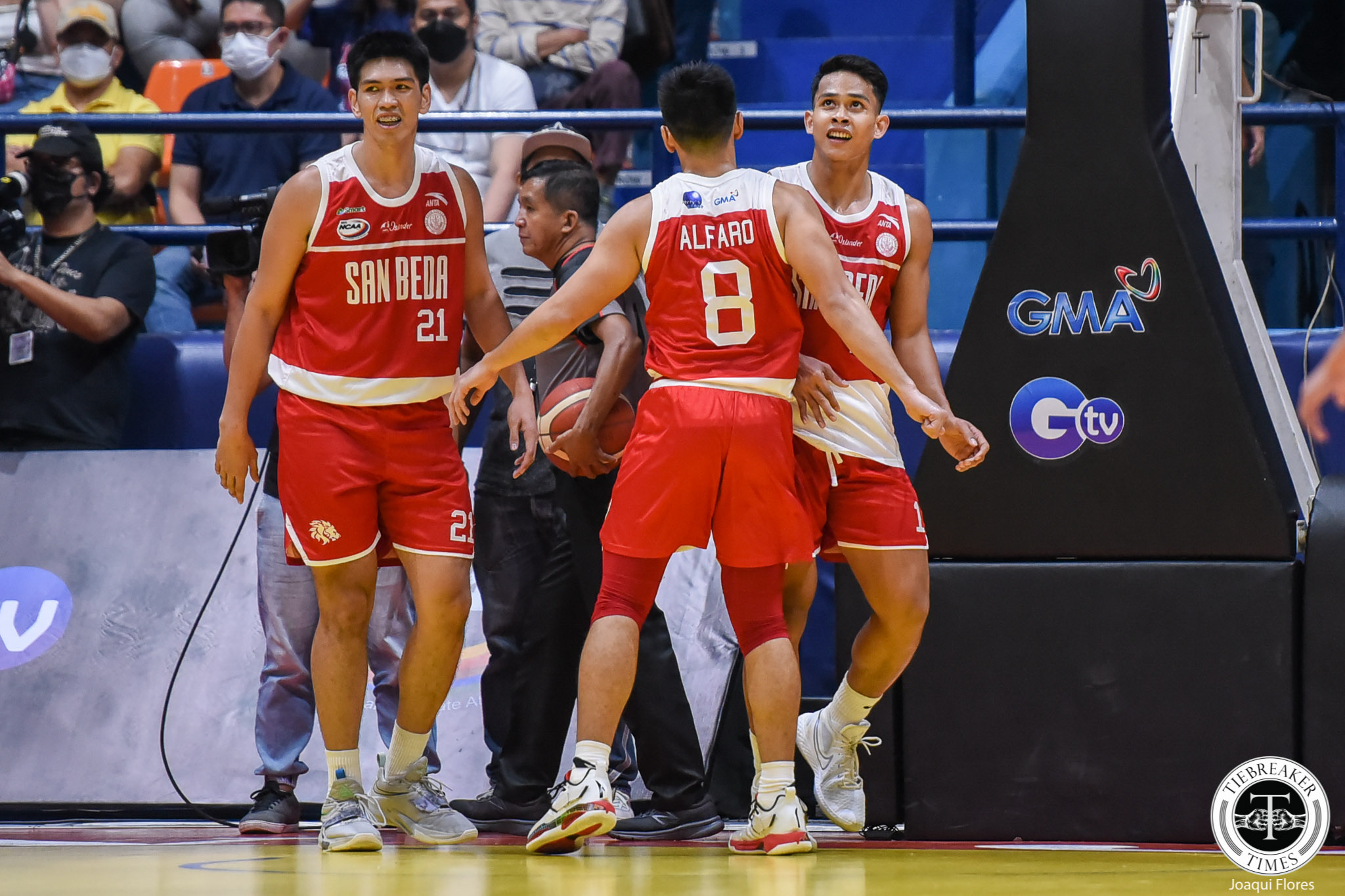 “In terms of satisfaction, I think we still have a lot of room to improve. Diba, especially, in the tournament now all the teams medyo pantay-pantay, diba? JRU won against Mapua diba? CSB is on a roll, Arellano is also winning against the… well expected final four teams kasi ‘yun yung next three games namin eh,” expressed the assistant coach of TNT Tropang Giga.

Escueta may still be adjusting to his role as head coach of San Beda but he knows that there is no such thing as a grace period for the Mendiola cagers.

The main goal is to have a final four spot and get the championship back by improving and taking it one game at a time.

“So, get better every game; it’s a long tournament, we have 18 games, but hopefully we get 22,” said Escueta.