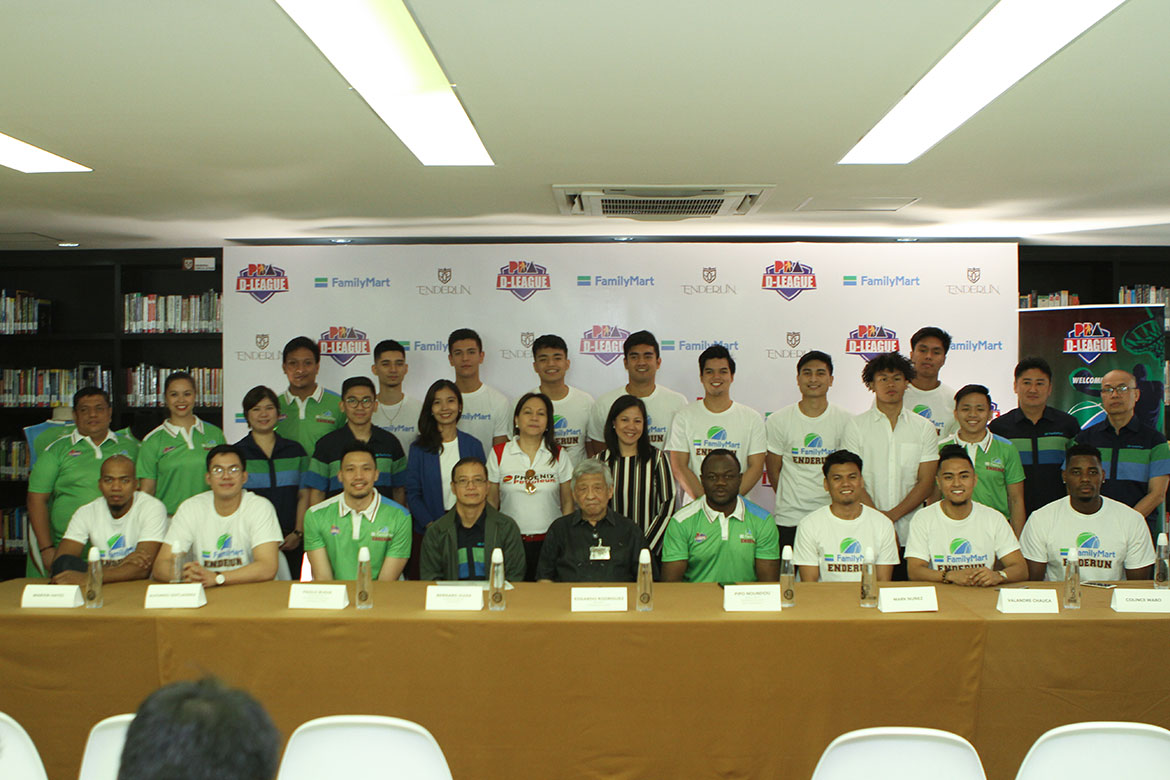 From a small program, the Enderun Men’s Basketball Team has certainly made strides over the past few years.

Behind the vision of school president Edgardo Rodriguez and head coach Pipo Noundou, the Titans made their first-ever appearance in the NAASCU last season. However, they fell short to the St. Clare Saints in a three-game series that saw the Saints’ experience overwhelm the Titans.

That is why in preparation for this year’s NAASCU and MNCAA tourneys, Enderun decided to join the PBA D-League.

“We started really small, really, really small. When they took me in six or seven years ago, the program was just starting. They had big expectations but before that, I told them that before that, we have to develop ourselves,” shared Noundou, a product of Far Eastern Unversity. “It’s not possible for us to join the UAAP and NCAA but what we can do is join the PBA D-League.

“From there, we were able to grow the program and now join the D-League.”

Backing Enderun in its journey in the second league are FamilyMart and Phoenix Fuels — two companies owned by tycoon Dennis Uy.

“Following the footsteps of our sister company Phoenix, FamilyMart is ready to make a milestone. We are excited and honored to officially announce the entry of the FamilyMart Enderun basketball team to the PBA D-League,” said FamilyMart GM Bernard Suiza during a press conference held inside the campus of Enderun College, Thursday.

“As part of one company, FamilyMart and Enderun share the same vision. As a basketball franchise, our tie up also plans to bring quality performances during the tournament. We expect that the synergy between the two brands will bring an exciting ball game to the league.”

Though the field will be tough, Phoenix Pulse team manager Paolo Bugia believes that it’s their job in the Fuel Masters to help develop their young brothers with the Titans.

“Our goal is to make this team more competitive while mentoring the young student-athletes of Enderun which will help them when they come back to their mother teams.”

Fonzo Gotladera tries to get back to PBA with FamilyMart-Enderun

Despite limited playing time, Raymond Almazan just glad to be back