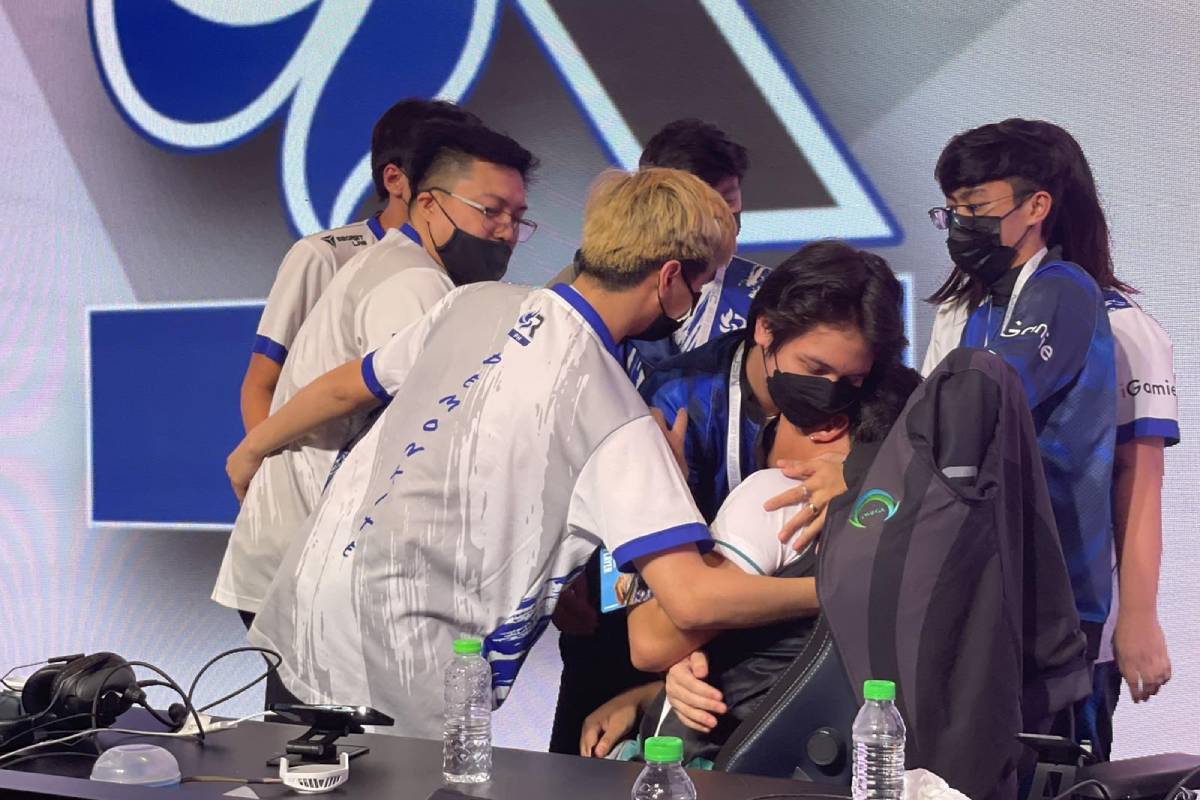 RSG PH, who was coming off a deflating loss to RRQ Hoshi in the upper bracket finals, threw their fists up in the air in celebration of their first-ever grand finals appearance in an international tournament.

Then, there’s Omega Esports, who stood up completely shocked as they tried to get a good grasp of what just transpired inside Hall Eight.

Indeed, it was a heartbreaking scene for the SMART-backed squad.

The team’s heart and soul, Patrick “E2MAX” Caidic, burst into tears as his side, whose core is composed of the Execration team that won it all in the previous tournament, failed to defend their title in the prestigious regional tilt.

After realizing what was happening on the other side, RSG PH cut off their celebration and went to Omega Esports’ corner to console E2MAX. Dexter “Exort” Martinez and coach Karl “Giee” Barrientos were the first to embrace the Omega Esports captain before the entire squad gathered around him for one big hug.

In the end, E2MAX, who was the lone Omega Esports player in the playing area, stood up with his head held high – knowing that the Philippines’ title hopes is in good hands – and walked down the stage with his rivals-turned-brothers in an iconic moment that will forever be remembered in Philippine ML:BB history.