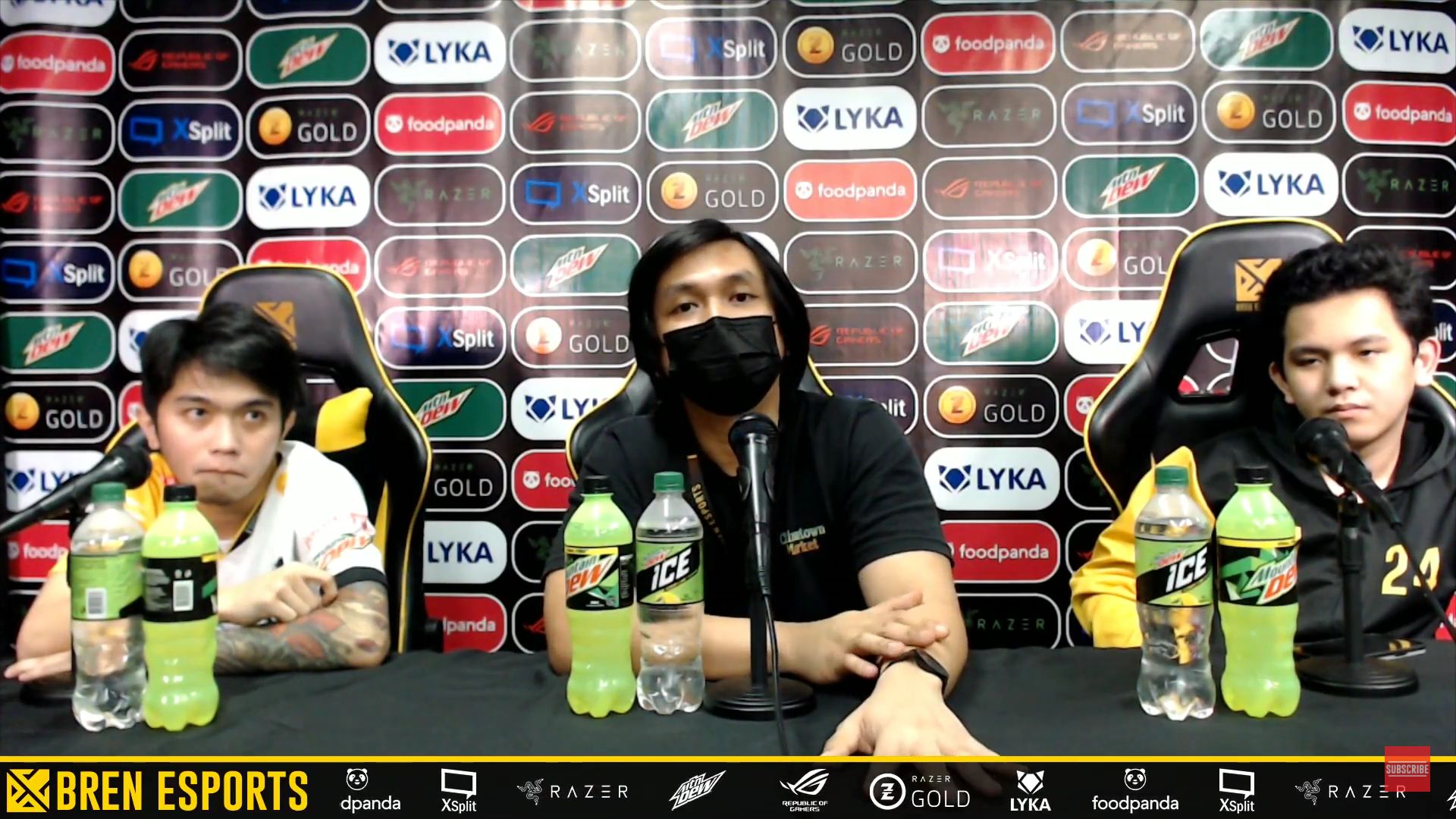 And for Bren Esports coach Francis “Duckeyyy” Glindro, the turnaround would not be possible without the help of the team’s new analyst Paulo “Pauloxpert” Munsayac, who also serves as the head coach of Sunsparks’ Mobile Legends team.

He also thanked Pauloxpert’s players for helping out his team especially during the past week.

“I wanna have a special shoutouts to the whole of Sunsparks particularly to Pauloxpert for helping the team out as an analyst and yung mga players niya na talagang nakikipagbond doon sa players ko,” expressed Duckeyyy in Bren Esports’ post-game press conference after the win against ONIC PH on Saturday night. “Alam mo naman mga bata and they need stimulus so it’s a good thing.

The win against the second-ranked ONIC PH squad was a huge morale booster for Bren Esports, who prior to the winning streak, was at the bottom of the standings with a disappointing 1-6 record.

Now, the Bernard Chong-owned franchise climbed all the way to the fifth spot with an improved 4-6 standing with 12 points and will take on TNC next week, Saturday at 12:00 PM.