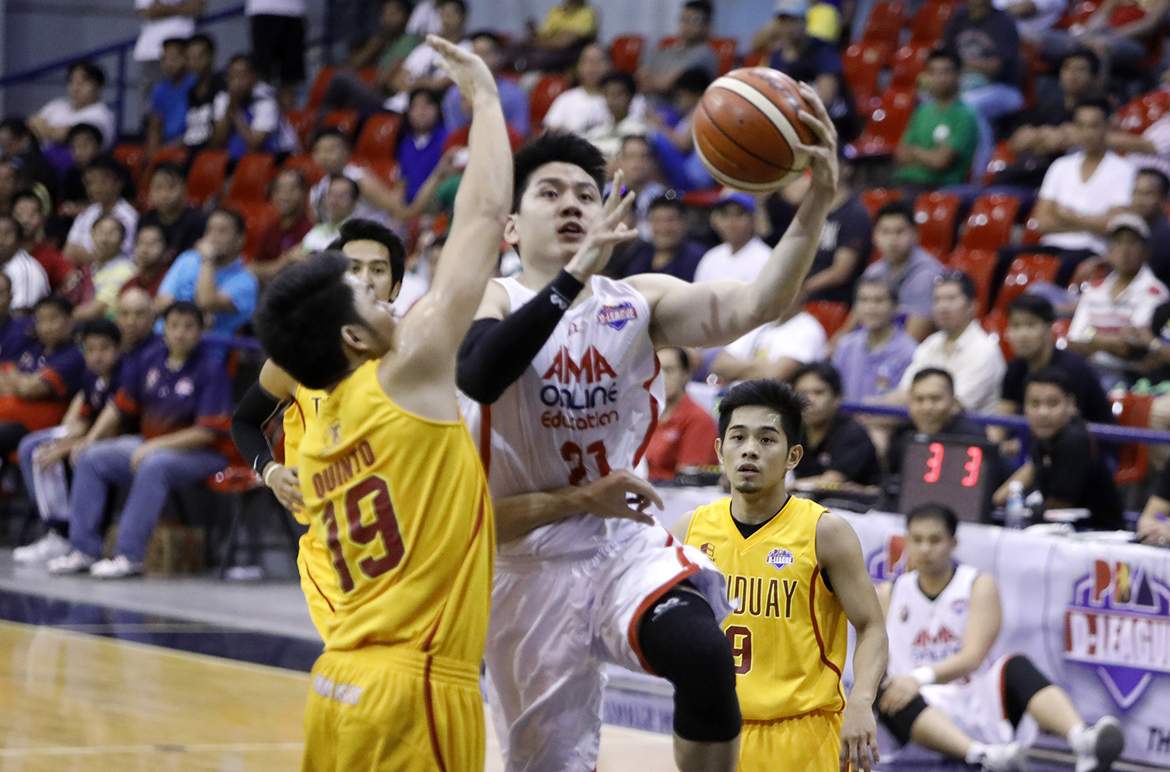 Jeron Teng, with ice packs taped on both of his knees, made his way out of the AMA Online Education Titans’ locker room at the Ynares Arena in Pasig City on Thursday night with his usual bright aura wiped out.

The Titans had come from an 80-76 defeat at the hands of the battle-tested Tanduay Rhum Masters moments earlier — a loss that had ended their campaign in the 2017 PBA D-League Aspirants’ Cup.

The tournament’s leading scorer, at 25.3 points per outing, had played his worst game in the second league on Thursday evening.

Tanduay stifled him for all the 40 minutes he played, forcing him into a conference-low six points on a horrid 1-of-15 shooting clip along with six rebounds and six assists. Safe to say, his worst outing came at the worst time for the Titans.

“All through out the game, start pa lang, they were doubling me,” recalled Teng.

“Wala akong option but to give up the ball, and medyo nahirapan ako to create for myself. ‘Di ako masyado naka-diskarte,” added the six-foot-three forward, who also committed five turnovers and five fouls.

Making matters worse for the Titans was that the team’s second leading scorer, Juami Tiongson, had been called up to the NLEX Road Warriors three days prior to this affair. The loss of their lead floor general created disarray as they lost a major weapon in their artillery.

But despite AMA’s sour exit, Teng’s first experience in the D-League was full of positives, as the Titans were able to go toe-to-toe with the league’s best.

However, it is still not known whether Teng will be back donning AMA’s red and blue next conference — he only guaranteed that he will return for the Foundation Cup.

“Yeah, definitely, because I have to play in the second conference pero I don’t know yet which team,” said Teng.

“As of know, I’m just trying to focus on my thesis. I’m gonna focus first on school, so let’s see what happens in the second conference.”

Rough years looming on the horizon for FEU’s sports program

Maizo-Pontillas plans to one up younger NT members