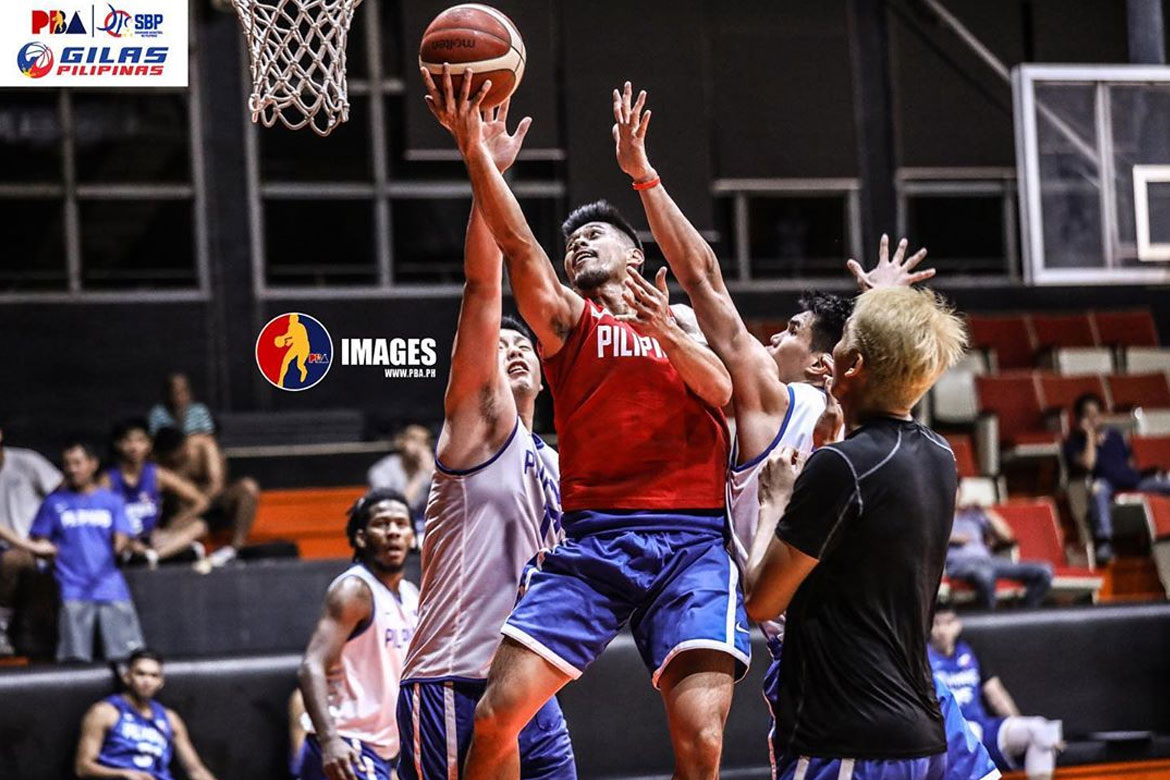 Javee Mocon remains blessed to have worked with Gilas Pilipinas even if he did not crack the final lineup that will take on Indonesia in the FIBA Asia Cup 2021 Qualifiers’ first window this Sunday.

The Rain or Shine Elasto Painters forward was among the tough cuts that coach Mark Dickel said he and his deputies had to make as they composed the squad bannered by PBA players.

Still, Mocon is among the team’s reserves, together with young guns Jaydee Tungcab and Rey Suerte.

“You just have to look at the silver lining,” said the 24-year-old out of San Beda moments after the Nationals’ practice, Thursday evening at the Meralco Gym in Pasig City.

Mocon was actually a replacement for Matthew Wright, who begged off from the pool to rehab his ankle. Wright, though, assured he will be ready come the next window in November.

For Mocon, the call-up alone is a big opportunity for him. But the experience got a boost since he was able to learn from some of the best coaches in Tab Baldwin and Mark Dickel.

Mocon said that working out with Gilas has also helped him improve as far as conditioning is concerned, which is beneficial for the Elasto Painters’ campaign for the next season.