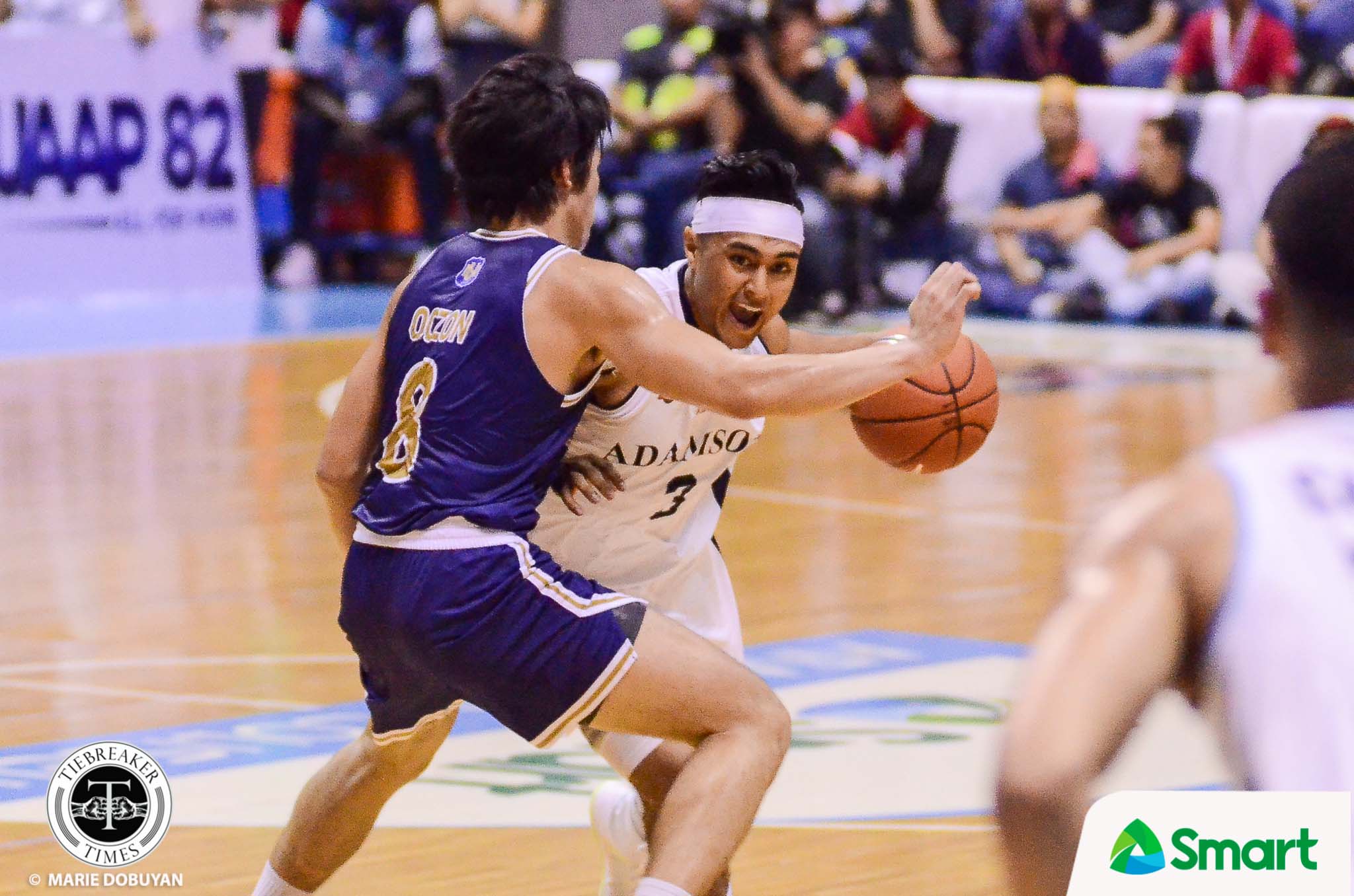 Valandre Chauca had definitely turned heads following his impressive debut with Adamson University in the UAAP Season 82 last Wednesday, so much so that decorated coaches Tab Baldwin and Franz Pumaren gave him praises.

Chauca, of course, is honored to have read about such, but the gunslinging guard believes that he can still improve what he has now, mentioning his shooting and leadership — the one Pumaren likes about him — in particular.

“I think I can improve in all facets,” he said.

“I think I’m the best shooter in the league, but I think I can improve more.

“Like if you wanna be the best in the world, and that’s what I work at every day — I wake up in the morning every day I get shots up every day. But I think I can also improve my leadership skills, and it’s nice to have a young team. They listen and it’s nice to be a mentor,” added the 24-year-old product of UC-Berkeley.

Those things which he said he can improve more were in display Saturday when the Soaring Falcons battled National University, where they were looking to avenge their loss from reigning champs Ateneo two days ago.

Chauca asserted himself and spearheaded Adamson’s rally from an eight-point deficit in the fourth quarter, helping his side force overtime before walking away with the 84-83 victory to barge into the win column.

The win was thanks to Lenda Douanga’s three-pointer at the buzzer but there’s no denying Chauca’s impact. But Chauca himself was just thankful for the Congolese rookie’s heroics as it gave him his first win in the UAAP.

“Feels great. I’m just thankful for Lenda,” said Chauca, who finished with 13 points and four rebounds, with a smile.

But more than anything, Chauca is glad with the way the Soaring Falcons showed composure as a whole.