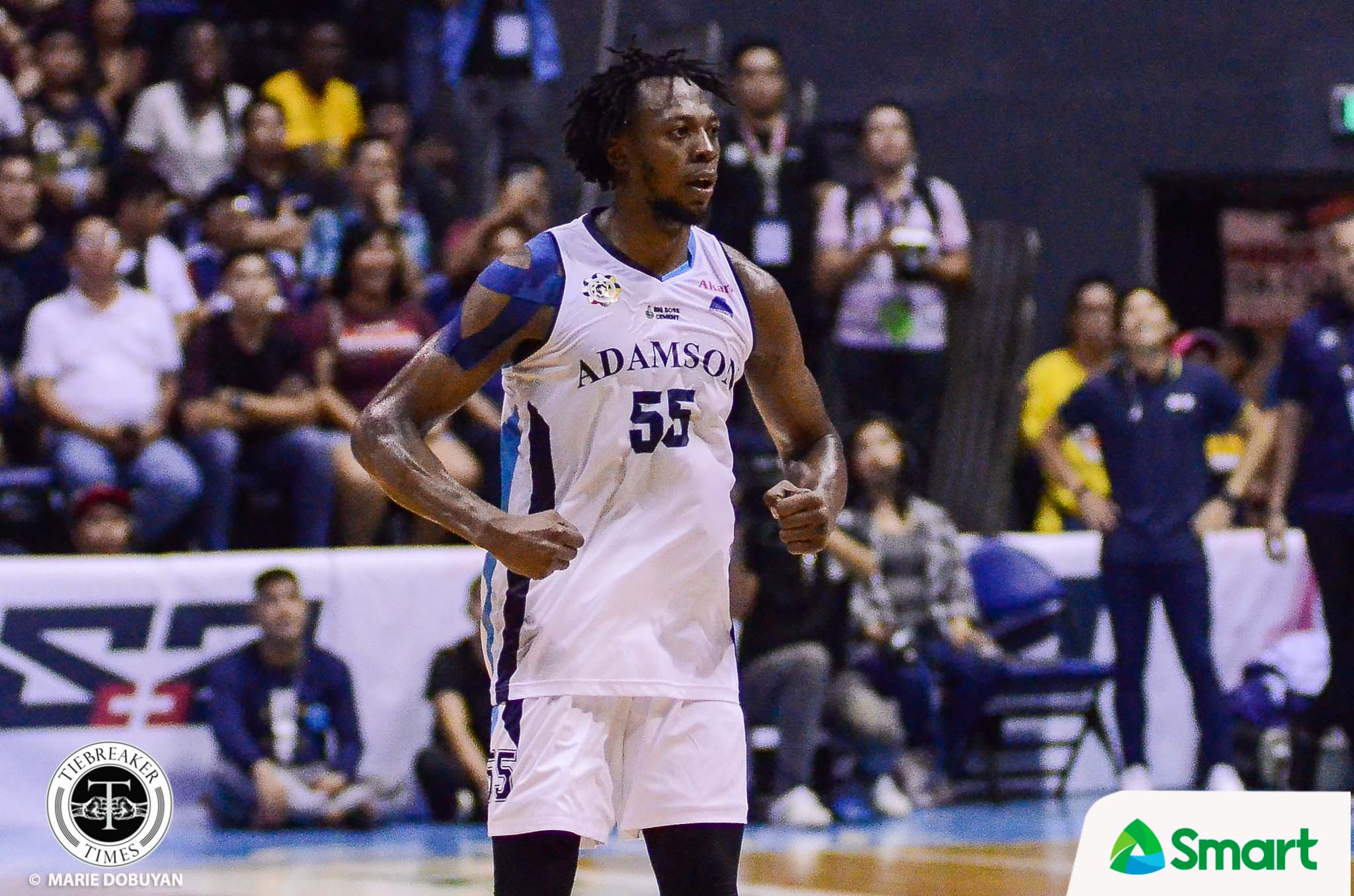 The first-year center stunned the whole Smart Araneta Coliseum with his booming three from the top of the arc as time expired, to save the Soaring Falcons from a 0-2 hole.

“We don’t think it was a lucky shot. It was a designed play,” quipped coach Franz Pumaren of the Douanga winner, which was a perfect follow up to his heroics late in regulation.

Douanga also tied the game at 74 with a putback in the final 3.3 seconds of the fourth quarter. The game then went to the extension.

He finished with 26 points, 19 rebounds, and one block as Adamson improved to 1-1.

“We needed that win. I guess we’re searching for the right combination, and I think that’s the downside of having a young team and having new guys,” said Pumaren.

Simon Camacho provided support with his 14 points and 11 rebounds, while Valandre Chauca shot 3-of-7 from beyond the arc to wound up with 13 points.

Jerom Lastimosa and Jerrick Ahanmisi also combined for 20 points and 10 boards in the victory.

It was a tough loss for NU, who looked poised for the win in its opener behind Dave Ildefonso’s 29 points, nine rebounds, four steals, and three assists.

He scored all of the Bulldogs’ nine points in the extra period, including the go-ahead layup with 1.4 seconds left against three defenders before Douanga’s improbable moment late.

Adamson will look to keep things rolling against the University of the East Red Warriors on Wednesday, September 11, at 4:00pm. Meanwhile, NU go up against the De La Salle University Green Archers earlier that day at 12:30pm. Both games are at the SMART Araneta Coliseum.