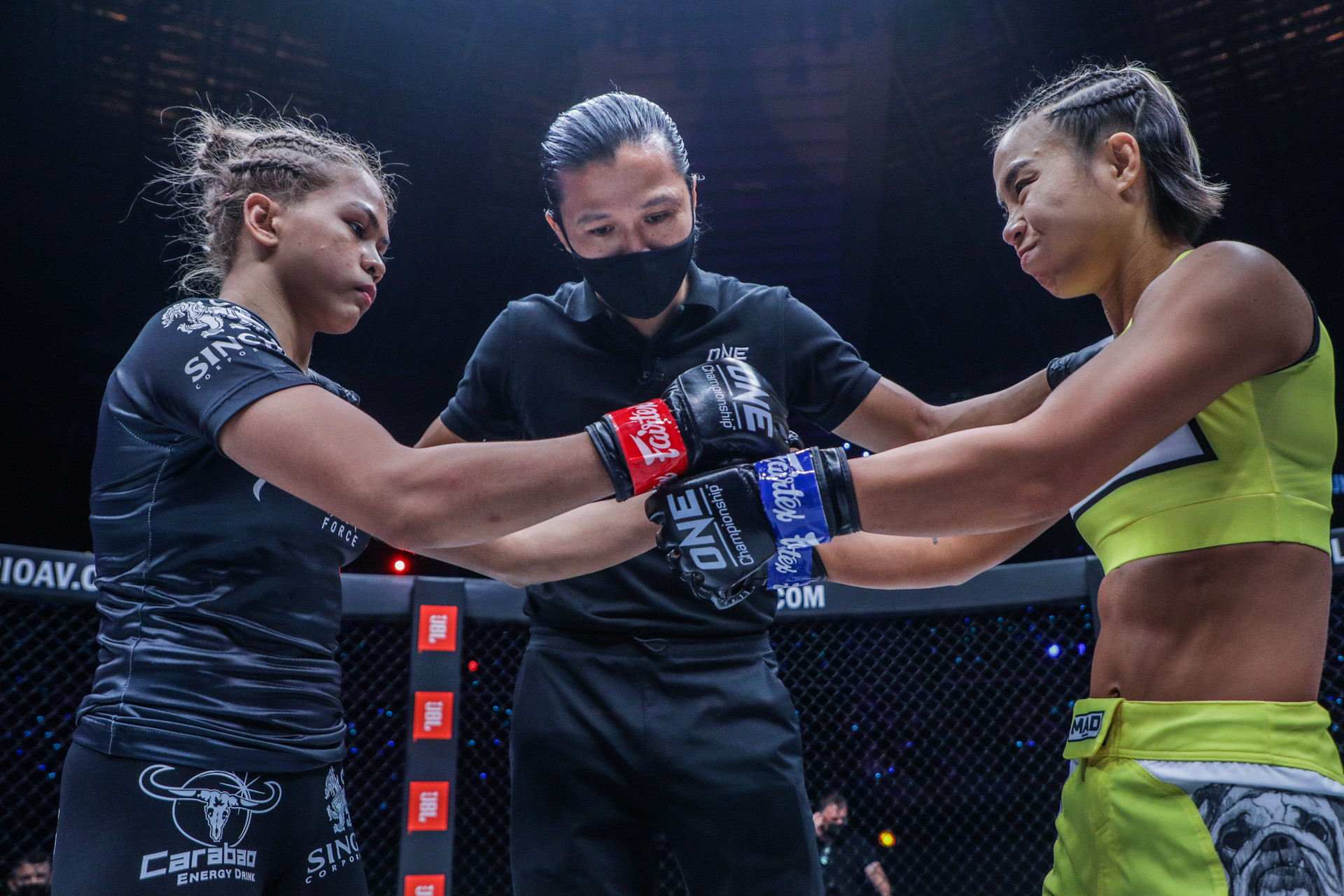 SINGAPORE — Denice Zamboanga and South Korean hard-hitter Seo Hee Ham are scheduled to duke it out in a rematch at ONE X this Saturday, March 26 here, but both women were missing during the 10th-anniversary event’s ceremonial weigh-ins.

On Friday afternoon, there were reports that Ham flunked her hydration test and was given until 4:00 PM to receive her clearance.

However, the former Rizin super atomweight champion and UFC veteran was nowhere to be found during the ceremonies, including Zamboanga herself.

It seems like the rematch between Denice Zamboanga and Seo Hee Ham is off the card. There are reports earlier today that Ham has failed her hydration test. #ONEX @tiebreakertimes

According to a reliable source, Ham also failed to make weight for her second encounter and she will be given two chances—12:00 midnight and 12 noon on Saturday—to get her green light to step inside the cage with Zamboanga at ONE X.

ONE Championship has yet to give an official word on the absence of both Ham and Zamboanga at the aforementioned festivities.