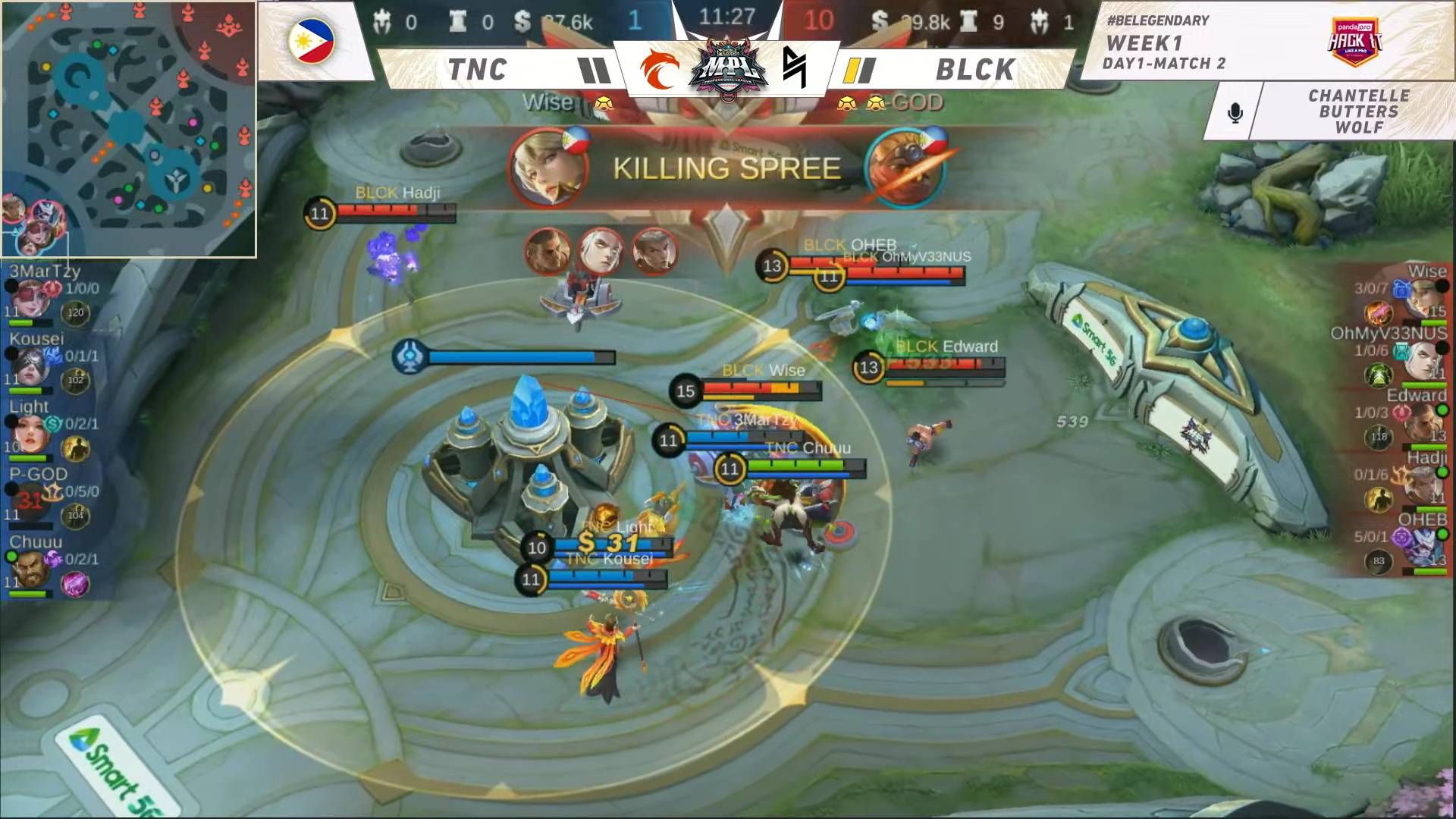 A win away from securing the sweep, the Tier One-backed squad pulled out another hero that was long forgotten — Kimmy.

Danerie “Wise” Del Rosario put on a show with Kimmy, unleashing three kills and seven assists against just one death in the 11-2 victory which only lasted for 11 minutes and 36 seconds.

It was total domination for Blacklist International, who secured a kill on Patrick “P-GOD” Ibarra’s Barats as early as the 1:02-minute mark.

The Agents also put up a 4-0 advantage in kills all while wiping the first two turrets up the top lane in just five minutes and 47 seconds of action.

Salic “Hadji” Imam (Chou), who made his Blacklist International debut as the new roamer of the squad, was named the MVP in Game Two with seven assists and a death. 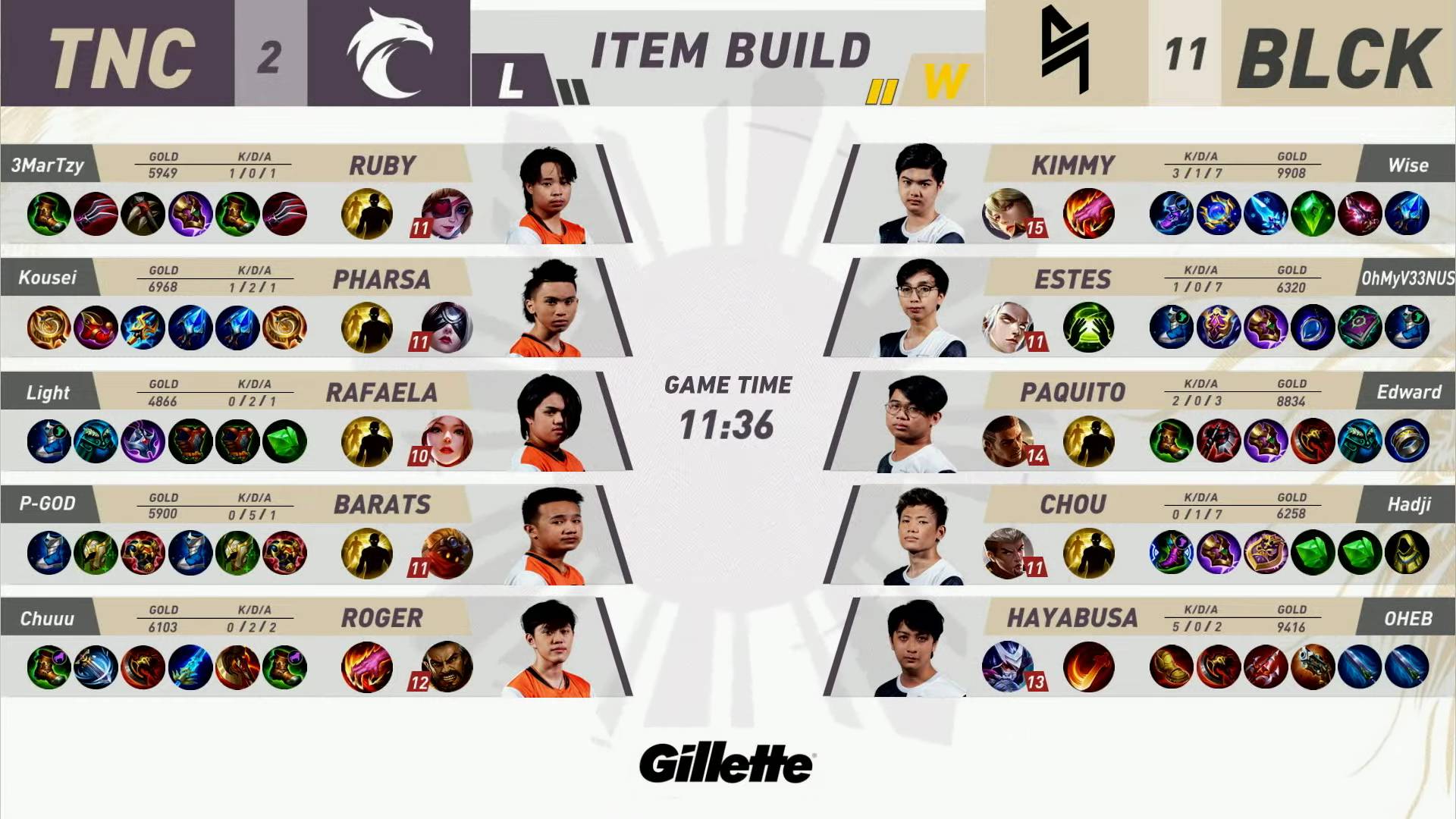 Blacklist International leaned on its signature Aldous in the opener to turn back TNC’s exploits and take the 1-0 advantage.

With TNC looking to take over the match, Wise (Aldous) came out of nowhere and took out Clarense “Kousei” Camilo’s Lunox at the back.

He then chased off the entire TNC contingent which led to a free Luminous Lord take and eventually, the win.

Wise took the MVP honors with four kills, two deaths, and five assists all while bagging a total of 16,265 net worth in the 11-11 win which lasted for 20 minutes and 25 seconds. 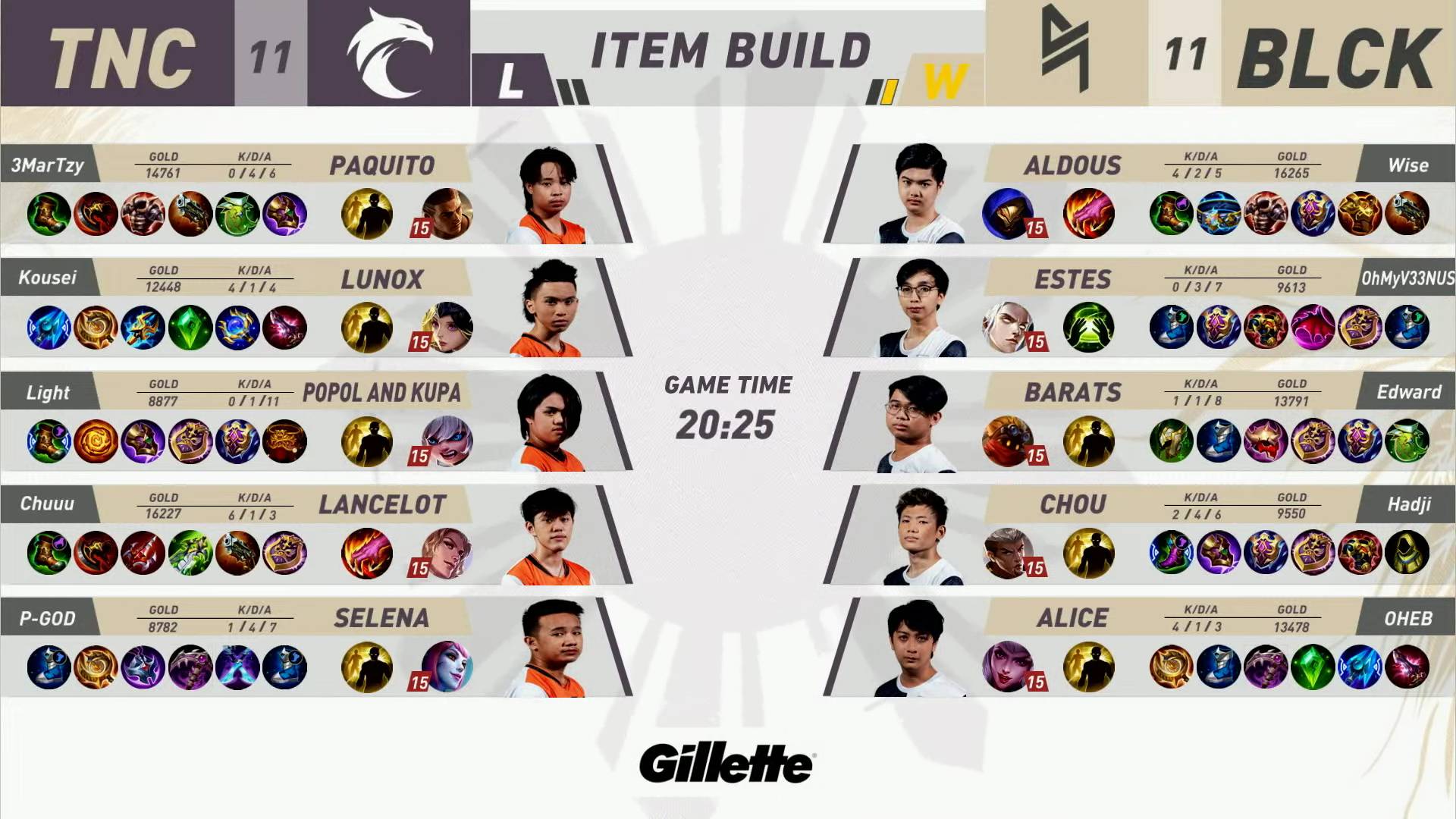 Blacklist International will next face Nexplay EVOS tomorrow at 8:00 PM. TNC will go up against the same squad on Sunday at 6:00 PM.