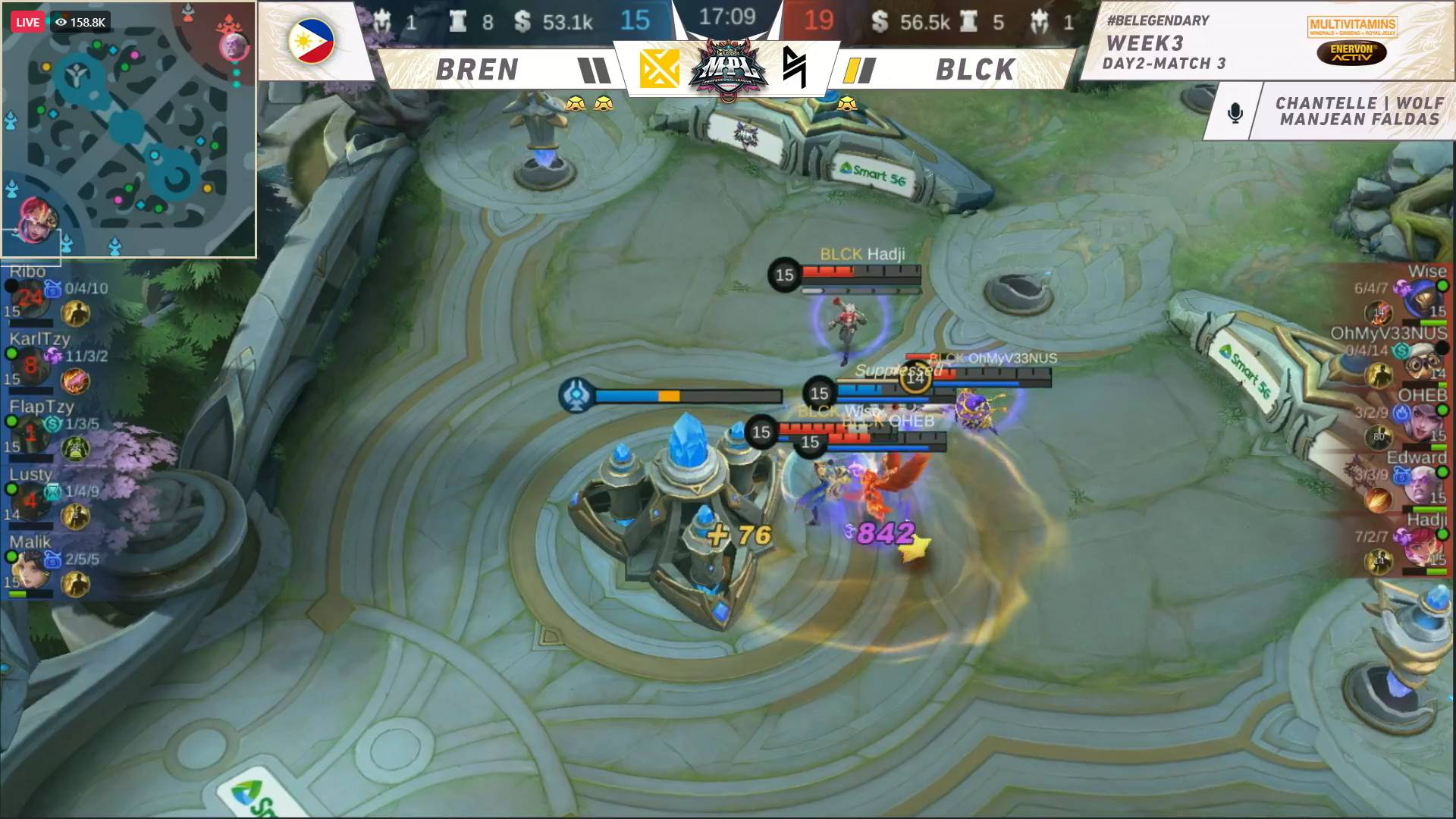 The Tier One-backed squad, who is still unbeaten with a 5-0 standing, is now tied with ONIC PH (4-1) at the number one spot with 12 points each.

Bren Esports looked like it was about to send the series to a winner-take-all Game Three with KarlTzy’s Paquito wreaking havoc in the early game.

However, a crucial clash at the top lane turned the tides for Blacklist International, securing a five-man wipe with Johnmar “OhMyV33NUS” Villaluna the sole casualty in their side entering the 10-minute mark.

That seemed to be the end for Bren Esports as Blacklist International won another clash to end the match in 17 minutes and 11 seconds. 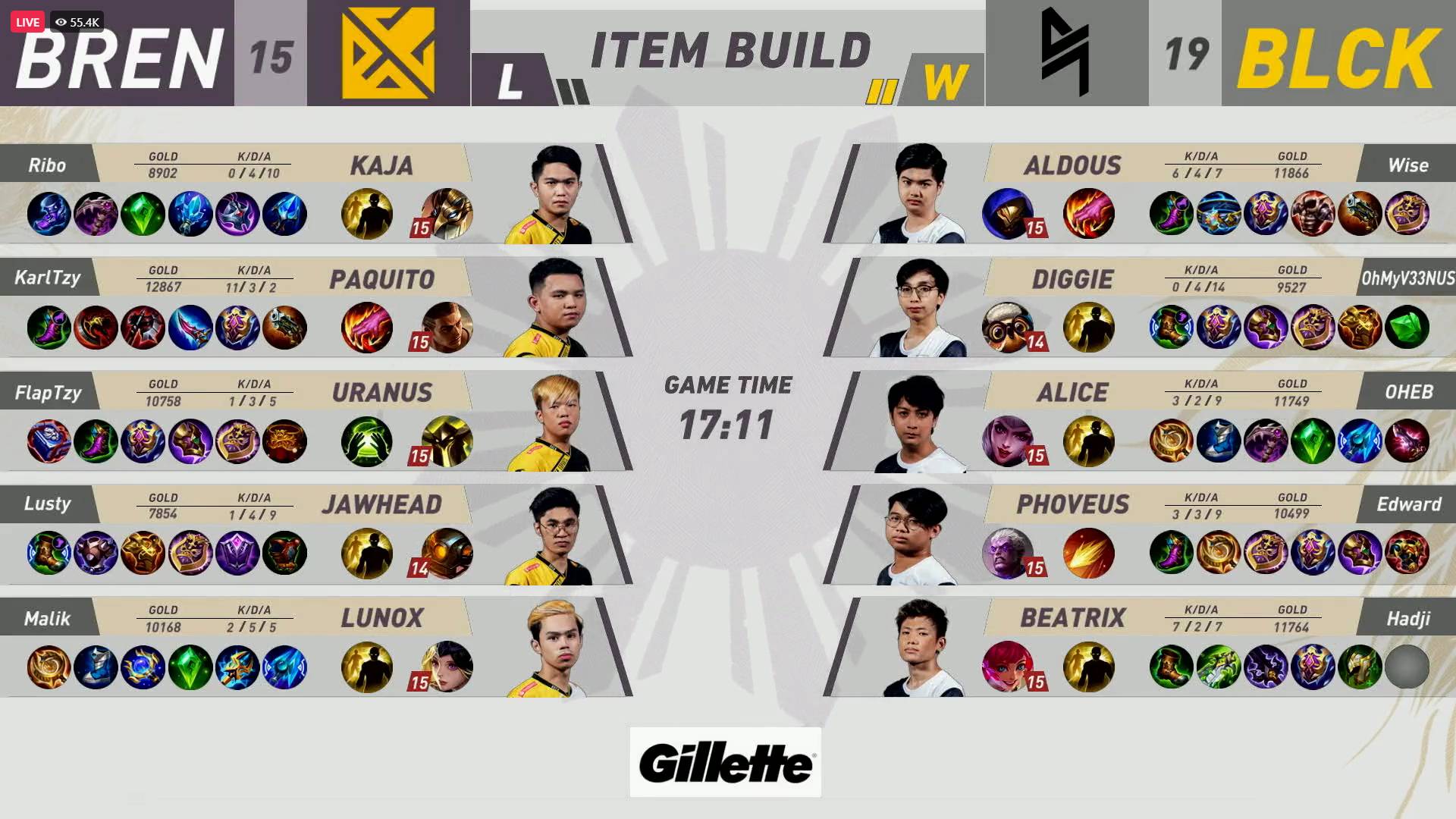 With the early game clearly on Blacklist International’s side, Bren Esports’ X.borg-Pharsa combination was able to drag Game One up to the late game.

But after surviving three sieges, the Tier One-backed squad went for the finisher, taking down the fourth Luminous Lord in the 25:59-mark en route to the victory.

Johnmar “OhMyV33NUS” Villaluna, who played his signature Mathilda and acted as the team’s second life with multiple saves, was named the SMART 5G MVP with a game-high 11 assists laced with a kill and a death in the 14-4 win which lasted for 27 minutes and 11 seconds. 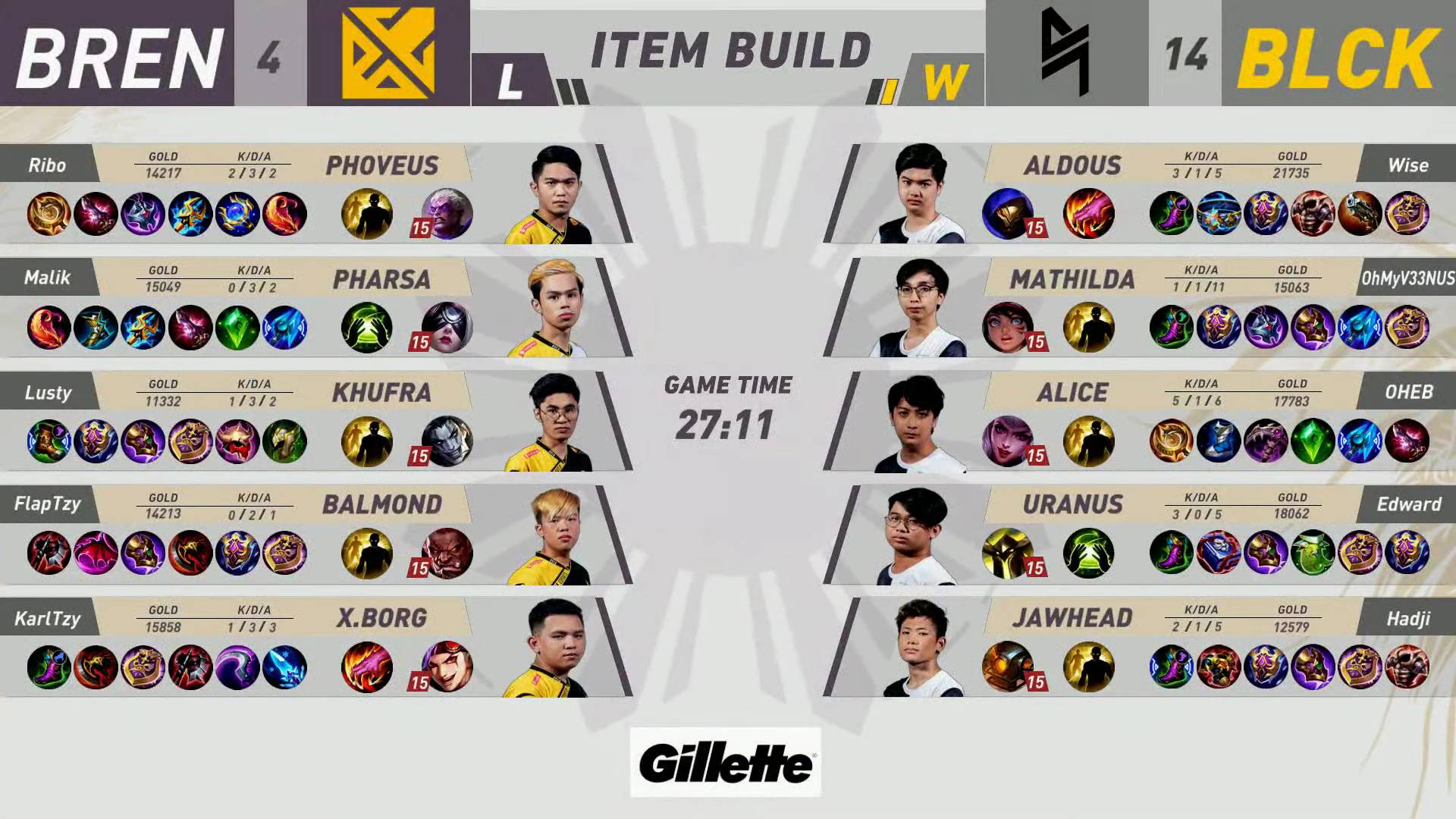 The loss placed Bren Esports at the bottom of the standings with four points through a 1-4 standing.

Blacklist International will take on the league-leading ONIC PH tomorrow at 4:00 PM while Bren Esports looks to bounce back against RSG PH later in the day at 8:00 PM.