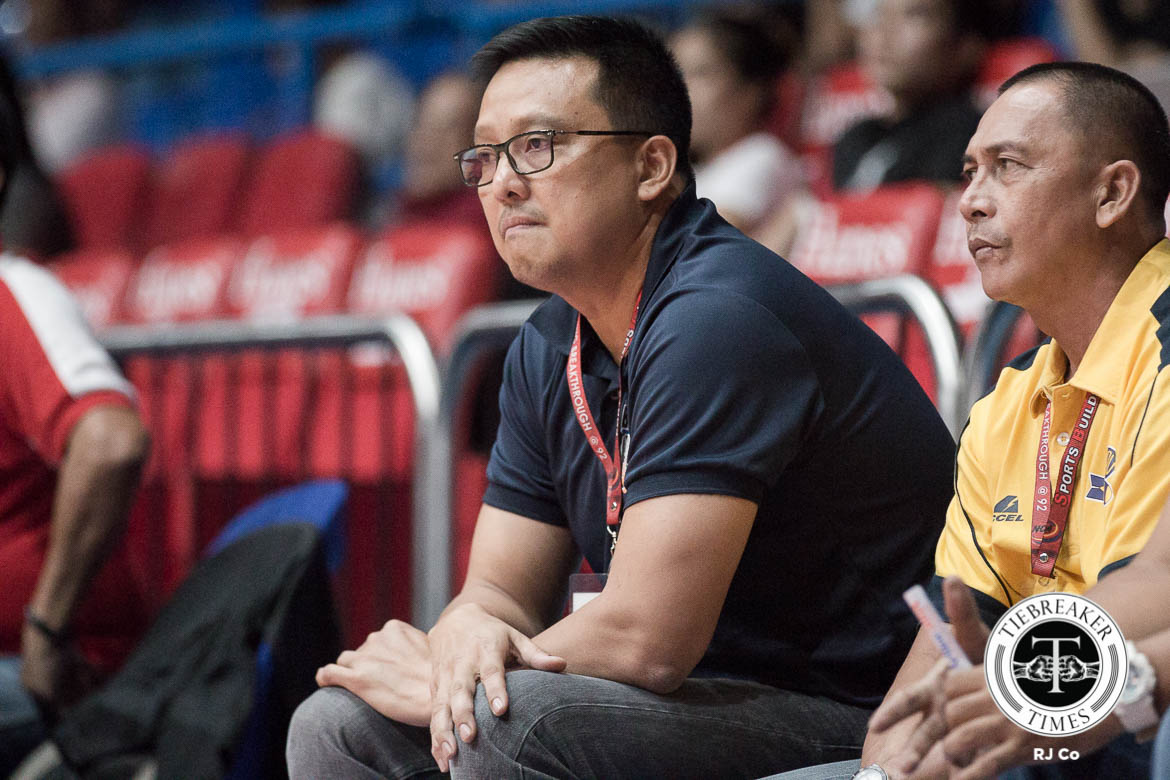 Having endured disappointing NCAA Season 92 campaign, the Jose Rizal University Heavy Bombers needed an way to jump-start their Season 93 campaign. Thus, the Shaw Boulevard-based squad joined the PBA D-League to test their mettle and give exposure to the young Heavy Bombers.

The Heavy Bombers saw their campaign come to a close Thursday afternoon, the team still take pride in the loss. Their 86-75 defeat to the Café France Bakers was not just an ordinary defeat — it came in the conference quarterfinals, a position most did not expect the youthful Heavy Bombers to reach.

And that fact alone has made their head coach Vergel Meneses positive despite the ending his team had.

JRU’s road to the quarterfinals was a rocky one, though, with consistency being a primary issue. But they were able to get wins they needed — including a 77-75 victory over Racal — and finished the eliminations with a 4-5 record.

The Heavy Bombers’ card was clearly unworthy of a playoff spot, but due to the quotient system and their 86-77 victory against Wangs Basketball last March 7, the collegiate squad was able to salvage the sixth and last quarterfinal slot.

When asked if JRU did overachieve in the Aspirants’ Cup, the 48-year-old euphorically agreed.

“Pinagtrabahuhan din ng mga players,” added Meneses, who is now in his seventh year of coaching JRU, his alma mater.

During the campaign, Teytey Teodoro turned into a leader — something that has been lacking in his game — while Mark Cruz and Ervin Grospe showed other facets in their game not seen in the last NCAA Season.

As the Heavy Bombers wrapped up their D-League campaign, Meneses and his wards will be bringing with them all the experiences they have earned, as they suit up for the new NCAA season.