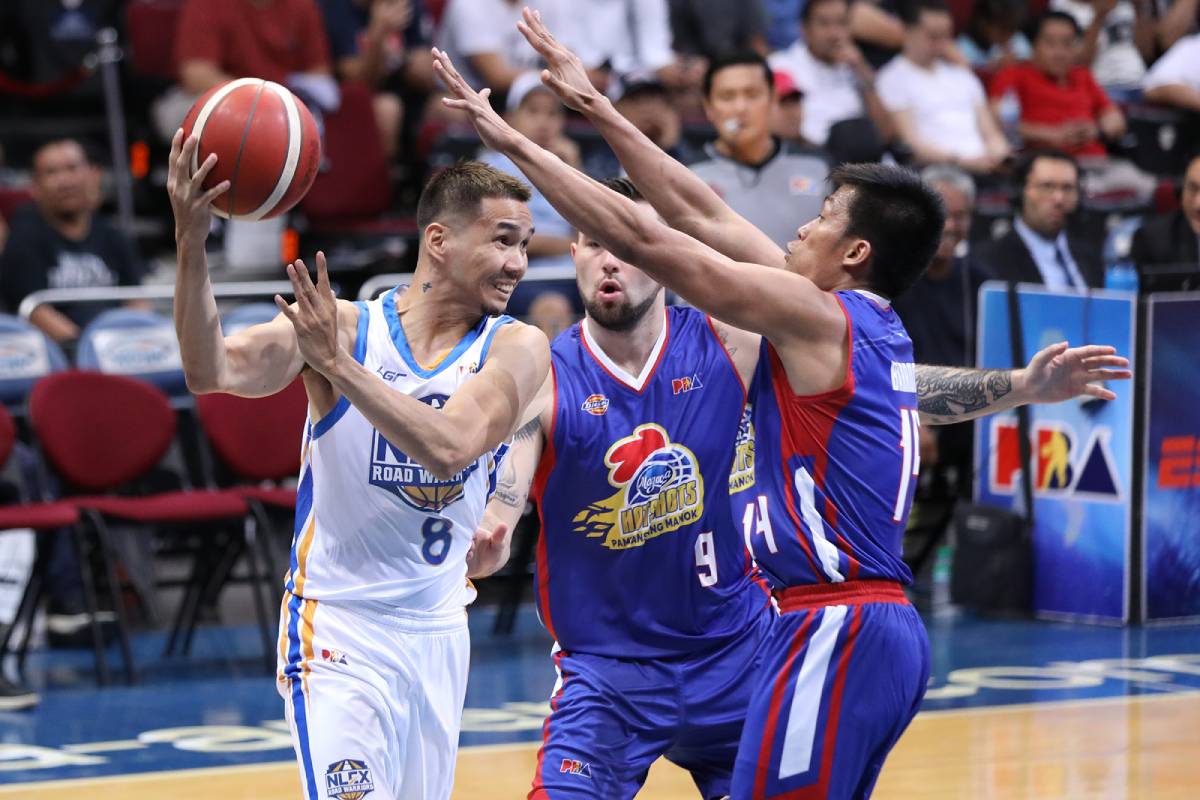 Cyrus Baguio is calling it quits after 17 years.

The celebrated cager – known by many as ‘Skyrus’ due to his acrobatic shot-creating – has decided to hang his basketball sneakers for good. He called time a colorful PBA career highlighted by three championships.

Baguio, 40, had already opened up about retirement prior to the 45th season that began last March. Still, he wanted to leave by winning a Philippine Cup title first with NLEX, since it is the only thing missing in his collection.

However, those plans did not materialize. The pandemic struck, and the league resumed play in a bubble setup at the Clark Freeport Zone in Pampanga. Then the 6-foot-2 guard decided not to play due to personal reasons.

It is unfortunate that the Mindanaoan cager did not have the exit he dreamed of. Nevertheless, Baguio still had himself a career that will surely inspire the younger generation of hoopers.

The University of Santo Tomas product was drafted 14th overall by Red Bull in 2003. There, he emerged as a major part of the rotation, eventually winning his first championship following their conquest of the 2005-06 Commissioner’s Cup.

He was, however, traded to Burger King and then to Barangay Ginebra, before finding himself in Alaska, making room for two-time MVP Willie Miller. But it was with the Aces where he would bask in glory – twice.

Baguio helped the Uytengsu-owned franchise win two championships. The first was the 2010 Fiesta Conference with the decorated Tim Cone, and then the 2013 Commissioner’s Cup with Luigi Trillo.

He was named co-Finals MVP of that 2010 championship alongside LA Tenorio following their impressive performances against then-defending champion San Miguel, who was reinforced by Gabe Freeman.

But after six stellar years with Alaska, he was shipped to Phoenix along with a 2017 second round pick for 2017 and 2018 second round picks. He played for the Fuel Masters for a season, before being sent to the Road Warriors.

That deal saw him reunite with Yeng Guiao, the same coach who nabbed him in the 2003 draft proceedings. Together, they would help the MVP Group-owned franchise reach unprecedented heights.

Baguio was far from his old self when he came to NLEX, but he still showed the same brilliance that endeared him to fans. He acted as one of the vets that helped the young ones steer the ship to the 2018 Philippine Cup semis.

It wasn’t just in the PBA that Baguio made a mark. He also represented the country abroad, as part of the Guiao-mentored Powerade Team Pilipinas that played in the 2009 FIBA Asia Championship in Tianjin, China.