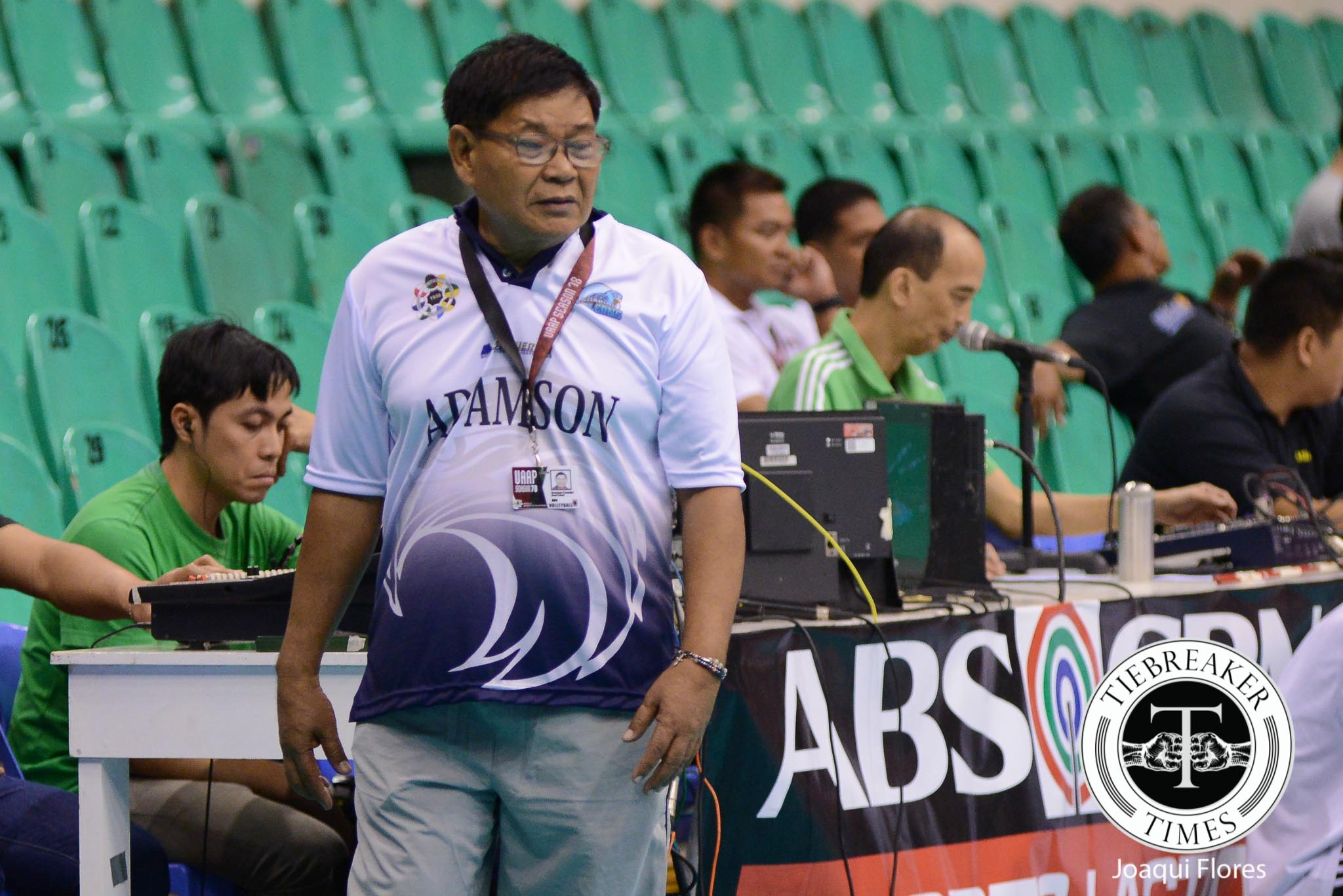 Earlier in the season when he was just coaching the Men’s team, Adamson head coach Domingo Custodio admitted to Tiebreaker Times that he was going to retire at the end of the season.

But a lot has happened since then. The Falcons soared to the top of the standings and Custodio was tabbed to replace the vacated head coach post of the Lady Falcons.

Last Saturday in Custodio’s first day pulling double duty, both the Falcons and Lady Falcons lost in straight-sets fashion. Caused by his incredibly lively style, Custodio suffered from hypertension and shot down interviews with the media.

If he was sure about his retirement at the start of the season, Custodio now is waiting out the end of the season if he can still bear the physical toll of coaching.