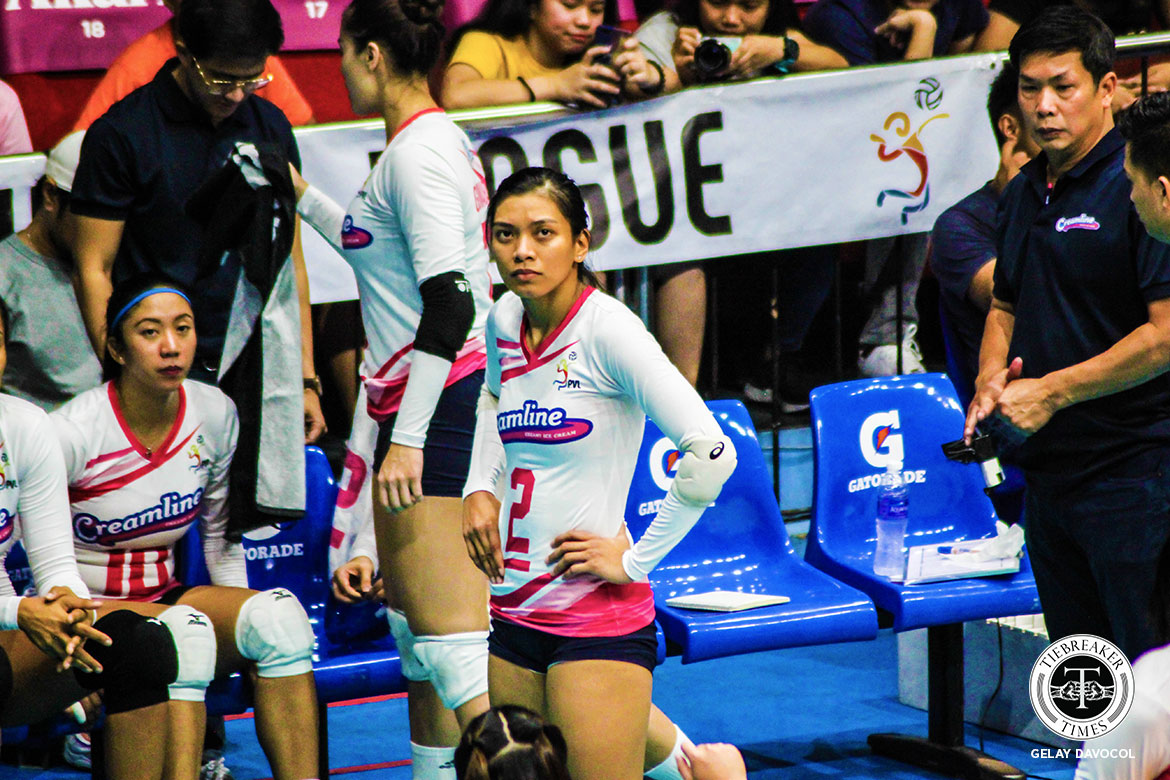 Despite having ended the first round at solo second with an impressive 4-1 card, Creamline team captain Alyssa Valdez admitted that the Cool Smashers have yet to tap into their maximum potential.

The outside hitter out of San Juan, Batangas and the reigning champions went through a series of changes early in the 2019 PVL Reinforced Conference.

After their opening-day defeat at the hands of Petro Gazz, Creamline immediately sacked their then-head coach Li Huanning. Assistant coach Ed Ortega then held the post for the Cool Smashers as they searched for the next man at the helm.

Last Saturday, Tai Bundit, who steered the team towards the 2018 PVL Reinforced and Open Conference championships, made his return to the pink and white.

While Valdez believes that everything that has happened for Creamline in the last three weeks has been the toughest obstacles they’ve faced throughout their stay in the PVL, she still sees it as hurdles that they have to overcome in order to get better.

Given this, Valdez is brimming with hope heading into the second round, as Bundit and the Cool Smashers seek to reignite the chemistry and cohesion that did wonders for them in their title conquests last year.

“Looking forward to the second round and more time for Coach Tai to jell and have that chemistry back again.”