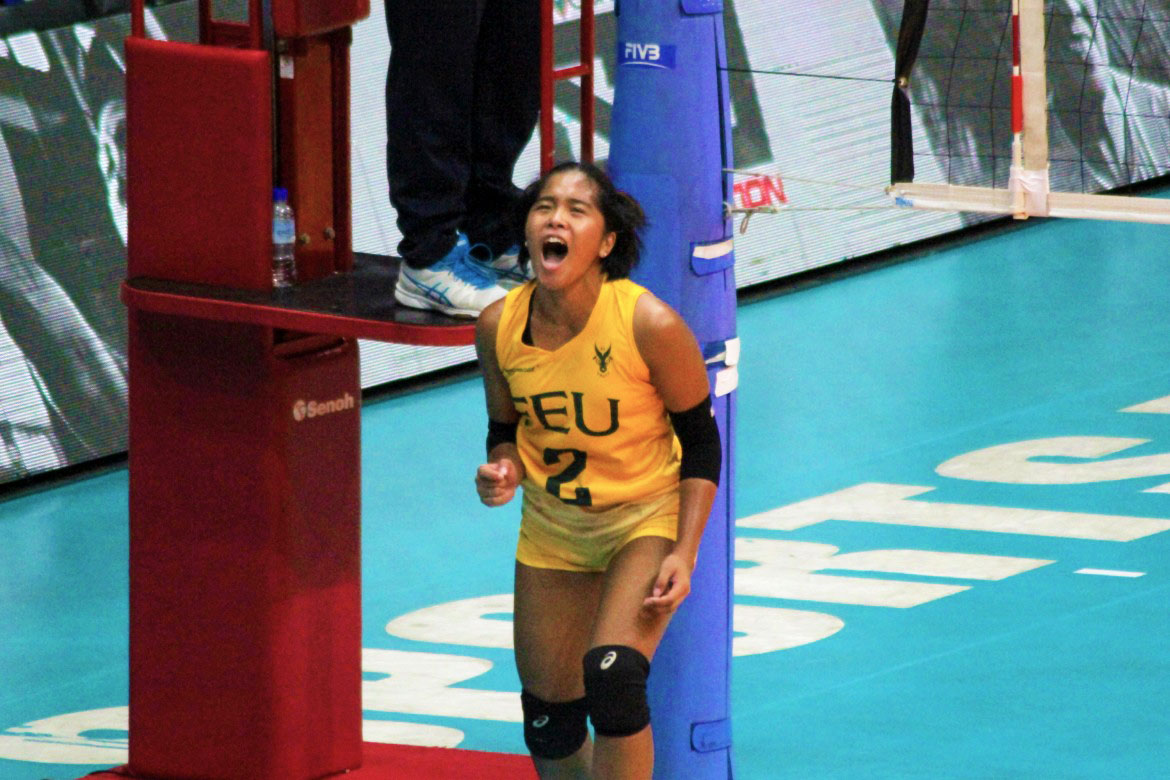 Another rookie sensation is on the rise for the Far Eastern University Lady Tamaraws.

Shiela Mae Kiseo showed maturity beyond years for the rookie-laden FEU when they took down shorthanded Arellano, 25-13, 22-25, 25-22, 25-10, to strengthen their semifinals chances in Pool B of the Premier Volleyball League Season 3 Collegiate Conference.

The prized recruit from Cebu delivered 15 points laced with 14 digs, to help the Lady Tamaraws earn their second straight victory in three games.

After displaying her versatile play and giving her squad a pivotal win, Kiseo was hailed as the Sports Vision PVL Collegiate Conference Player of the Week.

Because of the rookie’s impressive attacking and good floor defense, FEU head coach George Pascua said the young open spiker is like a little like Bernadeth Pons.

Since FEU lost their campaign opener, the former star of University of San Jose-Recoletos – who had a one-and-done stint with FEU-Diliman – has stepped up as a go-to-scorer. And in the process, she has led her team into forcing a three-way logjam at the no. 2 spot in Pool B with the Lady Chiefs and the Lady Blazers.

Atenean businessman renews ties with UP: ‘We are taught to be Men for Others’