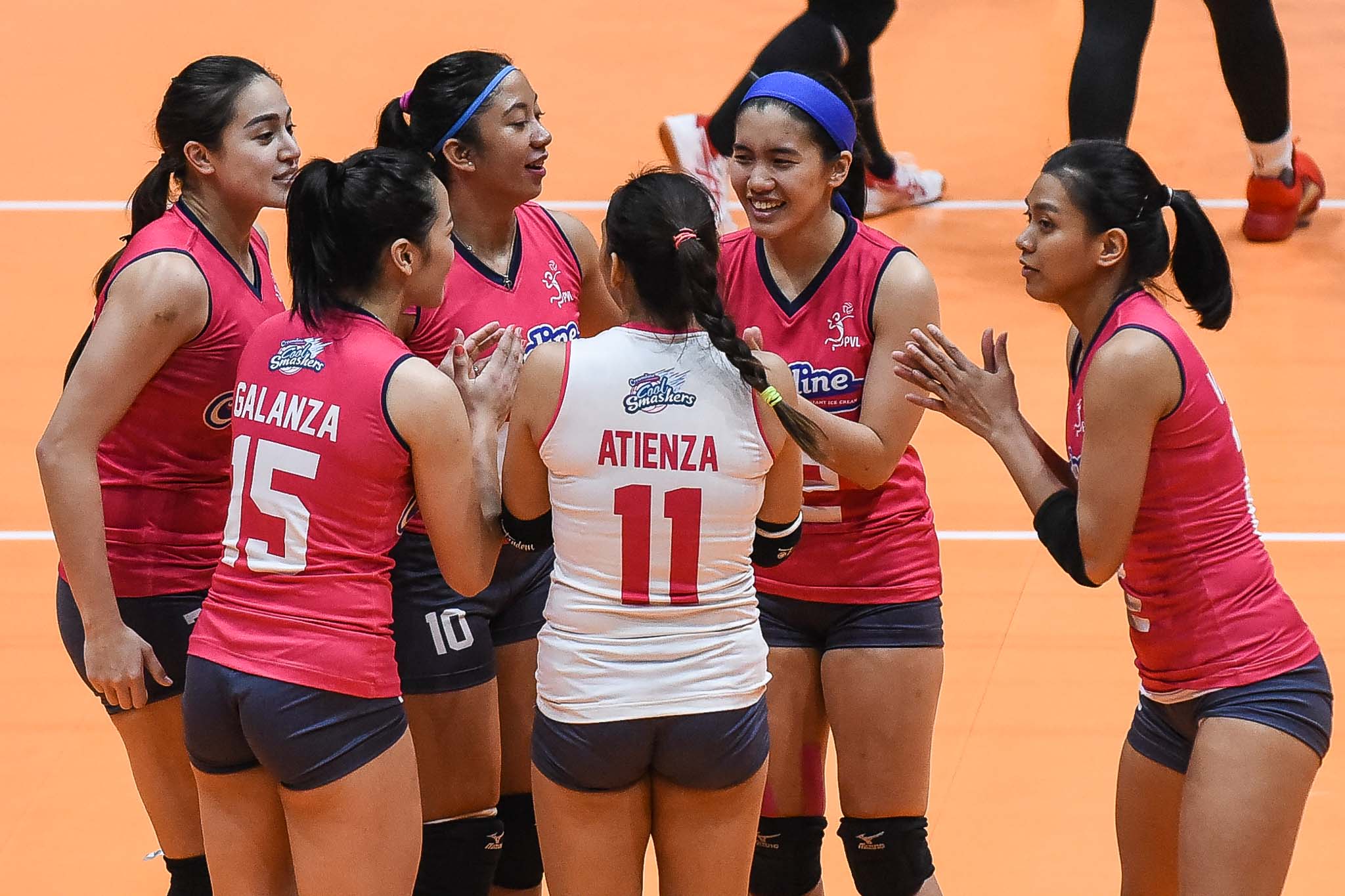 Creamline looked every inch the league-leaders of the 2019 PVL Open Conference on Wednesday when they staved off the feisty BanKo Perlas Spikers.

In order to show off their lethal form, though, the defending champions had to go through a test of focus and patience due to an hours-long delay in their match.

Both the Cool Smashers and the Perlas Spikers were slated to face off at 6:00 p.m. But the nightcap only started at exactly 8:11 p.m. — a holdup in the schedule that caused problems for Creamline.

The five-time V-League MVP also recalled that the moment the Cool Smashers arrived at the FilOil Flying V Centre. At the time, the PacificTown–Army Lady Troopers and the Choco Mucho Flying Titans were still going at it.

Since the squads scheduled to play before them still hadn’t vacated their respective dugouts, Valdez and company had no place to stay.

Still, it wasn’t enough of a reason for Creamline not to prepare.

“Hindi namin nagamit yung dugout. We had to wait din. So sa labas pa lang, we were taping na, we were warming up,” the 26-year-old spiker recounted.

When their turn to play finally came, the Cool Smashers were eager to finish the Perlas Spikers as swiftly as possible.

READ  Myla Pablo vows to play through pain for Motolite

“We psyched up ourselves talaga kanina,” the proud daughter of Batangas said. “Matagal na tayong naghintay, [kaya] tapusin na natin ‘to, guys. Tulong-tulong na tayo dito. I think we were on the same page on that level ng mga teammates ko.”

Creamline then belted BanKo with a 25-10 whipping in the opening set. Still, despite the scoreline, the Perlas Spikers gave the Cool Smashers quite a scare in the latter portions.

Nevertheless, the Rebisco-backed team turned back the Perlas Spikers to walk away unscathed behind Valdez, who fired a game-high 26 points laced with 15 excellent digs.

But did the Cool Smashers really walked away from the delayed match unharmed? Well, their body clocks will determine whether they did or not.

Rike, Ababou eyed to step up as Statham-less Pasig competes in Xiongan