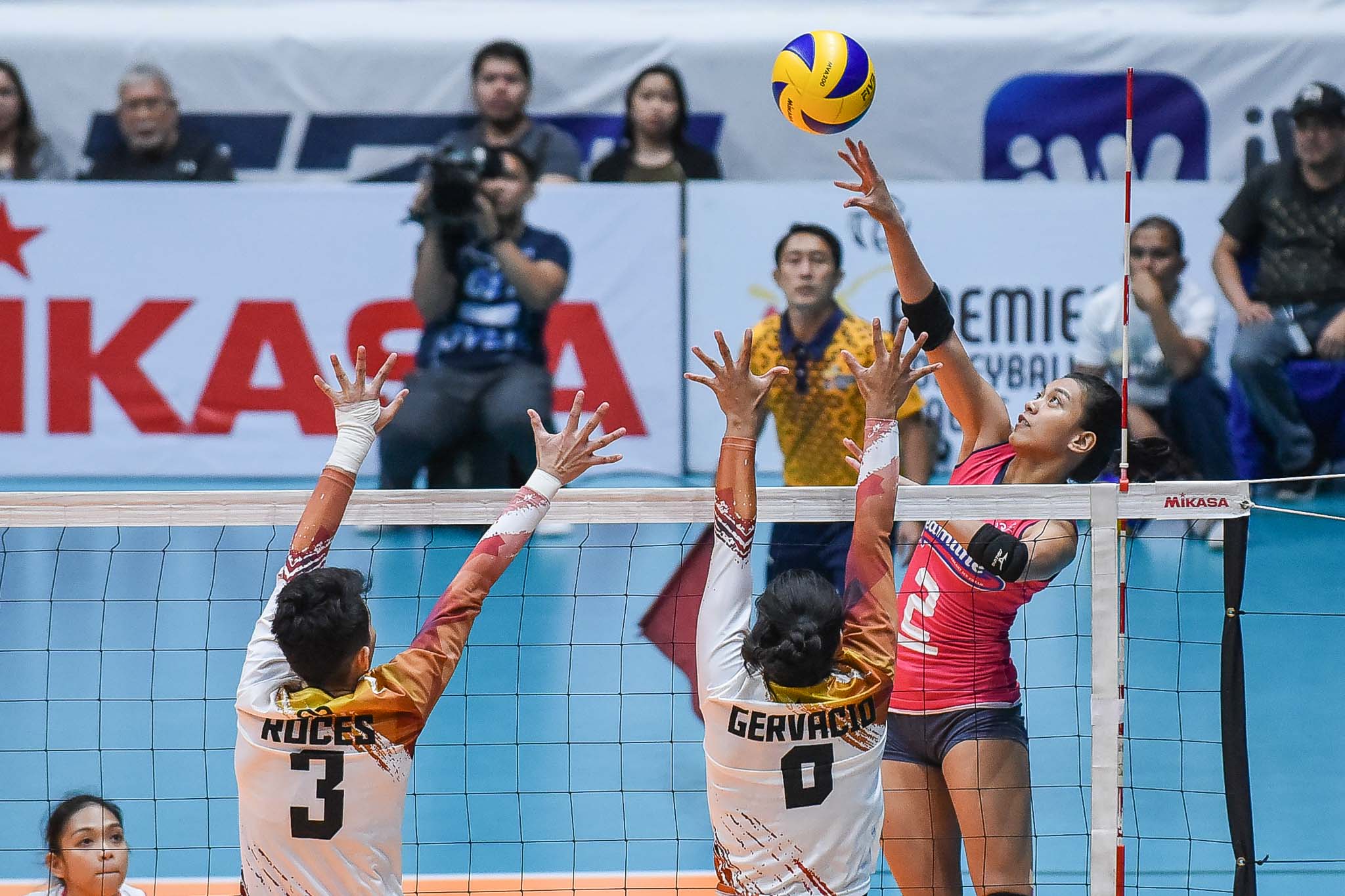 “At the end of the day, tayo ang nag-pay off ng hard training sa ganitong klaseng laro na dikit. Ang puhunan is the preparation we do in training,” said Creamline skipper Alyssa Valdez, who fired a game-high 26 points – built on 18 attacks, six aces and two blocks – laced with 15 excellent digs.

Locked in a 21-all affair, Valdez eluded the Perlas Spikers’ stifling net defense, hammering down a sharp cross-court kill. Michele Gumabao then followed it up with a hit of her own before Dzi Gervacio’s mishit pushed Creamline to match-point.

Jia Morado and Valdez coughed consecutive errors — via a service error and an overcooked cross-court attack, respectively — that brought the Perlas Spikers within a point. Fortunately, Gumabao yet again delivered for her team, roofing Nicole Tiamzon and sealing the deal.

The defending champions extended their unbeaten streak to four. Moreover, they remain perched atop the standings.

Jema Galanza put up 14 attacks for 16 points on top of 12 excellent receptions. Gumabao had 12 markers, while Risa Sato chipped 11.

The Cool Smashers had the upper hand in the attacking and service departments, netting 54 and 14 to the Perlas Spikers’ 37 and three, respectively.

The Perlas Spikers fell to an even 2-2 card.

The Cool Smashers will now prepare for a rematch with Reinforced champions Petro Gazz Angels on Saturday. Meanwhile, BanKo shall face the Chef’s Classics Red Spikers on Sunday. Both games will be played at the FilOil Arena.

Quezada, PWNFT put up gallant stand but Thailand proves too much