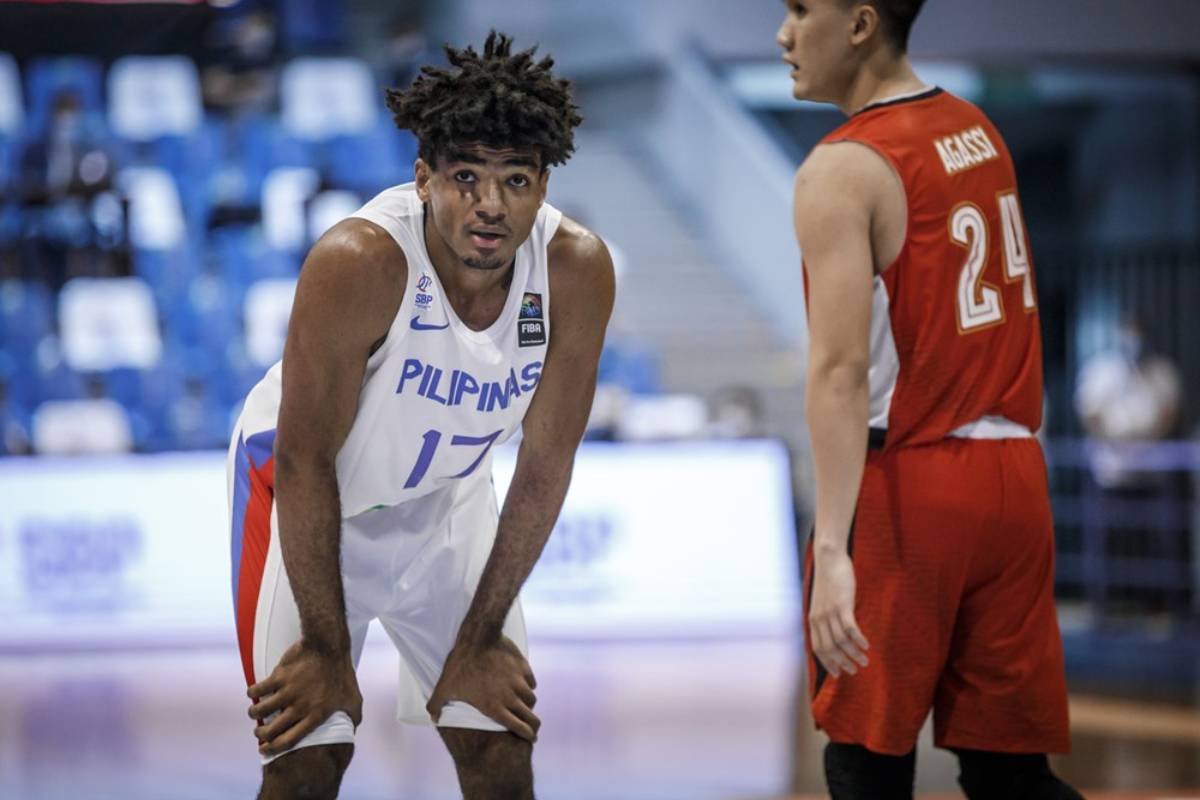 Lebron Lopez made himself known as a human highlight film during UAAP Season 82.

So when he made his Gilas Pilipinas debut on Friday evening against Indonesia, plenty of hype surrounded the game.

Of course, the 18-year-old Lopez himself could not help but feel excited since his dream would finally come to fruition. But he did not show it to Gilas Men program director and head coach Tab Baldwin, which impressed the American-Kiwi tactician.

“The most impressive thing about Lebron is that I could see that there was excitement there, but he made an effort to be composed and to do the little things right at both ends of the floor,” said Baldwin.

“That’s a great sign for a young player, because we all know that Lebron can be a highlight film if he just runs around there wild and does crazy stuff.”

Lopez heard his number called up with 2:55 left in the third canto and Gilas up 46-31 against Indonesia. Exactly 16 seconds later, the Ateneo Blue Eaglet made a bucket — a clean-up of an SJ Belangel miss.

What followed in the final frame was an almost 10-minute showcase of what he can bring as a basketball player.

The 6-foot-5 athletic wing locked in on his assignments; made timely steals; drew a lot of fouls on Indonesian vets like Arki Wisnu; and made athletic rebounds and a block to boot.

And he did it all while staying within the system.

“I thought that his discipline, in particular… He did not play in the first half — maybe he heard those words at halftime. And I thought that he played with great composure. He was productive,” said Baldwin.

Lopez finished with eight points, five rebounds, a steal, a block, and an assist in nine minutes of game time.

“I think that we have a tendency sometimes here to be carried away with the spectacular on the basketball floor. And the only thing we want in our program to be spectacular is the results and the performances,” he continued after Gilas’ 76-51 win that gave them a 5-0 slate in Group A of the Qualifiers.

“With Lebron buying in with the way he is buying in, we might sacrifice some of the highlights. But I think eventually we will have a tremendous basketball player on our hands. In the end, that’s what we all want at the end of the day.”

Lopez will continue to train with Gilas for the next few weeks as Gilas wraps up its Asia Cup Qualifiers campaign on Sunday. After that, it prepares for the Belgrade Olympic Qualifying Tournament.

Barring any hiccups, Lopez will also be with Gilas for the Asia Cup proper, the World Cup Qualifiers, and maybe even the 31st Southeast Asian Games.

Yes, Lopez has proven to Baldwin that he made the right choice of adding him to the pool.

“We are not trying to put any particular genre of individuals in the team. We are trying to put players that we believe have a future that will help Gilas stand up to international competition. I think Lebron deserves to be there even if he is very young and can make mistakes,” said Baldwin.

“Lebron is there because we believe that he belongs there and we believe in his future. What he did tonight was an example of a good start for him, but only a drop in the bucket of what we expect in the future.”