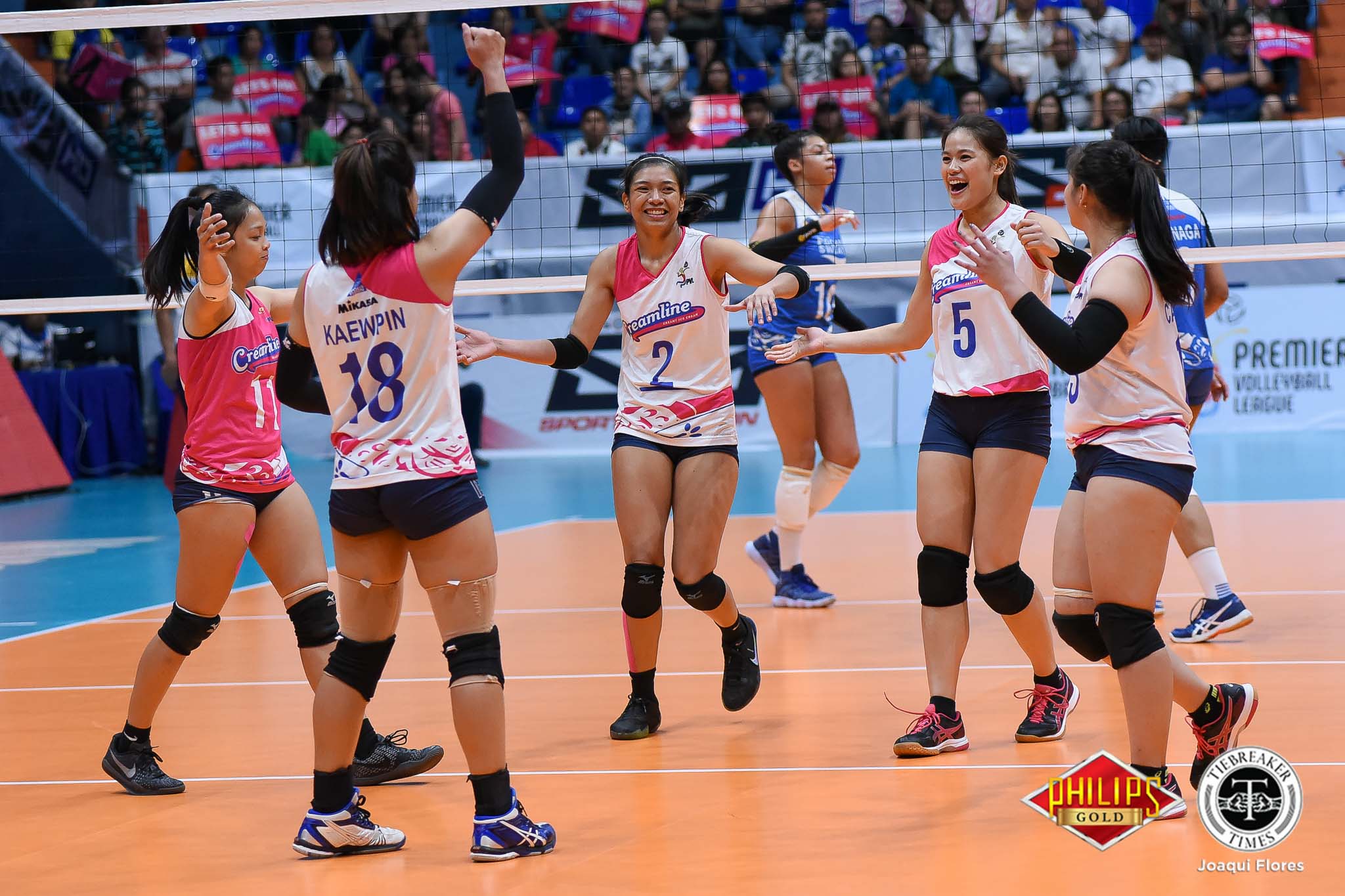 It’s been more than a year coming, but the Creamline Cool Smashers finally broke into the PVL Finals.

Entering the league last year, Creamline has had several chances at a title derailed by varying factors and had to settle for bronze in two conferences.

Perhaps the biggest factor to Creamline’s missing out on the 2017 Finals was Alyssa Valdez’s absence. The four-time league Most Valuable Player missed a handful of crucial matches for her club team due to overseas and national team commitments.

With a retooled and complete lineup, the Cool Smashers bucked injuries and dethroned the Pocari Swear-Air Force Lady Warriors in the 2018 Reinforced Conference semis.

Knowing her club’s history, Valdez was ecstatic to finally steer the Cool Smashers to the Finals.

“I think of all the games this is, siguro, ‘yung pressure iba rin talaga kasi after ilang conferences gustung-gusto talaga namin makapasok sa finals,” said Valdez after tallying 15 points in their Finals-clinching match against Pocari Sweat.

“After this game siguro mas male-less na ‘yung pressure kasi the goal is to really get the championship, but, siyempre, the goal is to win din. Iba ‘yung pinagtyagaan rin and all the sacrifices and after all the injuries na dumaan na sa team namin. But, hopefully, going to the finals mas malessen na ang injuries,” the 25-year-old added as she, Jia Morado, Pau Soriano, and several other Cool Smashers battled through all sorts of injuries throughout this campaign.

Personally, Valdez also ticked off a major milestone. The three-time UAAP MVP encountered a three-year title drought in the club ranks — last lifting a championship with PLDT in 2015.

If anything, the long wait for a return to the Finals only made Valdez apprecieate the daily grind of an athlete.