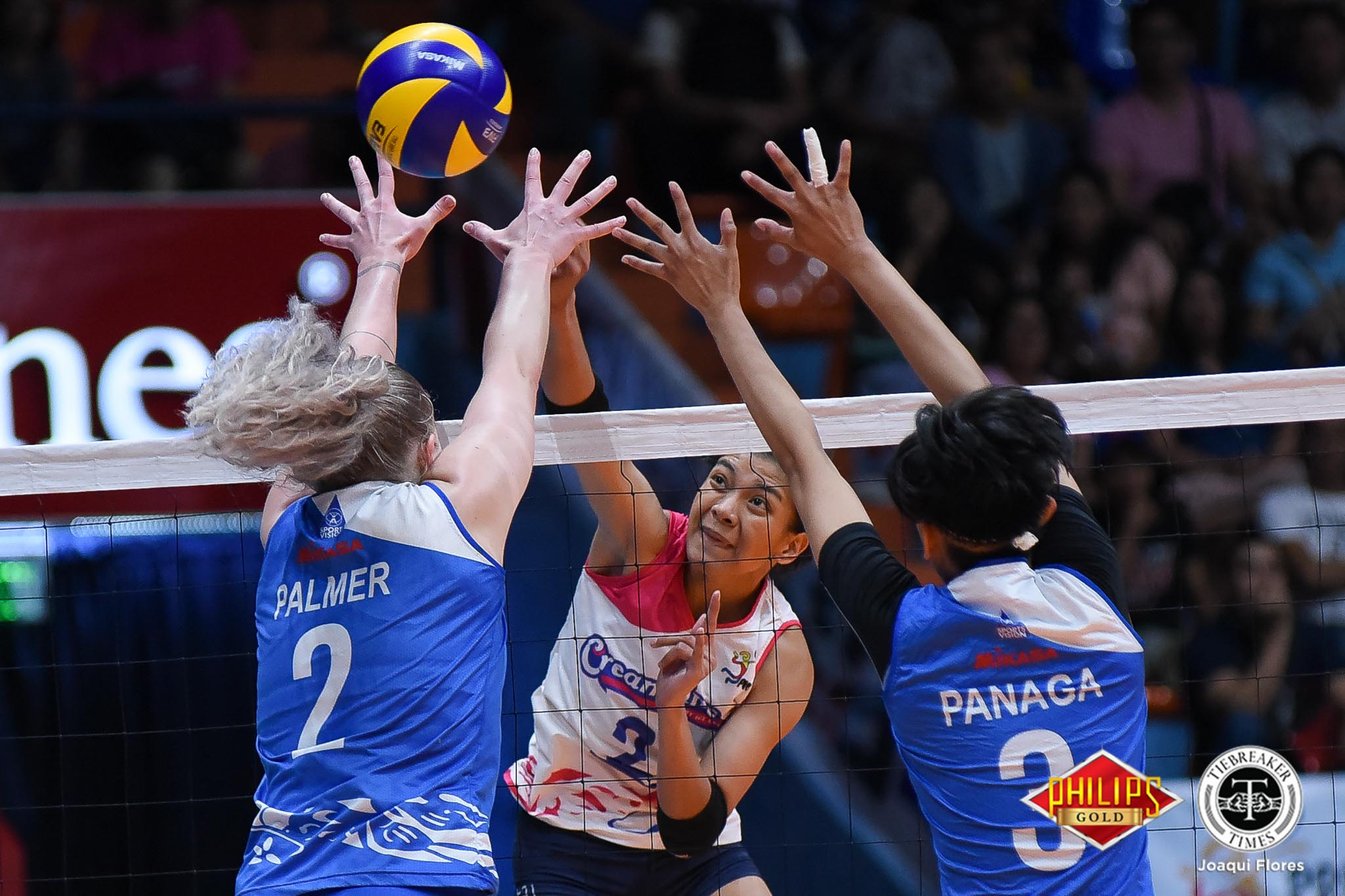 The Lady Warriors were dealt a decisive blow minutes before the match with ace hitter Myla Pablo tweaking her back during the official warm-ups.

Creamline overwhelmed their short-handed foes throughout the match. The Cool Smashers ran off to a 16-7 lead in the first set before sprinting to an insurmountable 19-12 edge in the following frame.

Pocari Sweat-Air Force momentarily regained form in the third set, building a 5-2 cushion. Creamline captain Alyssa Valdez, however, dashed their hopes scoring four times in a run that pushed the Cool Smashers ahead 14-12. Pocari Sweat-Air Force then struggled to receive Jema Galanza’s serve, opening the door for Creamline to take the match after racing ahead, 22-14.

“There was a lot of pressure on the team talaga to make the Finals. But, it wasn’t pressure that bothered us or affected us negatively. Siguro, ‘yun ‘yung pressure that really kept us pushing forward,” the former Ateneo Lady Eagle added.

Creamline will take on the winner of the PayMaya-BanKo tiff in the Finals which begins on Sunday at the SM Mall of Asia Arena.

READ  Valdez on beating UST and her Thomasian pride

Pocari Sweat failed to make the PVL finals for the first time in franchise history.