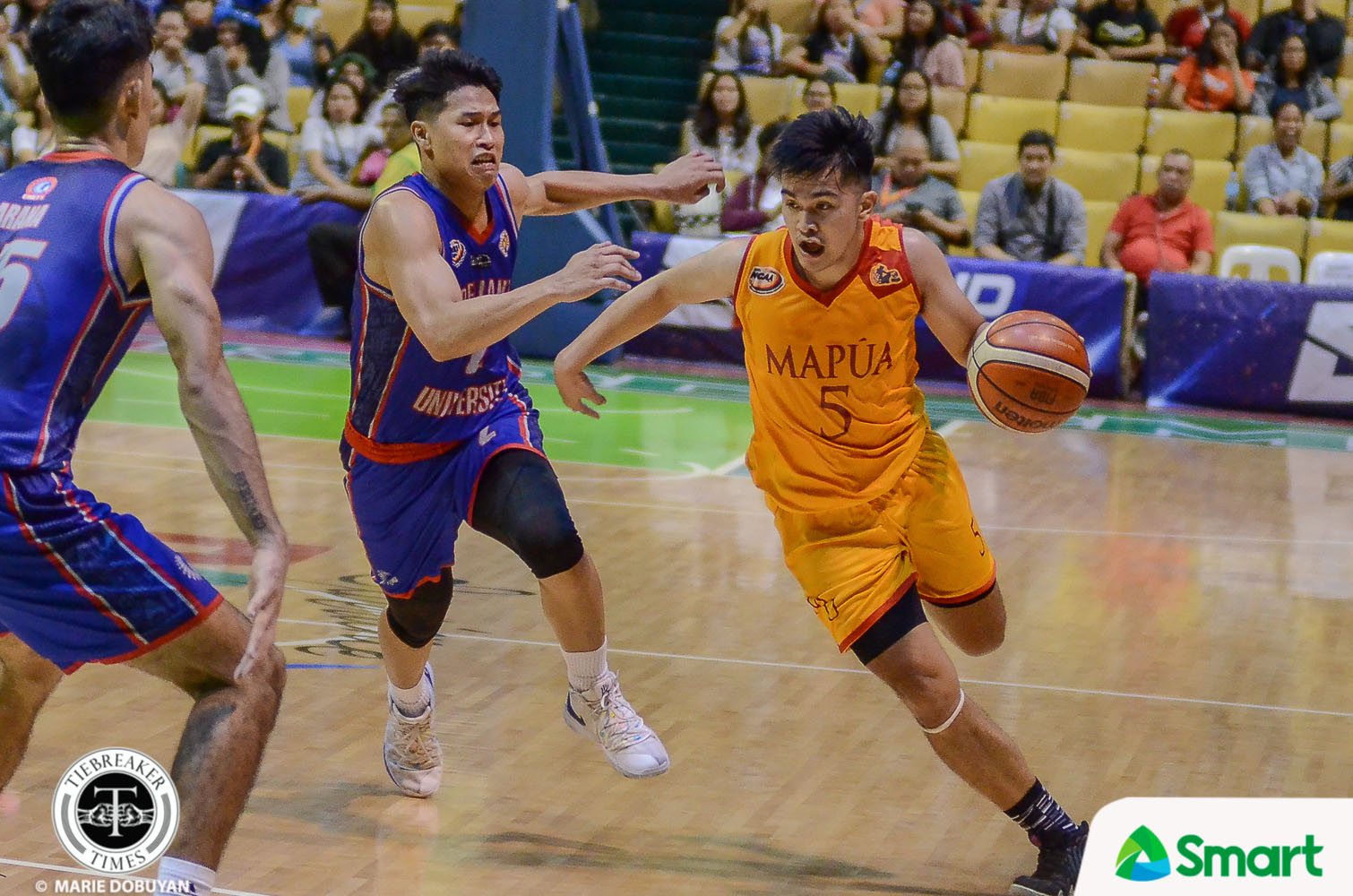 Laurenz Victoria made sure to steal the thunder from the rivalry game between San Beda and Letran.

In the NCAA’s first game in 11 years at the Cuneta Astrodome, a venue just 23 minutes away from Mapua, Victoria fired a season-high 29 points to lift the Cardinals to their breakthrough win in the Season 95 Seniors Basketball Tournament last Saturday.

This time around, the Mapua captain did not allow any meltdowns against the Arellano Chiefs.

Up by just two with 1:09 left, the 22-year-old guard took matters into his own hands, scoring on a fadeaway jumper to give the Cardinals some breathing room.

After a defensive stop, Victoria then aggressively drove through the lane, drew a foul, and then knocked down two clutch free throws that halted Arellano’s hijack attempt.

For his heroics that lifted Mapua to a 73-64 win over Arellano, the 6-foot guard was hailed as the Chooks-to-Go Collegiate Press Corps NCAA Player of the Week.

Victoria bested Lyceum’s Mike Nzeusseu and San Beda’s Evan Nelle for the weekly honor handed out by scribes covering the beat from print and online.