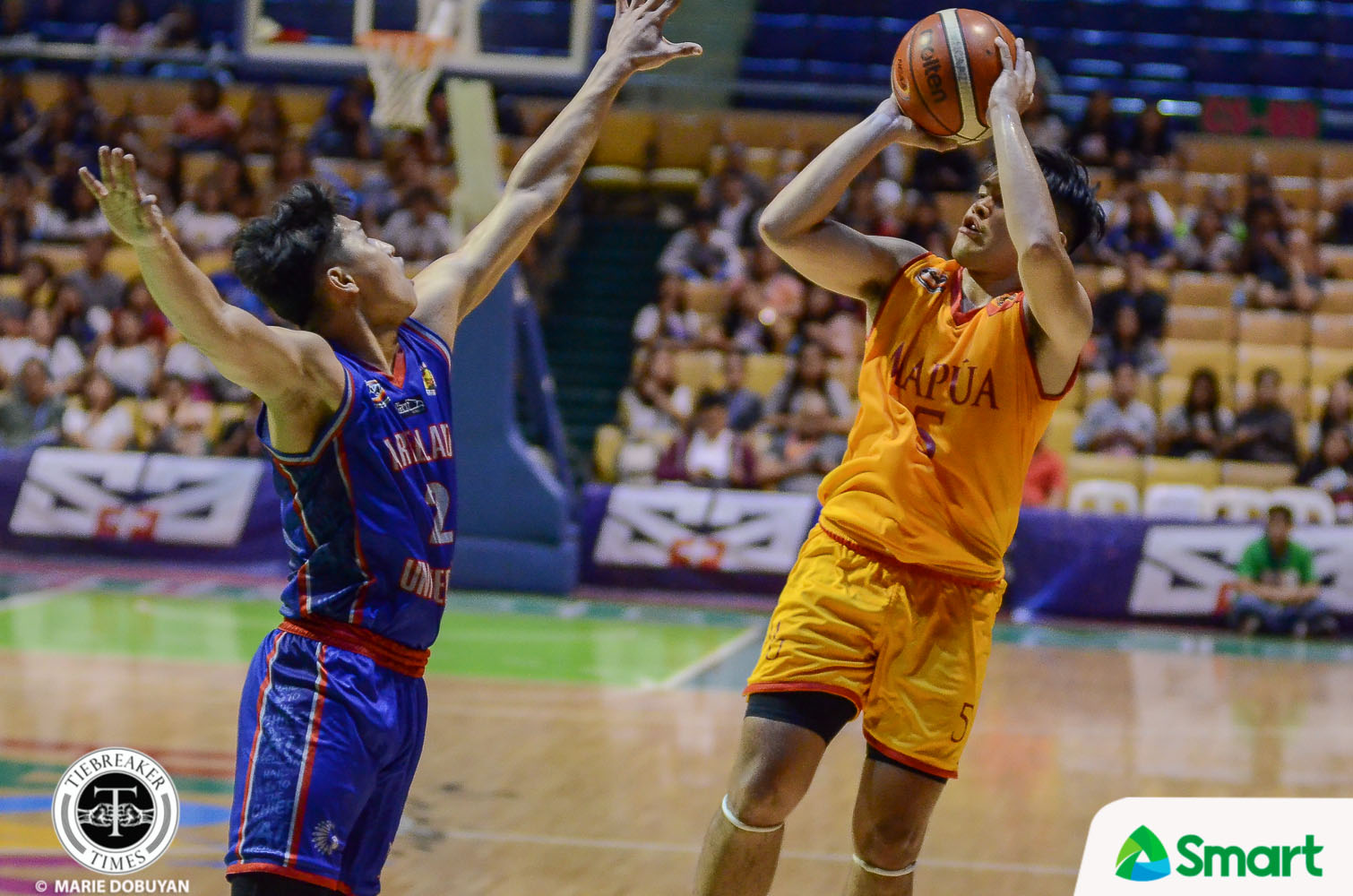 As they say, when you hit rock bottom, there’s nowhere to go but up.

The Mapua University Cardinals finally racked up their first win in the NCAA Season 95 Seniors Basketball Tournament, picking up a 73-64 win over the Arellano University Chiefs, Saturday evening at the Cuneta Astrodome in Pasay City.

And he had to rely on a former Red Robin to win this one.

Laurenz Victoria tallied a career-high 29 points on 8-of-13 shooting from the field and 12-of-15 clip from the charity stripe to gain the victory.

When Arellano cut Mapua’s lead down to two with 1:01 left in the game, Victoria took matters into his own hands, knocking down a pull-up jumper that served as the dagger.

Two more freebies from Victoria followed by big baskets from rookie Paolo Hernandez put the finishing touches on the Chiefs.

Arellano, who fell to 1-5, was led by Archie Concepcion’s 13 markers while Rence Alcoriza added 10 points.

Mapua looks to continue the momentum it gained when it faces the EAC Generals on Tuesday, August 13 at 2:00 pm. Arellano, on the other hand, takes on the CSB Blazers later in the day at 4:00 pm.