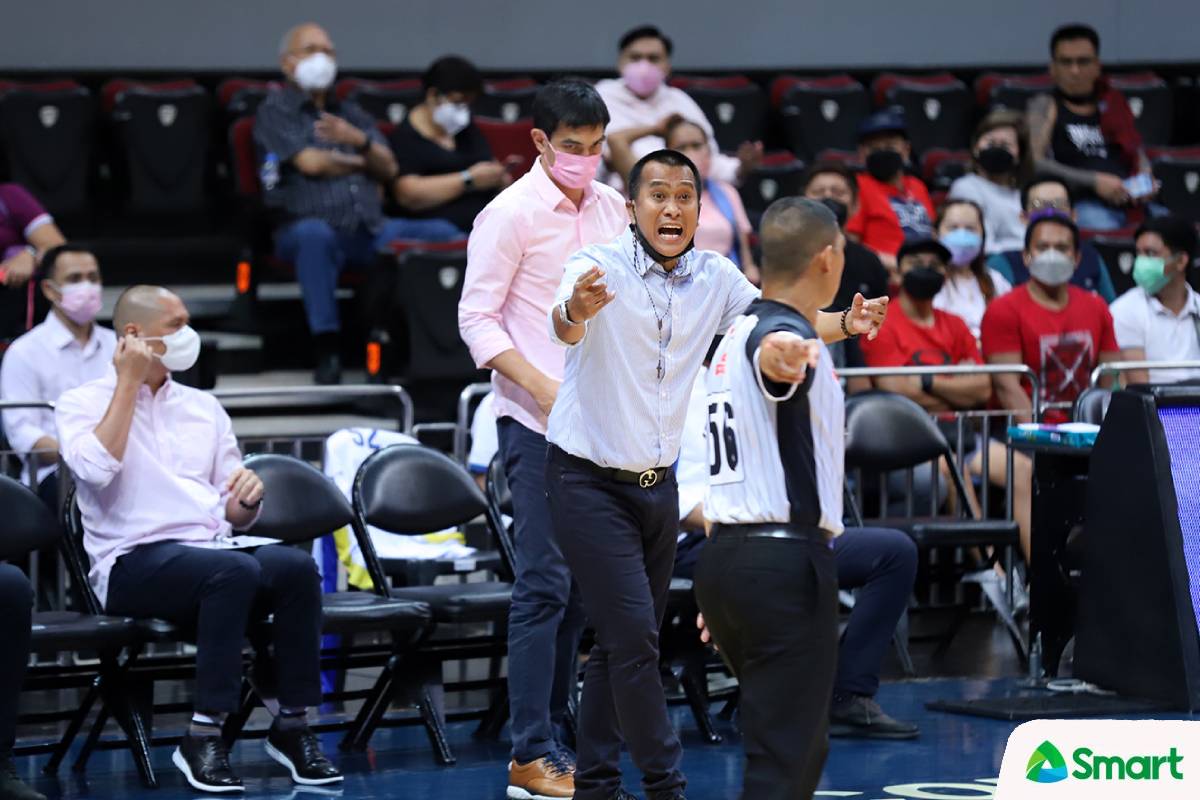 Magnolia head coach Chito Victolero was left in disbelief due to the confusing situation in the waning seconds of their Game Two encounter against Meralco in the 2022 PBA Governors’ Cup semifinals, Friday evening.

“That’s a bad call,” said the champion mentor moments after their 75-81 loss at the Mall of Asia Arena in Pasay, which evened the series at 1-1.

It happened with about 27 seconds left and with the Bolts ahead 80-75, when Tony Bishop launched from the right-wing with the shot clock winding down.

His trey missed, but Aaron Black was there to collar the rebound. He gave it to Chris Newsome as they tried to milk the clock and preserve the lead, until play was stopped with 9.4 seconds left when Jio Jalalon was called for a foul.

Victolero and his staff were then seen irate towards the officials, for they collectively argued that Bishop’s shot did not hit the rim and therefore a shot clock violation should’ve been called, meaning that the ball would go their way.

The one-time Coach of the Year, from his viewpoint, said that the rock barely hit anything. But whether or not it did, the shot clock should’ve been reset to 14.

His counterpart Norman Black, on the other hand, believes otherwise and added that it’s all in the discretion of the referees.

“And they didn’t–when they replayed it, it hit the rim,” opined the Grand Slam-winning bench tactician. “That’s all it takes.”

Victolero also lamented the way the whistle was blown in the match. Magnolia was called for a total of 32 fouls — Calvin Abueva fouled out, while Mark Barroca and Rome Dela Rosa both had rough nights with five apiece.

“But the problem is, sometimes you have to equally call ‘yung tawag. But maybe that’s the breaks of the game, baka ganun talaga ‘yung tawag. But I don’t know how they can fix the officiating,” he offered.

“We’re not asking for an advantage or what, just try to make sure na equal,” furthered the champion shot-caller.

“Wala naman akong control dun e. The control is on their side. I don’t know what they will do, but ‘yun lang, whatever happens, we will try to play hard on Sunday, we’ll do our best also, we’ll give our best effort again,” he added.

Victolero made it clear that they aren’t using it as an excuse of sorts, saying that Magnolia will have to do better if they want to retake the series lead.

“It’s not an excuse, ha. It’s not an excuse. Of course, Meralco played hard also, they deserved to win,” said the former cager turned coach. “But, you know, you have to do something about equal officiating.