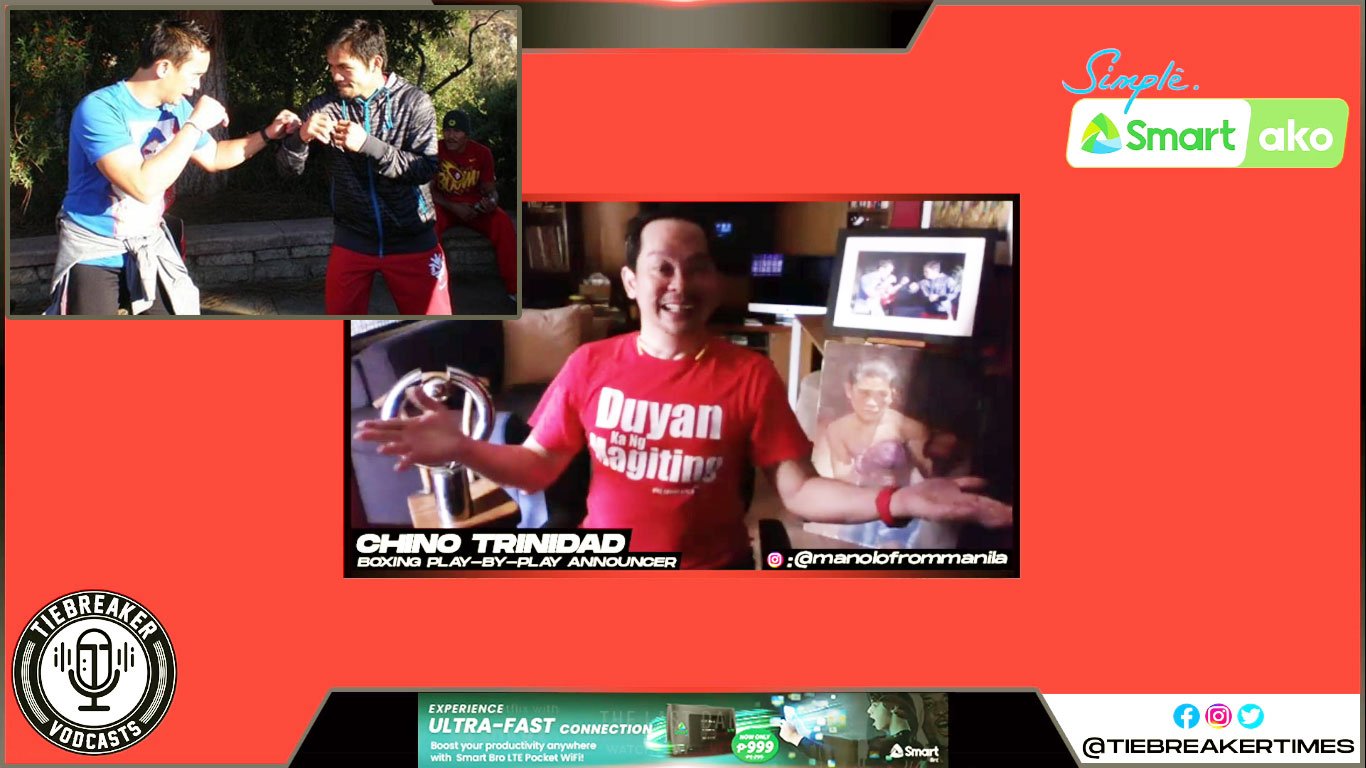 Before the legendary athlete rose up to become an eight-division world champion, the voice of Blow by Blow, Chino Trinidad, revealed that there was nothing special about Manny Pacquiao during his early bouts.

Blow by Blow was a weekly sports boxing television program that aired from 1994-2000, and was revived by Pacquiao himself in 2015. The show was most notable for helping Philippine boxing flourish within the country, and featured fights from a scrawny Pacquiao.

During their first encounter, Trinidad was not yet the broadcaster for the show, but rather the one assigned to fix the list of cards for upcoming fights. And in that moment, he met Pacquiao — a skinny boy hailing from General Santos, who would soon become one of the greatest boxers of all time.

Pacquiao was starting to gain recognition after a few fights for being an exciting fighter. Even back then, he was already known for his speed and quick punches. But still, Trinidad was skeptical about his capabilities until they went to Palawan for a set of matches.

Despite Pacquiao becoming a champion, Trinidad still had reservations about his ability in the ring.

He was shocked when Pacquiao came back stronger in 2006 to beat Erik Morales in their rematch, and was even more surprised to see Oscar De La Hoya suffer a massive loss in 2008. Time after time, Pacquiao would prove Trinidad and all the naysayers wrong.

And knockout after knockout, win after win, he showed the world that he was no longer the scrawny kid from General Santos who was featured in Blow by Blow, but a legendary world champion who trained day and night to be remembered as an all-time great.

Up to this day, the world’s only eight-division boxing world champion continues to amaze everyone — including Trinidad.