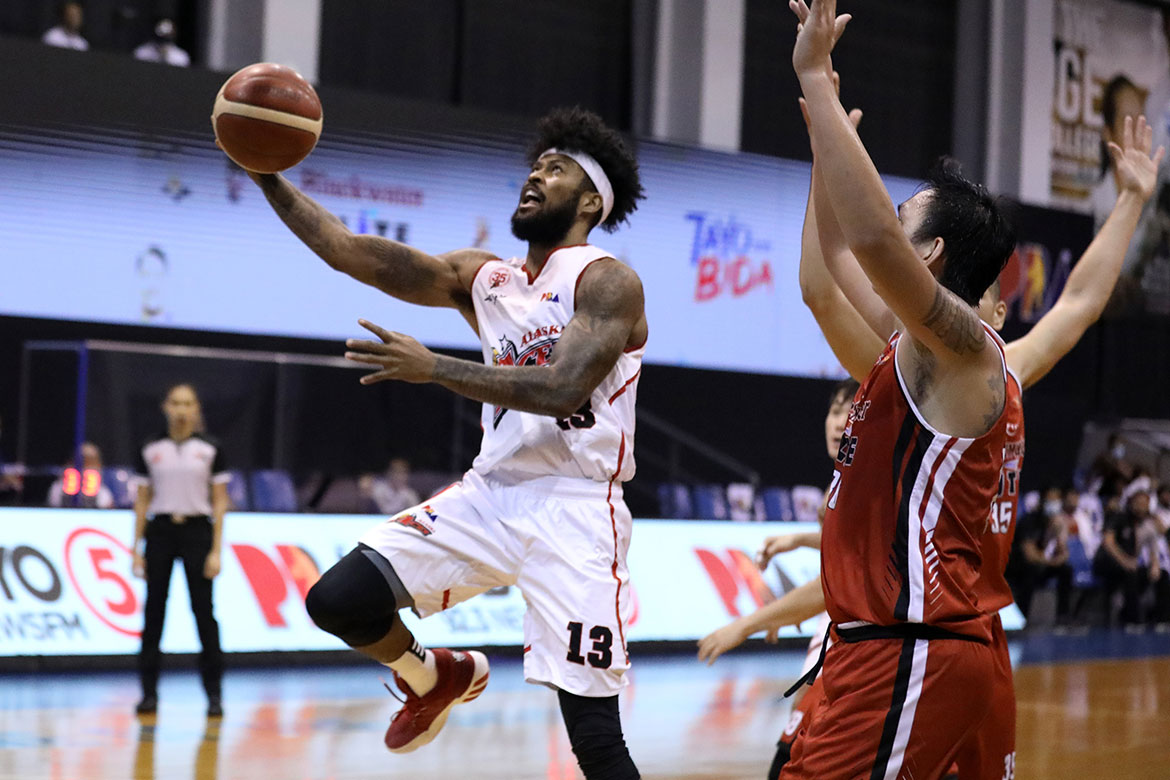 Coach Jeff Cariaso wasn’t keen on fielding Maverick Ahanmisi in Alaska’s 2020 PBA Philippine Cup meeting with Blackwater, Tuesday. In fact, he was even hoping that he won’t have to play him.

The 29-year-old rejoined the Aces only recently, arriving in the bubble mounted at the Clark Freeport Zone just last week. He returned from the United States weeks before the season restart.

“I told him in the beginning, ‘I don’t wanna play you. I hope that there’s no need to play you,'” said the seasoned mentor.

But eventually, Cariaso decided to put him in the game, with everything all but settled. Ahanmisi was part of the five that started the final frame, along with Jeron Teng, Rodney Brondial, Mike DiGregorio, and Barkley Ebona.

Ahanmisi finished with two points — a reverse lay-up from the left baseline — and two assists in six minutes and 33 seconds of play as the Aces cruised to the 120-82 victory, their second in four games.

Cariaso said that he did it so he could give the five-year pro his first taste of the action inside the bubble, which will hopefully help as the shortened season goes along.

“I gave him a little taste of being out there on the court today,” he said.

“And I just felt like giving him a few minutes to get that first game out of his system — tonight was a good time.”

Ahanmisi’s arrival is huge for Alaska, especially after it lost Kevin Racal to a season-ending anterior cruciate ligament injury he suffered on opening day. The defensive ace is set to leave the bubble tomorrow for his surgery.

“Mav is Mav. He’s a vet. He knows how to play the one and two, and why I like him is because he defends,” said Cariaso. “Mav’s really gonna help us.

“We’re praying for Kevin. Yes, he is leaving tomorrow, unfortunately, but he’s always with us. I told him, get the surgery so you can come back sooner. That’s what we’re doing.”

Being the new kids on the block is never easy. Everyone tends to look at you with suspicion and shall seek opportunities to test...