Carlos Yulo provided one of the greatest moments in Philippines sports in the year just past.

The petite 19-year-old made history after winning the gold in the men’s floor exercise of the World Artistic Gymnastics Championships in Stuttgart, Germany. The exploit made Yulo the first Filipino and the first male gymnast from Southeast Asia to claim gold in the world stage.

It was a twin feat for the 4-foot-11 Manila-born gymnast, since he likewise secured a berth in the 2020 Tokyo Olympics.

Yulo later capped 2019 by serving as one of the leading lights for Team Philippines in the 30th Southeast Asian Games. He won two gold and five silver medals, helping the host country regain the overall title of the biennial meet 14 years after first winning it in 2005.

For stirring Philippine gymnastics to greater heights and giving the country another sporting pride, Yulo will be conferred with the President’s Award during the SMC-Philippine Sportswriters Association (PSA) Annual Awards Night on March 6 at the Centennial Hall of the Manila Hotel.

The young gymnast joins an elite list of personalities who were previously honored by the sportswriting community with the same award, among them include Manny V. Pangilinan; the multi-titled National University Lady Bulldogs team; billiards champions Rubilen Amit and Dennis Orcollo; and slalom racing champ Milo Rivera.

Yulo’s historic achievement will forever be etched in Philippine sports annals and will stand the test of time, making no other person deserving of the award, according to PSA president and Manila Bulletin sports editor Tito S. Talao.

#ReadMore  Who were the closest to winning SEAG gold no. 150 for Team Pilipinas?

Team Philippines’ recapturing the SEA Games overall crown — in which Yulo played a big part — will be recognized with the prestigious Athlete of the Year award solely given by the country’s oldest media organization during the gala night presented by MILO, the Philippine Sports Commission (PSC), Cignal TV, Philippine Basketball Association (PBA), and Rain or Shine.

The Athlete of the Year and President’s Award are just two of the trophies to be bestowed by the PSA to personalities and entities who made Philippine sports a memorable one last year.

Other special awards to be given are Executive of the Year, National Sports Association of the Year, Lifetime Achievement, Ms. Basketball, Mr. Volleyball, Ms. Golf, Mr. Football, and Coach of the Year.

Not to be missed out are the recipients of Major Awards, Tony Siddayao Awards, MILO Junior Athletes Award, and numerous citations. 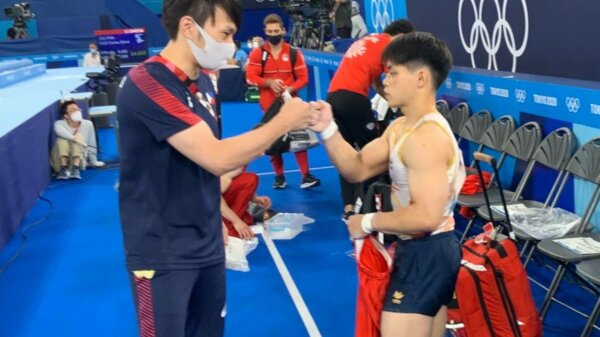 It was a stunning scene for the Filipinos who saw on several streaming platforms the floor exercise routine of Carlos Yulo last Saturday. One... 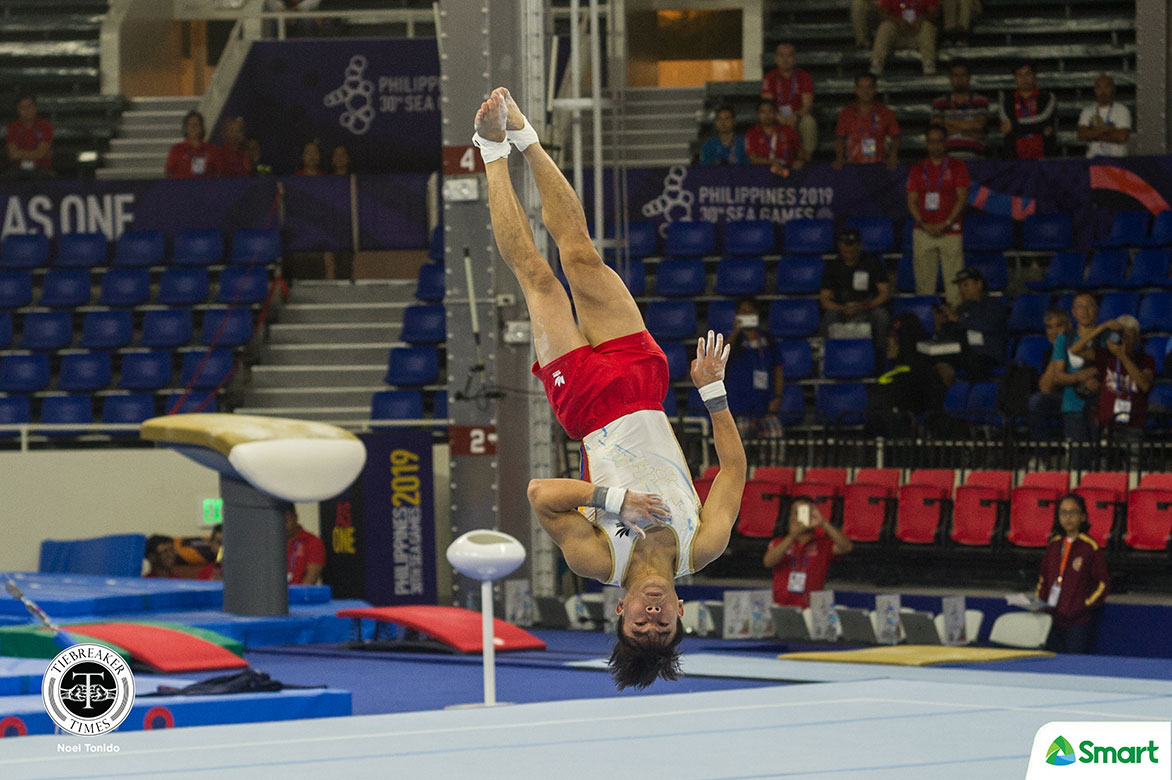 TOKYO – After falling short in his pet floor exercise event, Filipino gymnast Caloy Yulo turns his sights to the vault finals where he...

Caloy Yulo made an apparatus final, but major falls in his pet event saw him go out as the men’s all-around and apparatus qualification...

TOKYO— Caloy Yulo psyched himself up in his room at the Olympic Village on Friday as he focused on the men’s artistic gymnastics competitions...