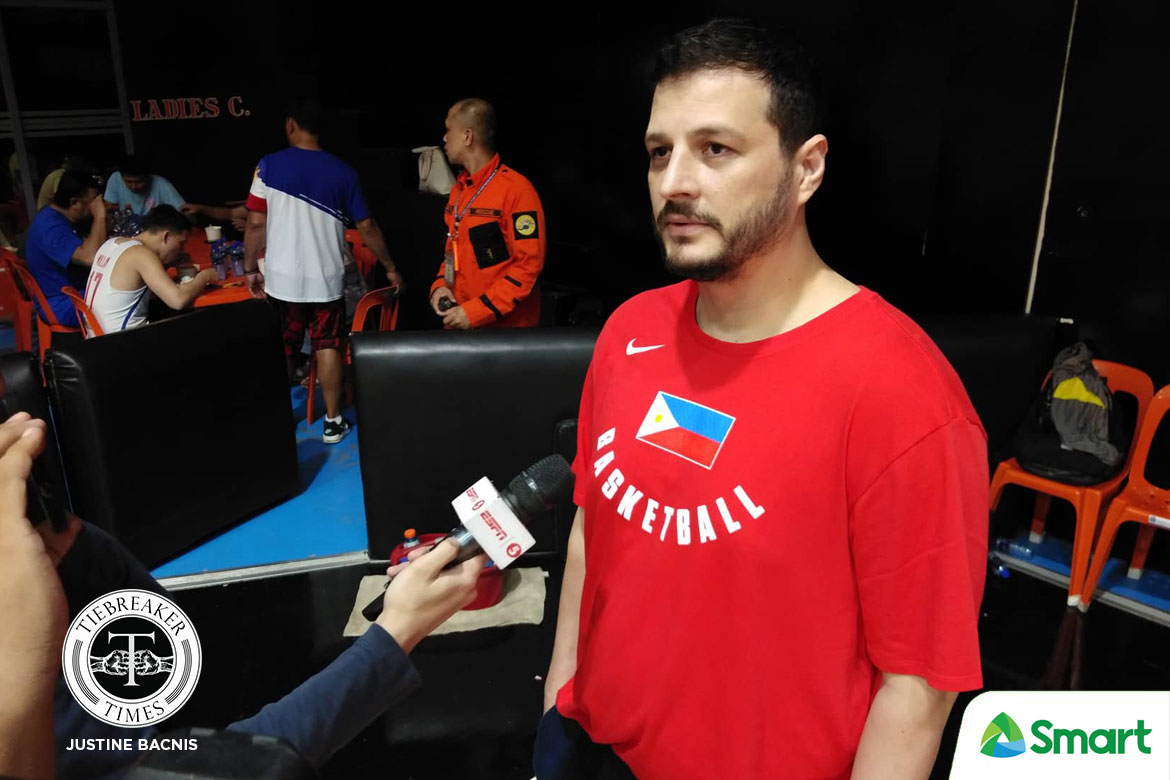 Gilas Pilipinas only had a light practice Thursday evening as they resumed their buildup for the 2019 FIBA World Cup.

With head coach Yeng Guiao absent as he had to attend to some matters, lead assistant Caloy Garcia presided over the practice, leading the 13 men present to a walkthrough of their offensive sets.

“The instructions of coach Yeng was just to walk the players through some of the plays na tinatakbo namin jus to refresh them to what we’re doing,” said the seasoned bench strategist.

Gilas practices usually last for about two hours but Thursday’s only lasted for barely an hour — their shortest so far in eight sessions. But Garcia expressed his satisfaction with the progress he had seen from the Filipino dribblers.

“And parang kabisado na nila yung plays, so we just had a short practice.”

Garcia said that another reason behind the quick practice was that they did not want to burn the players out given the crucial stretch the PBA is into in the ongoing Commissioner’s Cup.

The mid-season joust is at the tail-end of the eliminations and teams are scrambling for the quarterfinals.

“We know this week medyo mabigat ang labanan sa PBA so we didn’t want any five-on-five scrimmages today,” he said.

“They have crucial games this week, so we don’t want them to get that tired.”

But everything, though, will likely go back to normal next week. Gilas is expecting Andray Blatche to arrive this Saturday, and he will buckle down for work with his teammates come Monday.