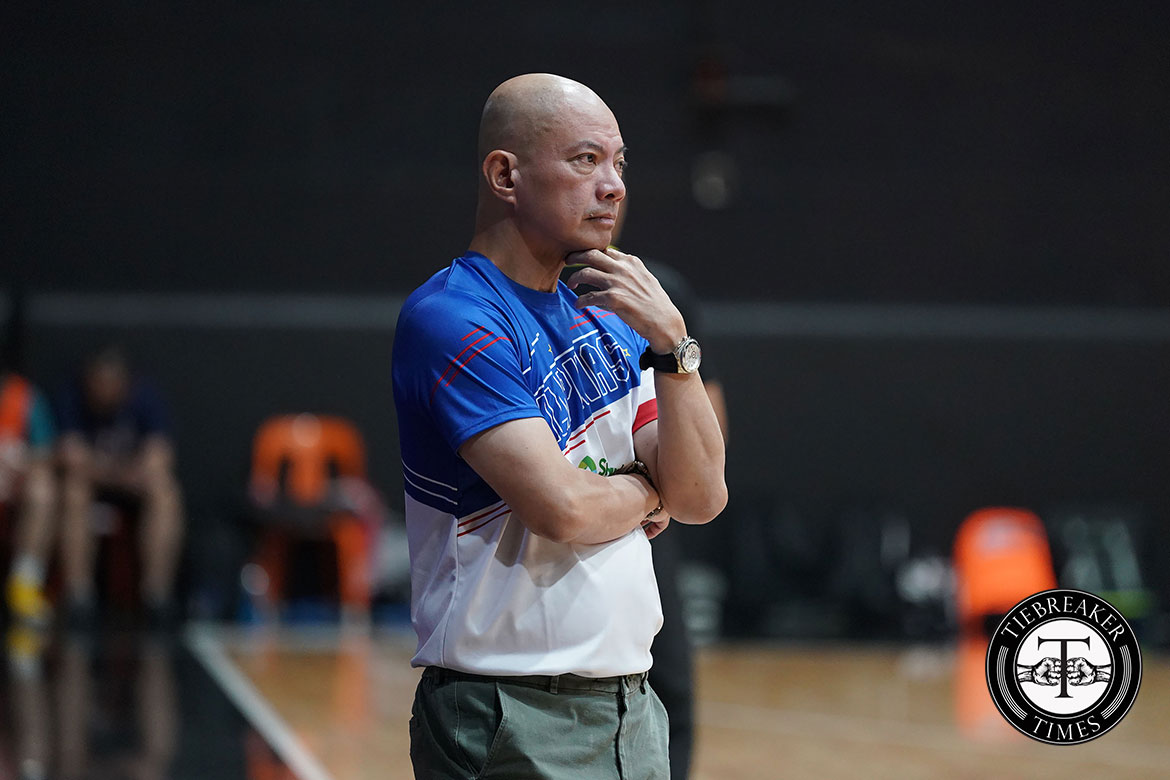 With Gilas Pilipinas head coach Yeng Guiao absent due to a meeting with executives of the MVP Group, assistant coach Caloy Garcia stepped up.

Garcia presided over the eighth practice session of Gilas Pilipinas for the 2019 FIBA World Cup, Thursday evening at the Meralco Gym in Pasig City.

Paul Lee and Troy Rosario were in street clothes and watched from the sidelines — Lee hurt his ankle in Magnolia’s 82-86 loss to Rain or Shine Wednesday night in the PBA Commissioner’s Cup.

Marcio Lassiter is not in attendance.

This is Gilas’ eight practice for the global meet.

Gilas are now waiting for the arrival of naturalized center Andray Blatche over the weekend, and they will be working with him once again as their practices resume next Monday.

The National Team is grouped with Serbia, Italy, and Angola in Pool D of the World Cup that begins on August 31.

David Carlos shows he could play 3×3 as well