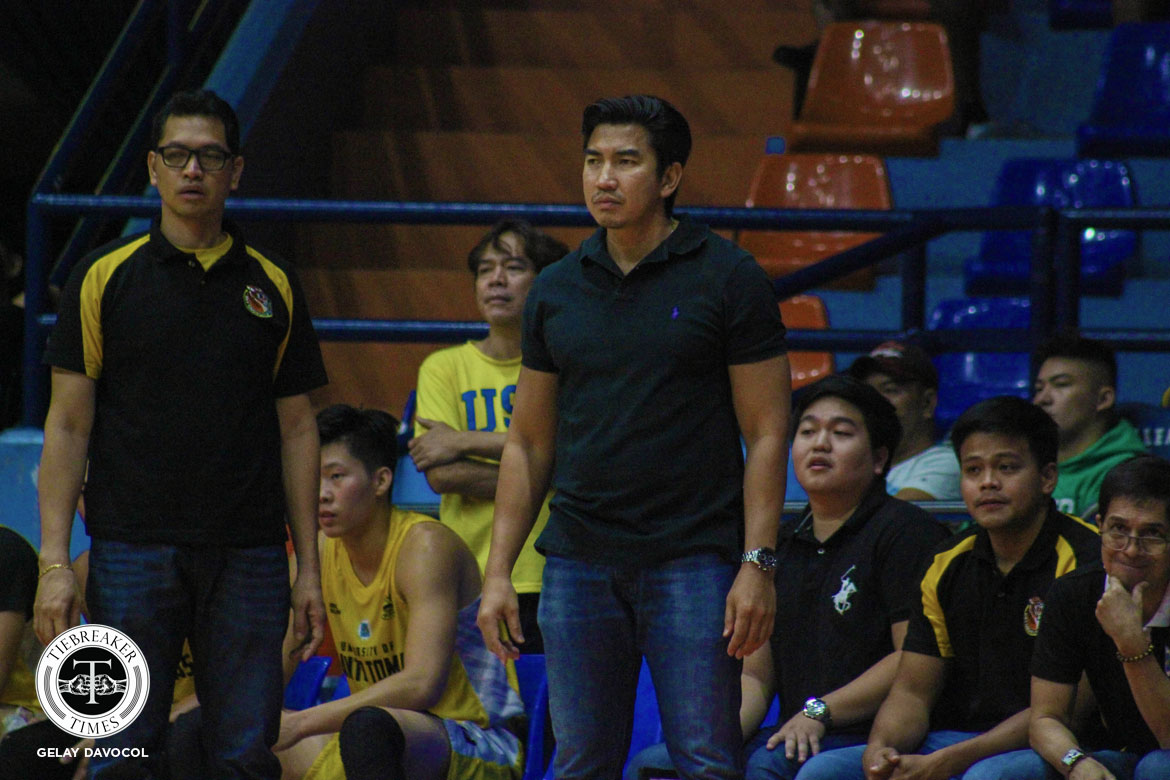 Last May 1, a video surfaced that showed Brent Paraiso attending a film session by the University of Santo Tomas Growling Tigers.

Eight days later, the 6-foot-2 defensive specialist suited up for the Growling Tigers against the JRU Heavy Bombers in the SMART/UCBL Season 3 Preseason Tournament.

But UST head coach Aldin Ayo disclosed that nothing is final yet between UST and Paraiso, saying that they had just allowed Paraiso to play, as there is no eligility requirement in the UCBL.

Paraiso seemed to come out of his shell during that game. The 19-year-old swingman had 17 points and five assists in the contest, which impressed Ayo. Moreover, Ayo raised a point about how deep the De La Salle University Green Archers’ pool is.

Even if he is giving Paraiso time to weigh his options, Ayo stressed that he has to decide before the 2018-19 academic calendar of UST begins.

“Pero siyempre may time that he has to decide. We have to finalize our roster na pang-UAAP at pang-reserve namin.”

Regarding Ricci Rivero, Ayo is not changing his stance.