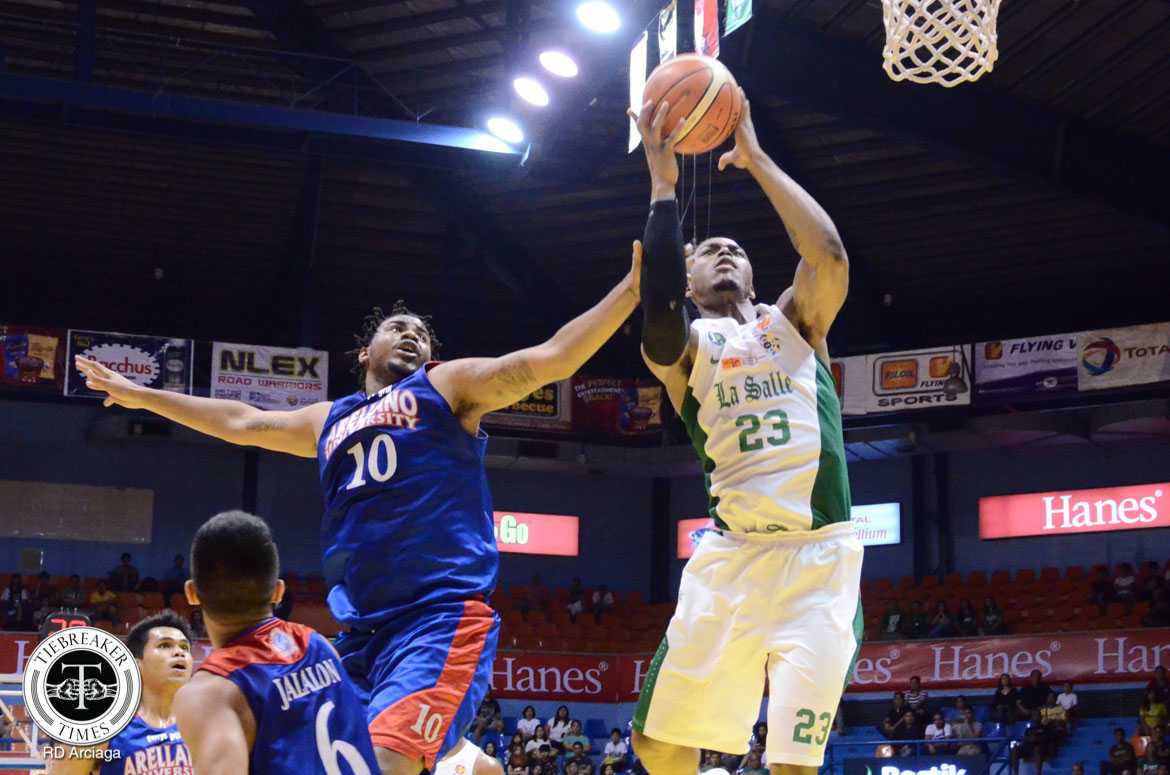 The 2016 rendition of the De La Salle University Green Archers is arguably the most dominant to ever step foot in the FilOil FLying V Premier Cup’s ten year history.

In the ten games they have won in this tournament, the Taft Avenue cagers won by a margin of 15.5 points per game. The widest margin they won? A whopping 32 point win over rival Ateneo.

Leading the way for the Green Archers is Cameroonian student-athlete Benoit Mbala.

However, the numbers don’t matter to the 6’8 big man. The only thing that matters for him is getting the W’s. “Well, i’m not really aware of things that I’m doing right now. I’m just really trying to focus on what coach is asking me to do,” the Premier Cup MVP said. “I’m really trying to play at all costs. Coach wants me to be present everywhere, defensively and offensively.”

“I’m not just looking for points or blocks, I’m just really looking to help the team and follow what the coach is asking me to do.”

With his consistent performance in the Premier Cup, Mbala has separated himself from the field and is one of the clear cut favorites to win the UAAP MVP crown this upcoming season. The Kid from Cameroon though is not thinking about personal accolades but rather just thinking about how he can be a better teammate. “I’m not looking for those things, you know, I just really want to be there for the team and my teammates,” he shared. “I just want my teammate to know that I can have their backs. I’m not looking forward to getting this or that.”

“I just really want to help the team on offense and defense, that’s it”

With Mbala and Green Archers performing like this in the pre-season, what more can the UAAP expect from this team come the real season?