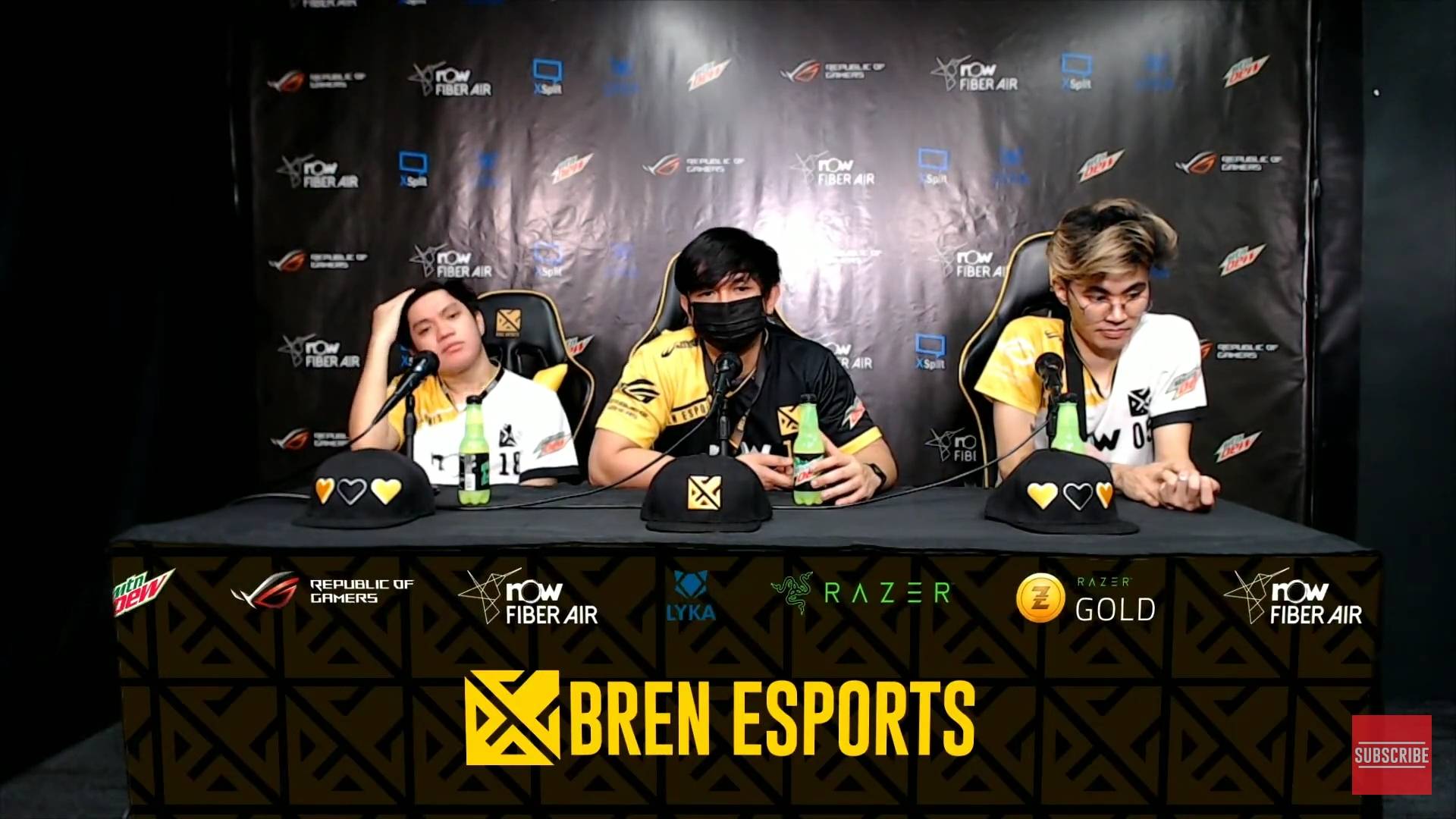 The defending champions, who dropped to a 0-2 hole early in their upper bracket series against the league-leading Blacklist International, rose back from the dead and tied the series at 2-all only to lose the decider in dominant fashion.

And for Duckeyyy, that first Turtle down the bottom lane which was secured by Danerie “Wise” Del Rosario’s Yi Sun-Shin spelled the difference in the nail-biting five-game series.

Entering the two-minute mark, the world champions were poised to secure the Cryoturtle after forcing the Flicker of Mark “Eson” Gerardo’s Rafaela and Wise’s Mountain Shocker all thanks to the aggressive play of Angelo “Pheww” Arcangel’s Pharsa and Allan “Lusty” Castromayor’s Khufra.

Pheww also chipped Wise and Johnmar “OhMyV33NUS” Vilalluna’s (Popol and Kupa) health bars in the process by using his Feathered Air Strike and flickering in the middle lane river.

However, that seemed to have backfired for Bren Esports as Pheww, who entered the right bush in the middle lane without any vision, was taken down by OhMyV33NUS to put Blacklist International ahead by one in manpower during the Turtle fight.

Karl “KarlTzy” Nepomuceno’s Lancelot was able to close in on the objective but was beaten by Wise and his well-timed Retribution. KarlTzy, who almost ran away with a sliver of health, was chased by Edward “Edward” Dapadap’s Paquito.

For Duckeyyy, it is highly likely KarlTzy can take down three of Blacklist International’s members during the skirmish if only he got the Turtle buff which grants the killer a shield and bonus Physical and Magical damage.

Unfortunately for them, that did not go their way as Blacklist International used that first Turtle to snowball and take a dominant 16-4 win.

Bren Esports will go down the lower bracket and fight for tournament life against Work Auster Force on Friday while Blacklist International will face Aura PH in the upper bracket finals on Saturday.