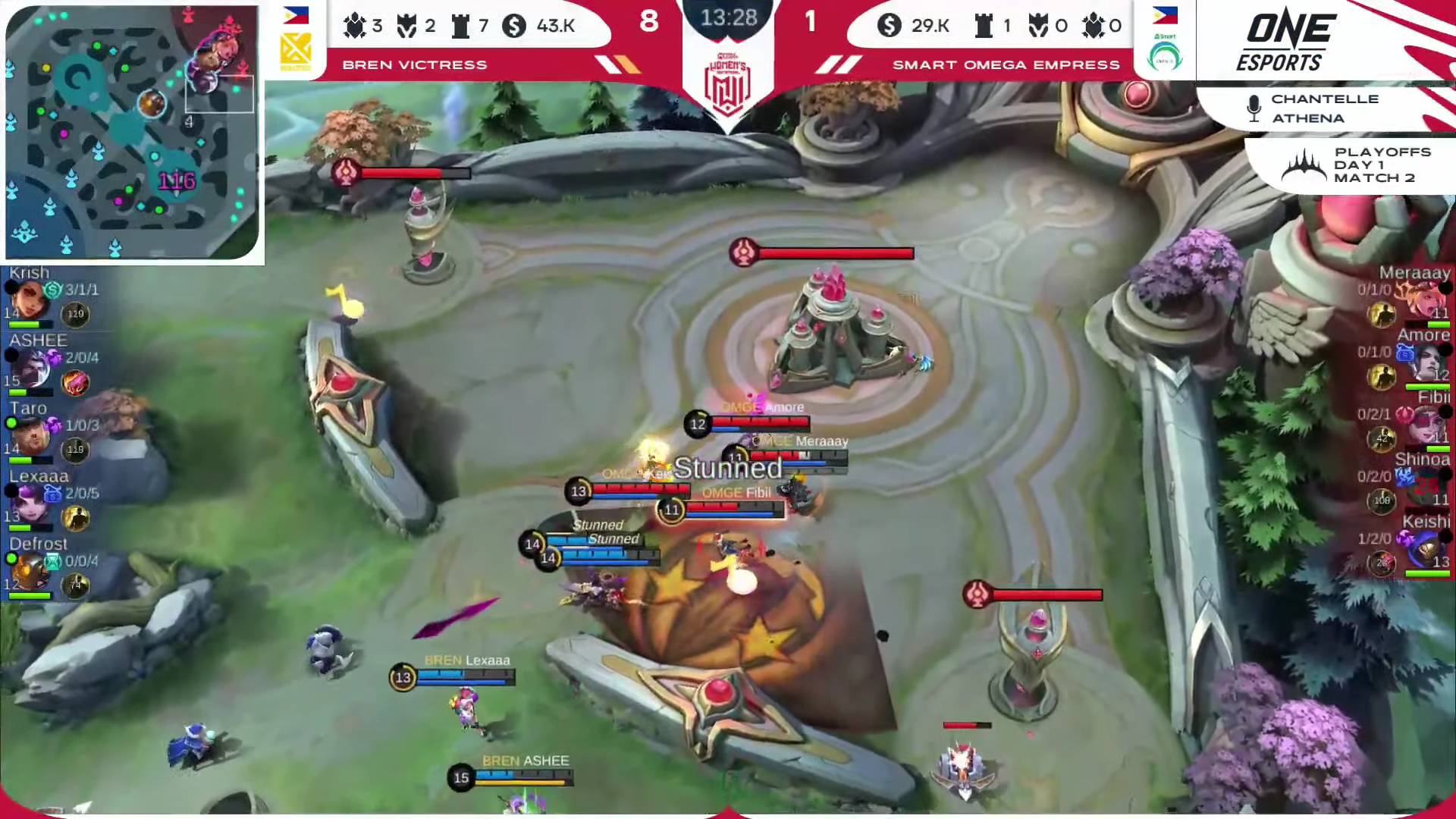 The Victresses started the series hot, constantly hounding the Empresses by constantly engaging in skirmishes which completely dictated the tempo of the match.

Taro was unstoppable on her Brody, putting up seven kills and four assists without a single death in the dominant 16-1 win in just 14 minutes and 32 seconds of action.

Defrost, who spearheaded the aggressiveness right from the get-go, collected a game-high 13 assists along with a kill on Ruby while Lexaaa’s Kagura was reliable as ever with five kills and seven assists.

On the other hand, Amore’s Lylia registered Omega Esports’ sole kill in the contest. She had a kill and three deaths.

Bren Esports wrote the same story in Game Two, only this time, Omega Esports looked like they were about to come back from the hole.

Meraaay (Lolita) was able to set up a perfectly-timed Noumenon Blast which took out Taro’s Clint. However, a counter-engage from the side of Bren Esports spelled doom for the SMART-backed squad.

Lexaaa paced the Victresses with three kills and nine assists in the lopsided 14-3 Game Two win which lasted for 16 minutes and 35 seconds.

Bren Esports will take on the unbeaten GPX Basreng in the semifinals.