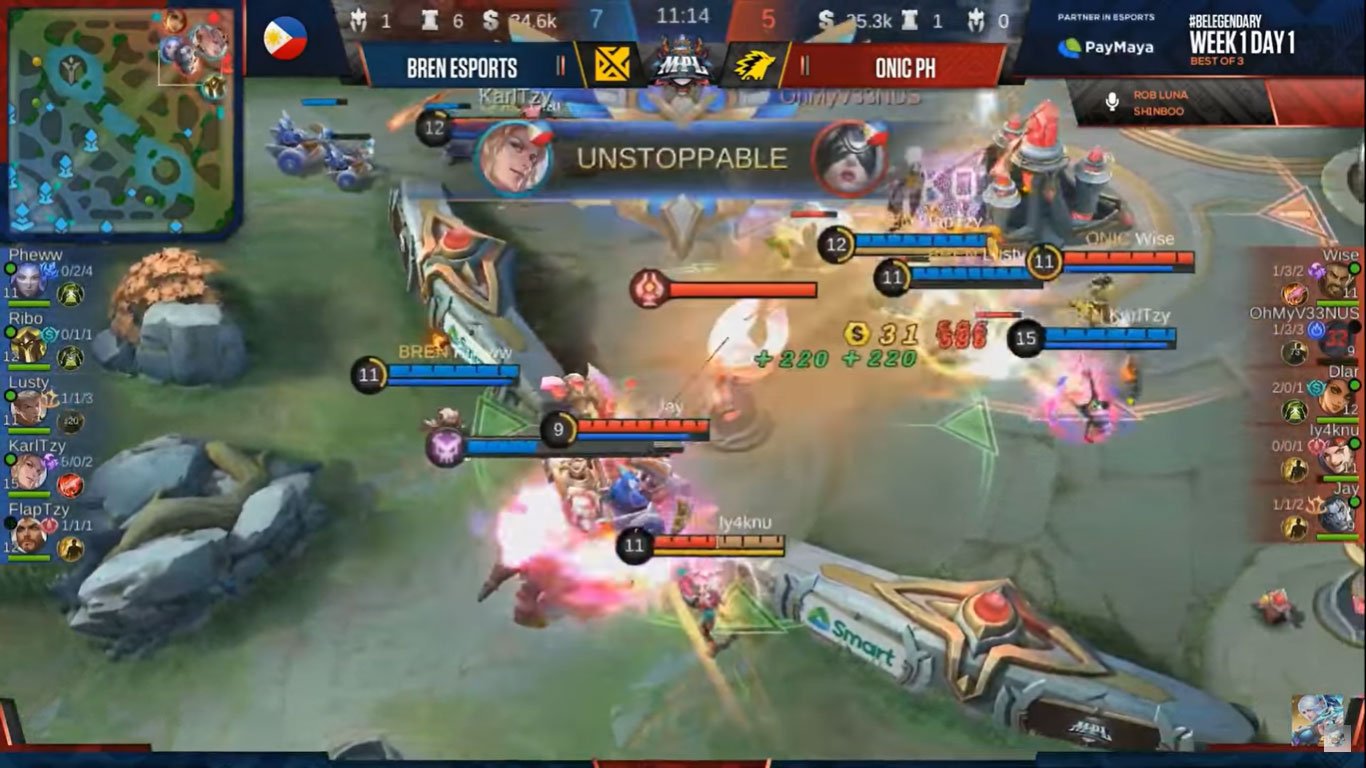 KarlTzy put on a show for BREN Esports, while H2Wo had a phenomenal debut for NXP Solid in the season opener of the Mobile Legends: Bang Bang Professional League-Philippines Season Six, Friday evening.

Through the major threats of KarlTzy (Lancelot) and Lusty (Chou) in the early-goings of Game Three, BREN Esports were able to take down six of ONIC PH’s outer turrets and establish almost a seven thousand gold advantage approaching the 11-minute mark of the game.

Also, the reigning Razer SEA Invitational champion took down the lord during that span which ultimately tipped the scales to their side.

With the luminous lord entering the middle side of ONIC PH’s camp, KarlTzy swiftly dashed inside to take down their number one defender in OhMyV33NUS (Pharsa). Lusty followed it up with a way of the dragon on Wise (Roger) which led to a kill for the 15-year-old prodigy.

Ribo (Uranus) was able to get a kill on Jay (Khufra). Meanwhile, ONIC PH’s Dlar (Esmeralda) — who managed to eliminate Pheww (Luo Yi) — was taken down by KarlTzy as well, sealing the deal for BREN Esports.

“The fewer mistakes we make, the higher chance we have at winning,” bared BREN Esports head coach Francis Glindro after his wards’ 2-1 victory over the MPL-PH Season Five runners-up.

“Nothing special, he is just confident with his Chou for the past few weeks,” he added when asked about Lusty’s decision to play Chou for the majority of the series.

KarlTzy finished with a clean 10-0-4 KDA along with a total net worth of 12,337 for the BREN side. Meanwhile, the debuting FlapTzy, who had outstanding performances in the first two games of the series, had two kills, one death, and three assists.

The troika of Lusty, Ribo, and Pheww chipped in for 17 assists and two kills.

Dlar, on the other hand, was the lone bright spot for ONIC PH — who won Game Two — with three kills, a death, and an assist.

NXP Solid had an outstanding debut, sweeping BNK Blufire in the second match of the day to kick-start their first-ever MPL campaign.

H2Wo played Yi Sun Shin in the first game, putting up seven kills and nine assists with a total net worth of 12,492. The NXP rising star then had 10 kills, a death, and eight assists in the second match using Ling.