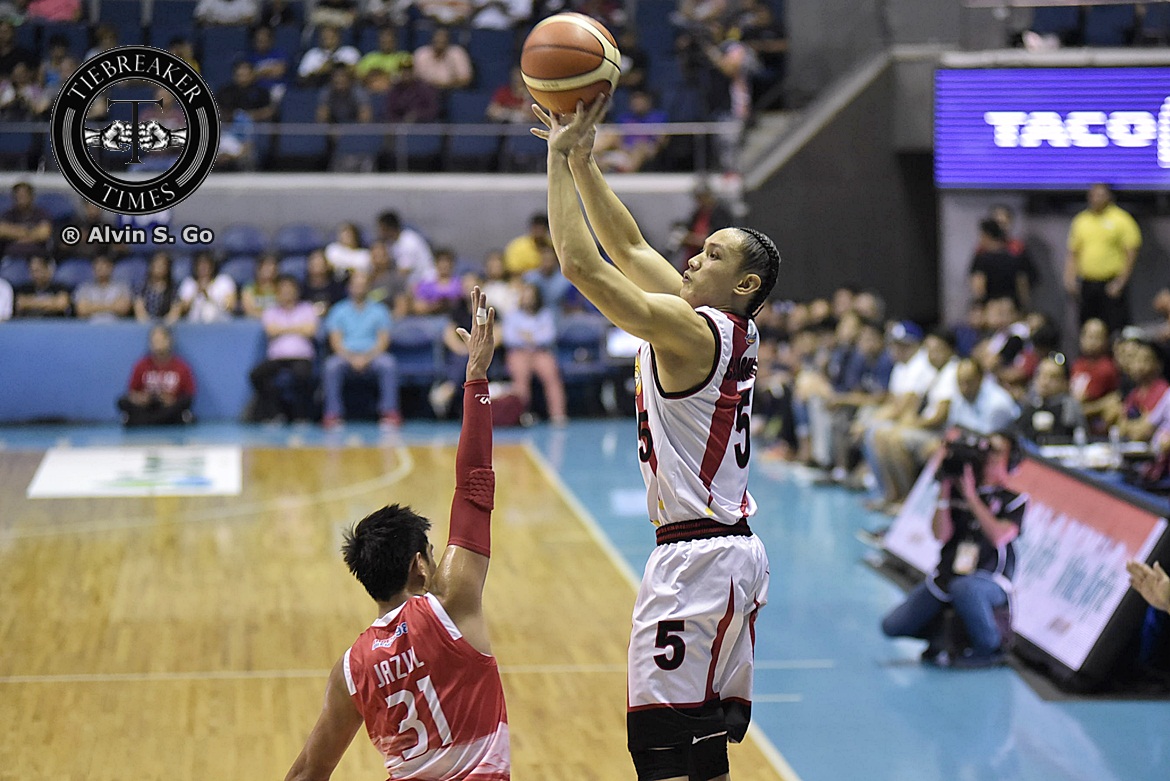 As the list of Best Player of the Conference candidates for the 2017 Commissioner’s Cup rolled out Monday, Alex Cabagnot, surprisingly, was sitting atop with norms of 15.1 points and 6.6 rebounds he posted in the elimination round.

But for the 5-foot-10 combo guard, being on top of the heap and having the possibility to snag home his first-ever BPC plum is the least of his concern.

“The accolades will favor us more ’cause it’s a team sport. I’m happy, but that’s not the overall goal,” Cabagnot pointed out moments after San Miguel’s masterful semifinal-clinching win over Phoenix Fuel Masters, Tuesday night at the SMART-Araneta Coliseum.

Cabagnot leading the race may come as a surprise for many, but his numbers back in the first round prove that he deserves it. The 34-year-old guard even posted double-doubles against NLEX, Alaska, and Globalport.

But still, the Filipino-American believes that he will not be on top of the leader board had teammate June Mar Fajardo, who has collected five BPC hardwares so far, did not miss a handful of games due to Gilas Pilipinas duties.

“Well, I think June Mar has a few games that he didn’t play. You know what I mean? BPC is the ‘June Mar Fajardo Award’ in my opinion,” the 2015 Comeback Player of the Year opined.

The Beermen have now booked the first-ever semifinal spot in the mid-season conference. And for the award front runner, his and the team’s main goal is set on one thing — the Commissioner’s Cup Finals.

“I haven’t been in the finals in the second conference, and that’s what we’re striving for, to get to the finals. Hopefully, God willing, we win.”