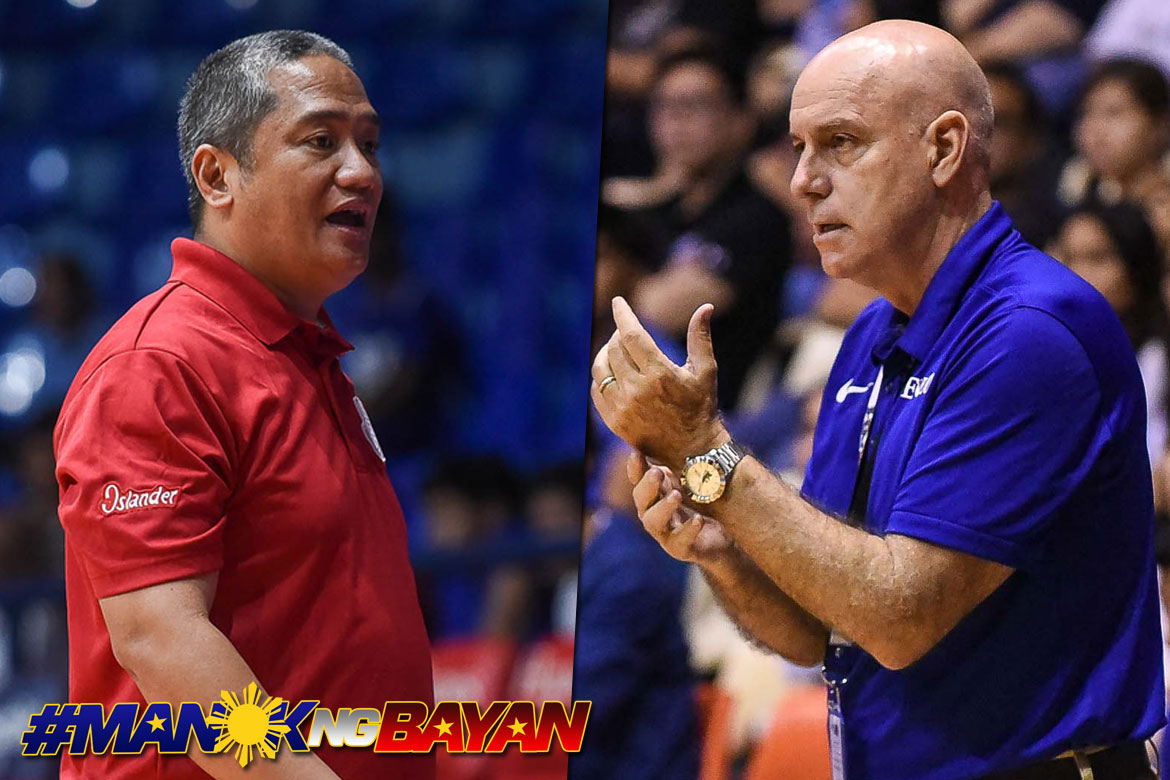 For extending their respective squads’ dynasties, two of the best and brightest coaches in the collegiate basketball scene are set to be feted.

San Beda Red Lions head mentor Boyet Fernandez and Ateneo Blue Eagles chief tactician Tab Baldwin will be hailed as the Coaches of the Year in the 2019 Chooks-to-Go Collegiate Awards, presented by SportsVision on Monday, May 27 at the Amelie Hotel Manila in Malate.

Fernandez guided the Red Lions to their 11th title in the last 13 years; their 22nd overall in the NCAA Seniors Basketball Tournament.

During the tournament, San Beda only lost once, capping the season with a 14-game winning streak – including a two-game sweep of the Lyceum Pirates in the Finals.

This will be Fernandez’s fifth Coach of the Year plum. He is tied for most in the category with former Ateneo Blue Eagles head coach Norman Black.

For his part, Baldwin is set to receive his second straight Coach of the Year trophy in this annual event organized by the Collegiate Press Corps, composed of scribes from print and online outfits covering the NCAA and UAAP.

Besides the UAAP, Baldwin also led Ateneo-Pilipinas to a valiant fourth-place finish in the 2018 William Jones Cup, even if they were the only collegiate team in the Taiwanese pocket tournament for national teams and clubs.

The Fighting Maroons were the feel-good story of the collegiate season, overcoming a shaky start to get things together late in the UAAP tournament.

The team led by Paul Desiderio ended up breaking a 32-year Finals drought to end up with silver – the school’s first podium finish in the sport in 32 years as well.