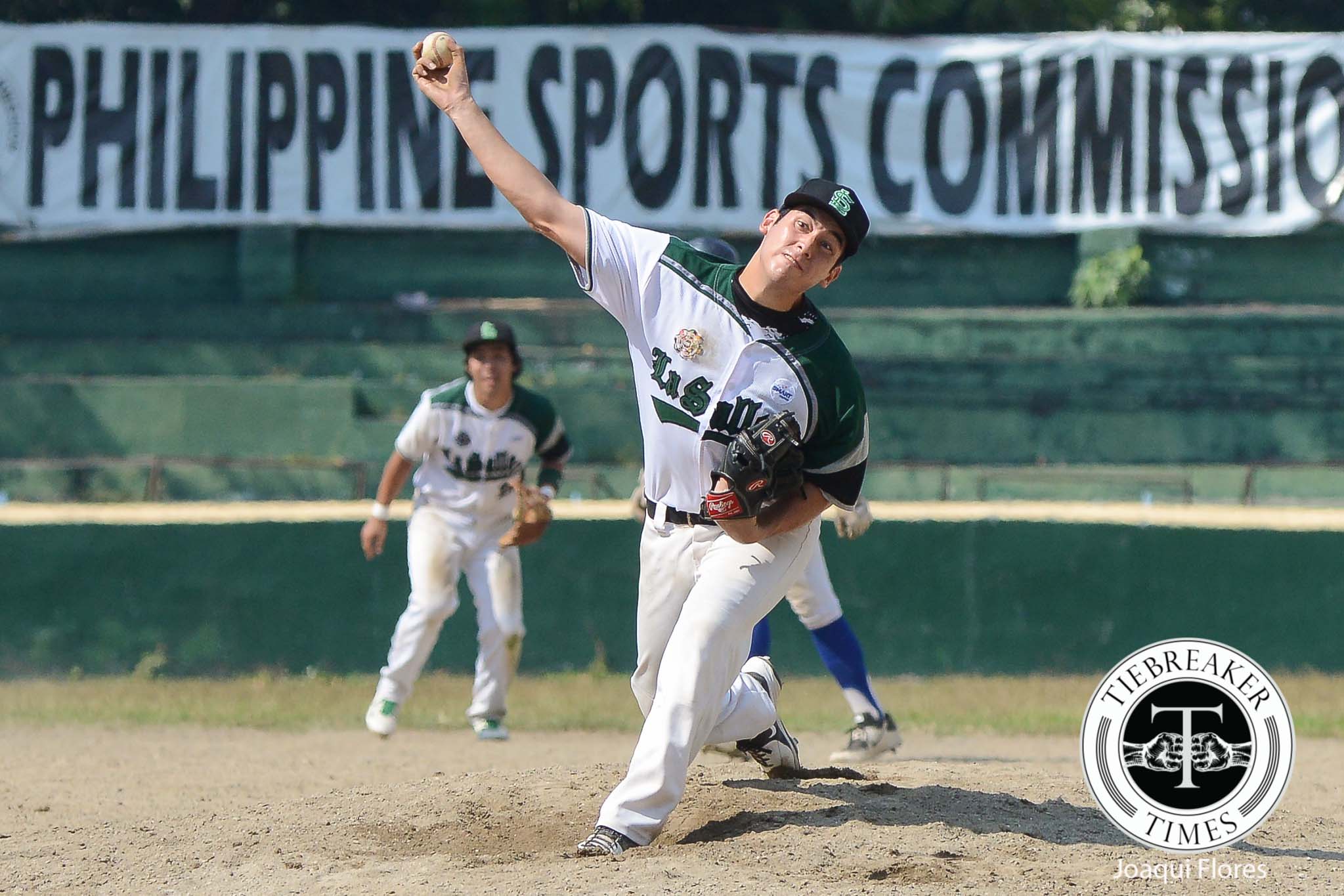 After his 10 inning game went for naught last Wednesday against UST, Boo Barandian was able to lead the charge, towing the De La Salle University Green Batters against defending UAAP Baseball Champions Adamson University Soaring Falcons, 10-2, and bounced back to take their third win of the first round, Sunday afternoon at the Rizal Memorial Baseball Stadium.

Head coach Joseph Orillana expressed his disappointment to his wards after that recent loss against the Golden Sox. “Parang nadala nila yung talo nila against Ateneo. Naging dry sila,” he said of that previous game.

The response was overwhelming from both sides of the innings they contest in the day’s battle against their Finals tormentors as after just two scoreless frames and after conceding a run in the opener, the Green Batters finally broke the Adamson defense.

Starting back from the top of the batting order and after absorbing two outs, Barandiaran started it off with a base hit near the third base foul line. Captain Iggy Escano’s first hit followed before two more singles registered the two runs for La Salle. Kiko Gesmundo’s and Gabo Pineda’s hit sent Barandiaran and Escano home, respectively.

The Green Batters knew that they were not yet out of the woods as the Soaring Falcons has the ability to overhaul huge deficits as shown by the latter’s most recent comeback win past the Ateneo De Manila University. Thus, it was imperative for the Green and White to add more runs.

The senior Barandiaran did exactly that as he sent a booming hit into the right-field fence for a home run as he scored two for La Salle, bringing home Diego Lozano. Escano once again reached the plate as well on a show of good base-running.

The sixth inning was nothing short of spectacular as La Salle put away the game for good after plucking five more runs. Designated hitter Mark Evangelista, Paulo Salud, Lozano, Escano, and Gesmundo registered the runs, two of them earned and the other one aided by an error from Adamson shortstop Vitrex Castillo.

Nonetheless, the huge win can be attributed to La Salle’s 18 hits throughout the match. Pitcher Luis Minana has also anchored the defense as he allowed two runs off Adamson’s measly eight hits.