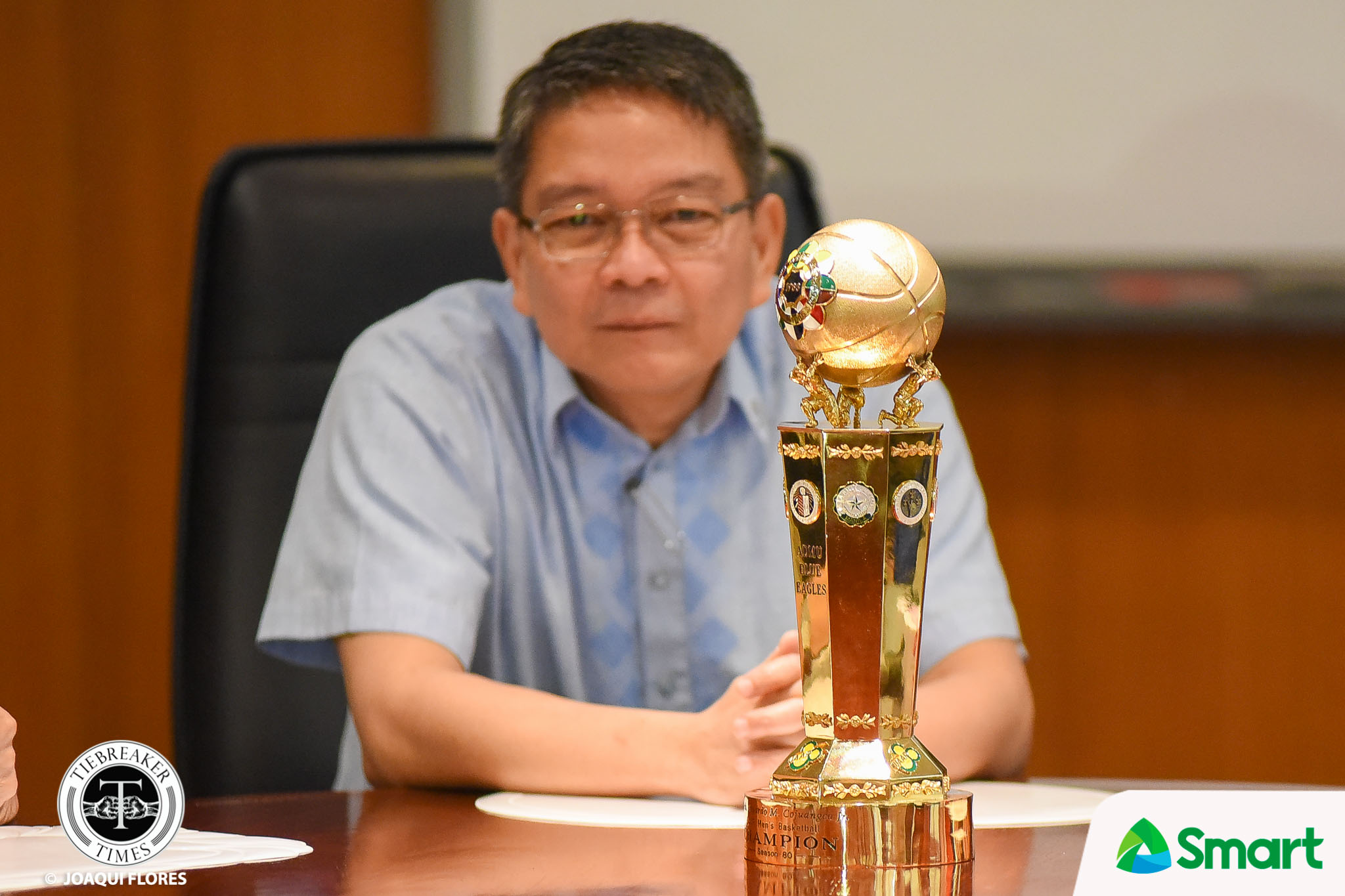 With Fr. Jett Villarin’s term as president of Ateneo de Manila University coming to an end last July 31 — the feast day of St. Ignatius of Loyola, the Blue Eagles made sure to express their gratitude to him.

Members of the last nine Ateneo Men’s Basketball Team’s performed their rendition of Hamilton’s “You’ll Be Back”.

The video was directed by Sandy Arespacochaga and Jon Jacinto and organized by Blue Eagles team official Debbie Tan.

“Fr. Jett, thank you so much for your nine years of service, for your leadership, for your dedication,” said the businessman, who has a Bachelor of Arts degree in Economics degree in Ateneo.

“Just wanted to congratulate you on your stint at Ateneo. It’s an understatement that you did a great job there,” said current Meralco head coach Black.

“Don’t be a stranger. Come back and see us and I hope that’s very soon,” expressed current Ateneo tactician Baldwin.

“Take care, Father, and I hope you the very best.”

Fr. Jett will be succeeded by Fr. Roberto Yap.