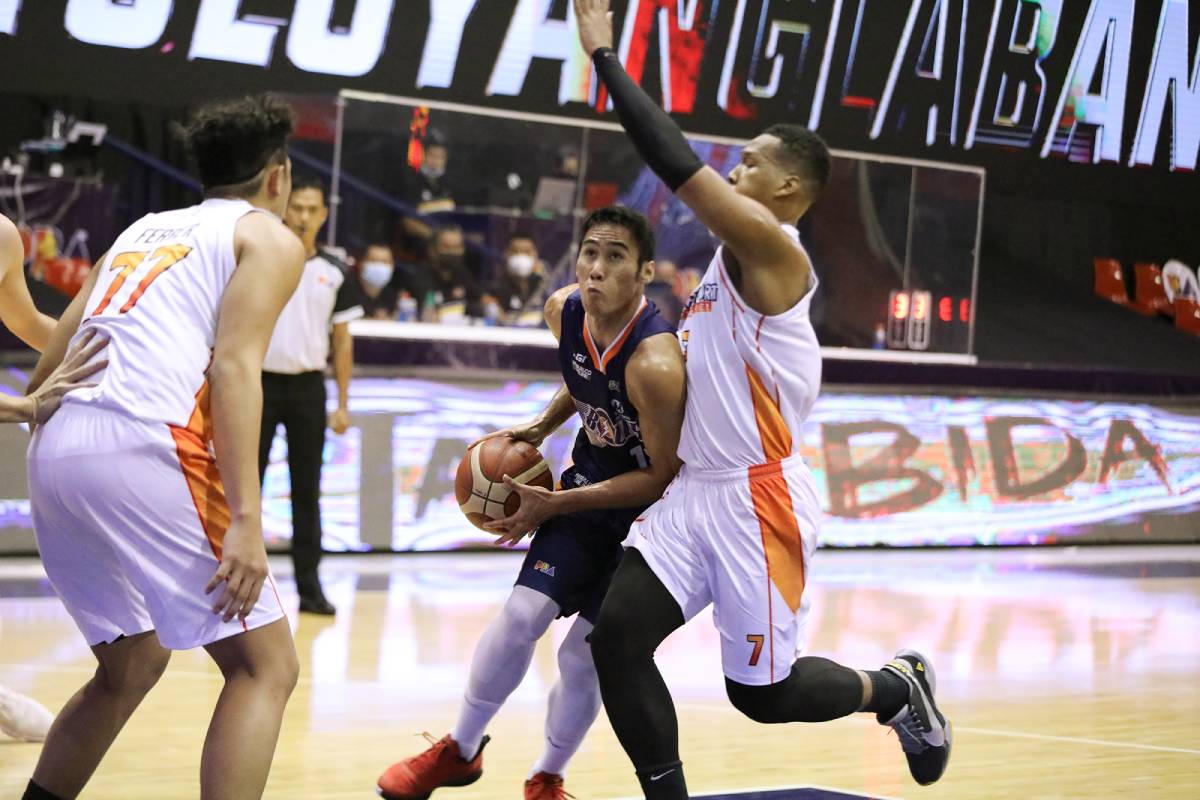 Mac Belo wasted no time proving his worth as he powered Meralco to a dominant 85-63 conquest of an off-target NorthPort in the 2021 PBA Philippine Cup, Friday evening at the Ynares Sports Arena in Pasig.

Acquired from an off-season trade from Blackwater in exchange for Baser Amer and Bryan Faundo, the five-year pro finished with a career-high 27 points on 11-of-18 shooting from the field, on top of nine rebounds and three assists.

“He seems to be enjoying being a part of the Meralco team, and he showed tonight on the court, because he led us to this victory,” head coach Norman Black said. “Hopefully, he can continue playing well in our future games.”

Belo sparked the Bolts’ third-quarter pullaway, scoring seven in an overwhelming 15-3 scoring spree that flipped a narrow 41-35 lead to a wide 56-38 advantage with less than two minutes remaining in the said period.

The opposition could not recover since, and Meralco went on to enjoy a lead as high as 25, 83-58, courtesy of Jammer Jamito with 2:19 left to play.

“It really wasn’t a smooth first game. The offense was not as smooth as we would have liked. Fastbreaks were a little bit sporadic. Fortunately, our defense held up and played very good defense today as a team,” Black said.

Veteran gunner Allein Maliksi was the only other double-digit scorer for Meralco with 14 markers on 15 shots, although all but two of the 15 players Black fielded chipped in at least two points in the opening day victory.

“It’s a good first game, it’s a good start. I mean you want to get off to a good start in this conference, you don’t want to fall behind. To get that first win, it’s a big thing for us,” said the decorated mentor.

Sidney Onwubere finished with 13 points to lead NorthPort in the disappointing loss that has rewritten the league’s history books.

The Batang Pier posted their lowest output in franchise history. That was five points fewer than their previous record, which came in a narrow 68-70 loss to Rain or Shine early in the Philippine Cup bubble in Clark last year.

They also shot 17-of-81 for a 20.9-percent field goal shooting, which is the second all-time lowest FG percentage in the league.

“If Greg was out there, that’s a completely different story,” he added. “It’s like playing against June Mar Fajardo. You really have to pay attention to him.”

The loss also spoiled the return of Robert Bolick, who’s back after missing the bubble as he continued his recovery from the ACL tear he suffered in October 2019. He finished with 11 points on 4-of-19 shooting and nine boards.

Meralco looks to sustain its momentum when it battles San Miguel Beer on Sunday, July 18, at 2:00 p.m., while NorthPort aims to redeem itself by taking on Phoenix Super LPG on July 21, Wednesday, at 3:00 p.m.