Bagunas delivered 21 points on 16 hits and five block kills, but was not enough from preventing his team’s collapse in the last three sets.

Weiss Adler were on its way to its first win after nabbing the first two sets. Unfortunately, though, the Stings pulled out all the necessary stops to extend the match to a deciding fifth set.

From there, it was all JTEKT to complete the come-from-behind victory and hike its record to 6-2.

Yuji Nishida lifted the Stings with 27 points built on 24 hits, two service aces, and a block.

Bagunas and Oita Miyoshi look for their first win on Saturday, 4:00 pm against the Toray Arrows at the Sumida Ward General Gymnasium. 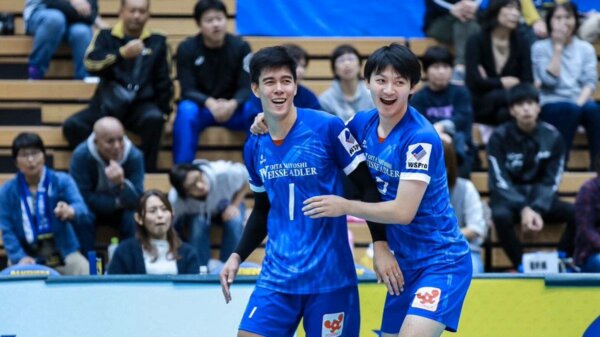