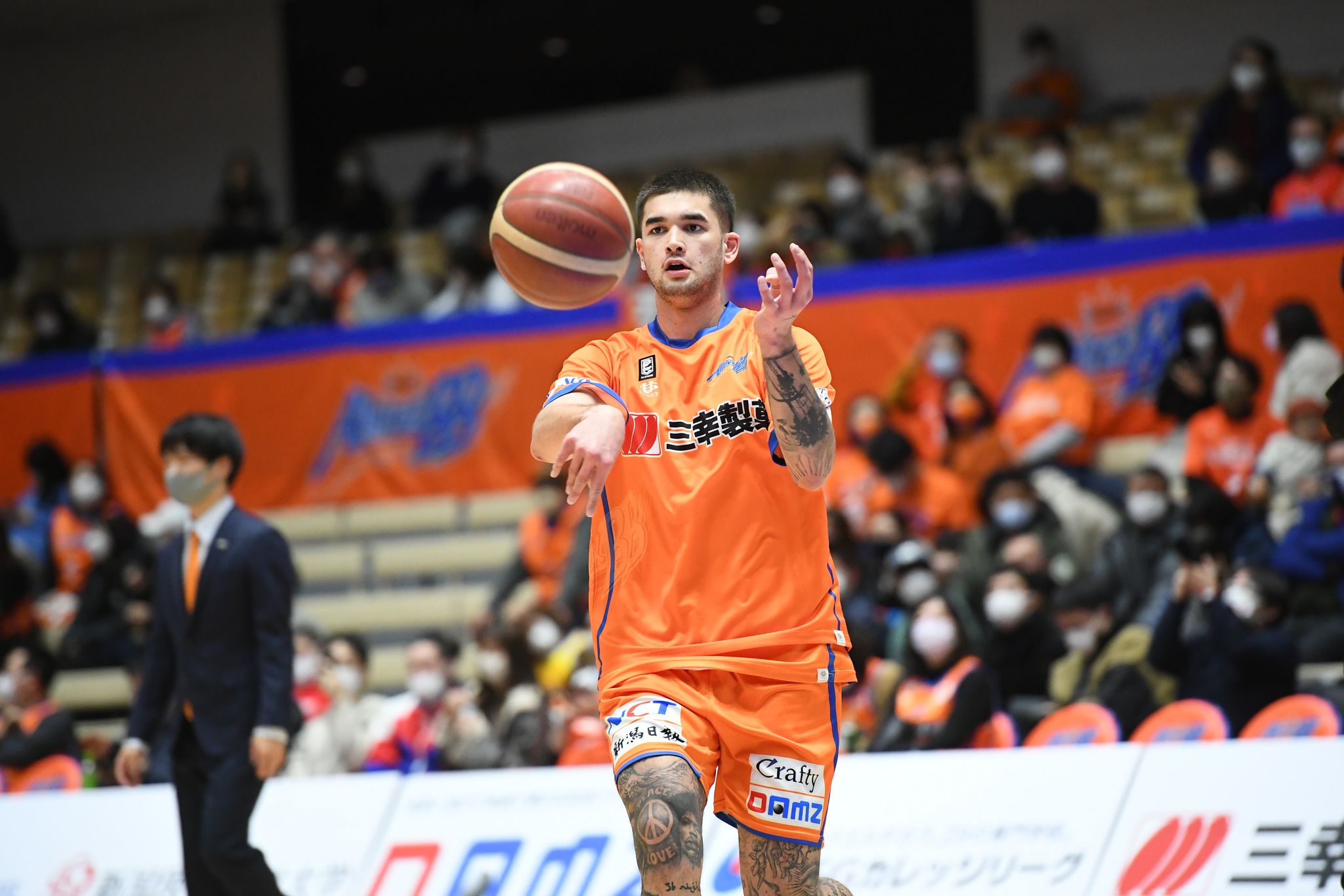 Kobe Paras and Niigata were dealt an embarrassing 59-89 loss by a shorthanded Shinshu team in the 2021-22 B.League season, Sunday at the City Hall Plaza Ao-re Nagaoka.

It was another crushing defeat for the Albirex BB. They suffered their 25th straight loss to fall to a league-worst 2-26 record.

Despite having just nine players for the game, the injury-ridden Brave Warriors were on-point defensively right from the get-go.

Shinshu limited the home team to just seven points on 3-of-18 shooting in the first quarter alone. Anthony McHenry had the same output all by his lonesome during that span, putting up seven of the Brave Warriors’ 15 points.

It would only get worse from there. Shinshu never cooled down from the field, shooting a mighty 52-percent while limiting its opponents to just 32-percent.

The Brave Warriors had four players score in double-figures with Josh Hawkinson leading the way with 21 points and 15 rebounds. Ko Kumagai added 14 points, while McHenry and Louis Kurihara chipped in 12 and 11 points, respectively.

Matt Aquino played in the last four minutes of the game, finishing with two points and a block.

For the fourth time this season, Kobe Paras went scoreless in 13 minutes of play, going 0-of-4 from the field with a steal.

Niigata will next face Hokkaido on Wednesday at Hokkai Kitayeru while Shinshu hosts Ryukyu on the same day.